Shimon Peres and the Case for Unstoppable Israeli Optimism 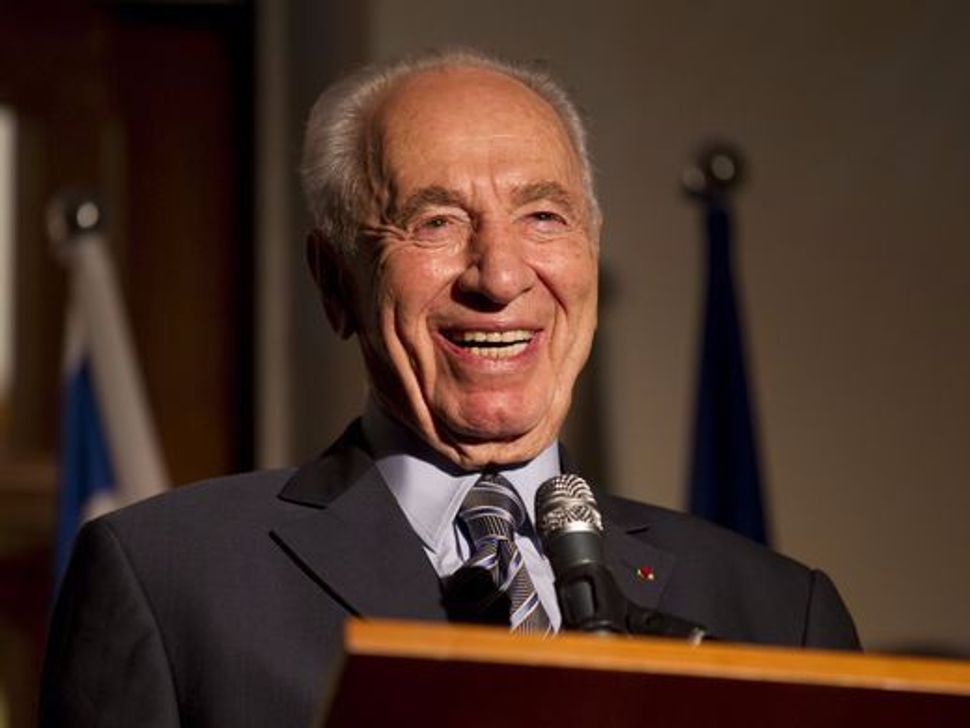 The first time I met Shimon Peres was 20 years ago, at a heartbreaking stage in his long career. He was in Philadelphia to receive the Liberty Medal, awarded annually to world leaders who promote the blessings of liberty. The prize was to be shared with Jordan’s King Hussein.

But just weeks before the July 4, 1996 ceremony, Peres was narrowly defeated as prime minister, and Hussein could not afford politically to appear with him. Neither could high-ranking officials from the White House or the U.S. State Department.

So what should have been a rousing celebration of the power of diplomacy and visionary leadership was instead a lonely ritual shrouded with melancholy pessimism and defeat. “I know what the people need,” Peres quietly told me in an interview on the eve of the ceremony. “I don’t know what they want.”

And yet, two decades later, in a stunning turnabout of the human spirit, Peres died an eternal optimist, an unstoppable, buoyant champion of peace and reconciliation. He became the beloved grandfather of the Jewish people — at least in the Diaspora. His confidence in the future served as an aspirational gift to generations much younger than he.

This is what I will miss most. I recognize that Peres was far more loved and admired abroad than at home, where his well-honed penchant for celebrity and showmanship rubbed Israelis the wrong way, and where nostalgia for Israel’s founding generation of leaders is subsumed by the struggles and complications of everyday life.

I remember attending his star-studded 90th birthday party in June 2013. I thought it was pretty cool that the likes of Bill Clinton and Barbra Streisand journeyed to Jerusalem to fete a man in his ninth decade. My Israeli friends merely yawned.

But we in the Diaspora needed someone like Peres, who could reflect our loftiest values and ideals, and whose belief in the possibility of implementing those ideals never flagged. He wasn’t naïve; he understood that a people under threats of terror — as Israelis were in the bloody months leading up to that smashing 1996 loss — will revert to a basic instinct of protection.

In our interview back then, he described a letter he received from a 17-year-old boy in a wheelchair, who acknowledged that he was reluctant to walk for fear of the change it would bring. I don’t know how life will treat me, the boy said.

The letter continued: The boy’s girlfriend was blind, and she, too, was afraid of what would happen if she could one day see again. What will she do in the daylight?

“It’s the same for nations,” Peres said. “They are so afraid to become free.”

By then, the veteran hardline warrior had already put down his arms, confronted his own fears, and moved beyond them. He knew that the first and hardest step toward peace is recognizing the humanity of your enemy, which he was ready to do.

“Peace is not just a wedding party,” he told me, in one of his many famous aphorisms. “It’s a family life you have to maintain. The art of family life is to remember that there are two partners.”

He worried, even then, that his successor as prime minister, Benjamin Netanyahu, would not embrace Palestinian statehood and seek instead to maintain the status quo, where Israel rules another people and where its borders and security remain uncertain. Peres was right to worry: Now in his fourth term, Netanyahu has paid a great deal of lip service to the cause of peace, but barely budged on actually doing anything, choosing rather to dramatically expand the Jewish presence on land that would make a future independent Palestinian state possible, and denigrating its leadership beyond repair.

Peres chose a different path. Over the ensuing years, he managed to achieve, as Israel’s president, a pulpit from which he could preach his hopeful belief in a pluralistic Israel at peace with its neighbors, and he found a global audience willing, indeed eager, to listen.

“Permit me to remain an optimist,” he said in his inaugural presidential address before the Knesset. “Permit me to be a dreamer of his people.”

Now that he is gone, I find myself asking: Who will be Israel’s optimist? Who will dream on behalf of all its people?

Though Peres was able, with the PLO’s Yasir Arafat, to duplicate the partnership he crafted with King Hussein, his political skills inside Israel never matched his rhetorical ideas. But the journey he took from war to peace, from pessimism to optimism, toward an Israel that truly lives up to its democratic potential, cannot be buried with him. We need Shimon Peres, or someone like him, today more than ever.

Shimon Peres and the Case for Unstoppable Israeli Optimism