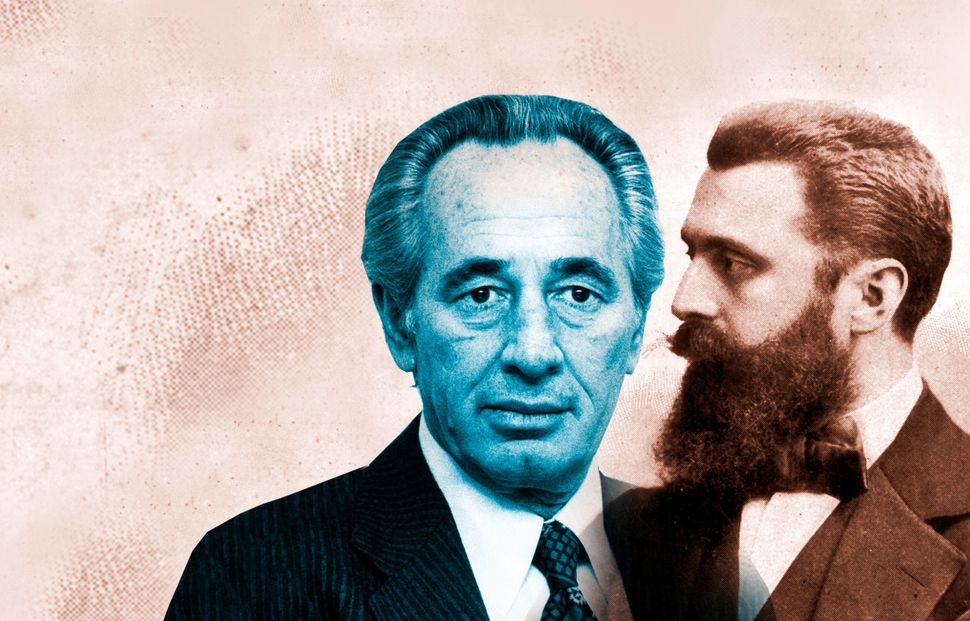 Anyone who came of political age in the 1980s or 1990s and followed Israel closely will have complex feelings about Shimon Peres. Like so many great democratic leaders, he was also a politician, and in the thick of the country’s internal battles he was never seen inside his own country through the same lens as around the world.

His own party often questioned his leadership: Despite serving as prime minister three separate times, he never actually won a national election outright, and he was once even heckled as a “loser.” As for the opposition on the right, his parliamentary chicanery and unusually polished presentation made him a magnet for their vilification. And that was before the quixotic 1993 Oslo Accords and the terror that followed, which brought his final electoral defeat in 1996.

Yet today, all these feelings are dwarfed by the colossal achievements of the man.

Peres was complicated, perhaps the most enigmatic figure in Israeli history. His acts as a savvy weapons-procurer in the 1940s and 50s, as the wheeler-dealer behind the nuclear project Israelis just call “Dimona” in the early 1960s, and as the modernizer of the Israeli economy in the mid-1980s in the face of economic collapse, heralding what would become a new era in Israeli market-driven growth, were heroic.

His behind-the-scenes support for the settlement movement in the 1970s — which he saw as a kindred idealism and as vital for widening the Jewish state’s impossible borders — baffled many in his own party. His stewardship of the Oslo process in the 1990s, though problematic in so many ways, nonetheless brought a breakthrough in Israel’s global status.

In his final career move, at the age of 83, Peres left the trenches of politics and assumed the presidency after the two previous holders of the office had brought the country little more than shame. In this last great role, he finally earned the nation’s admiration, and may well have saved the presidency itself — an institution that, though largely symbolic, does more than almost any other to foster a belief among Israelis that they are all one.

But beyond his achievements, there is something else. Peres symbolized the nation’s dream. Like Theodor Herzl, his mind was half a century in the future, even as he fought to forge new realities. As with Herzl, not every piece of Peres’s dream was workable in his time, and some efforts yielded bitter fruit. But his refusal to let go of the great visions made him an embodiment of Zionism.

Christopher Hitchens once wrote that Herzl’s Zionism was one of the only times in history that a “magical” dream ever became reality. Herzl’s life injected into the DNA of the Jewish state a unique relationship between vision and reality, a tirelessness and cleverness that offered audacity without illusion. In this way, Zionism broke with centuries of Jewish tradition, which had been all about preservation and adaptation. But like Jewish tradition before it, Zionism was always about the affirmation of life, and the vision of a prosperous, secure, decent and free Jewish collective within the confines of the possible.

Like Herzl, Peres injected a boundless creative energy into the Zionist project from his early days, when nothing was needed more than arms to defend the new state from the onslaught of Arab armies, to his last days, when the advent of technology offered the promise of an Israel that could blaze a path forward for humanity. Like Herzl, he saw a great nation as the key to a better world. Like Herzl, he too paid a heavy personal price for his commitment.

But unlike Herzl, he was allowed to keep fighting for it into his tenth decade.

Shimon Peres was the last of Israel’s founding fathers, and with his passage every Israeli feels orphaned, having lost not just the man, but also his whole generation of leaders. Today Israelis know that something very essential — a clear-eyed view of the pre-1948 world, which brought the Jews a homeland with a revolutionary fervor and never stopped building and seeking peace — is gone. Not only is his wisdom gone, but also his romantic urge, for this was a man who even in his nineties articulated a future without fear.

Because he symbolized possible dreams, Peres touched hearts around the world and will be globally honored perhaps more than any Israeli has ever been. But his heart was always for his country. He was our own, our debt to him endless, and Israelis on the left and right will mourn him as only family can.