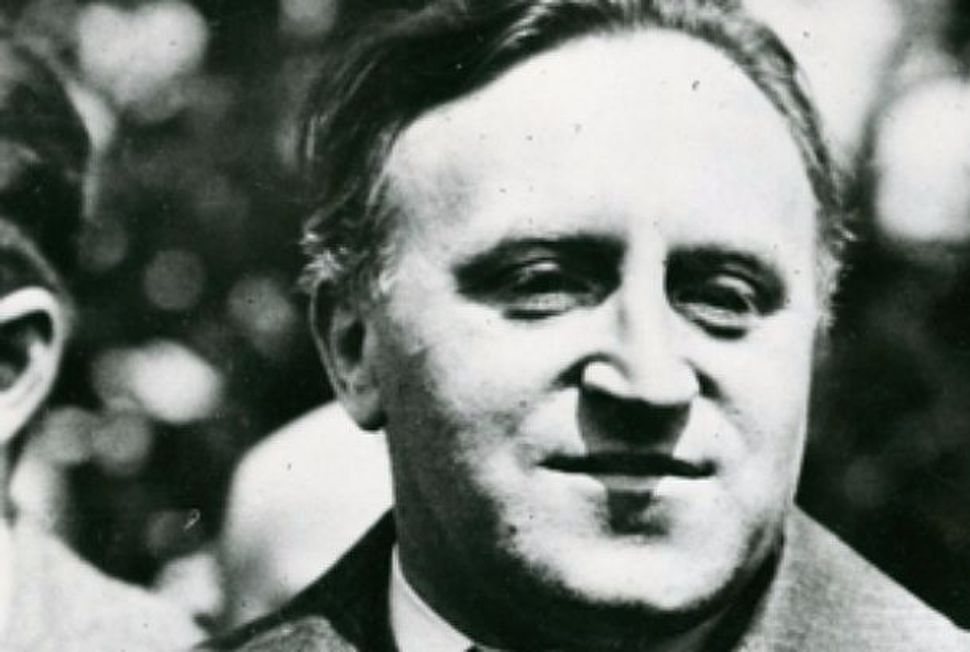 Now that this year’s Nobel Peace Prize winner has been announced, let’s pause to remember the courageous, improbable and tragic story of Carl von Ossietzky, the 1936 laureate, a journalist and activist who exposed the Nazis’ clandestine rearmament of Germany and paid a terrible price for his defiance. Some years, the process of awarding the Peace Prize seems like a strained exercise in wishful thinking or the result of clever politicking. But eighty years ago, it was long-overdue recognition of von Ossietzky’s bravery.

It almost never happened. In fact, von Ossietzky was expected to be awarded the peace prize the prior year, in 1935. By then, he had been in a concentration camp for two years, imprisoned by the Nazis shortly after they came to power for his critical writings, and had become an international cause. Though born to a Protestant father and a Catholic mother, he was outspoken in his warnings about the growing anti-Semitism of the Third Reich. “Today,” he wrote, “there is a strong smell of blood in the air. Literary anti-Semitism forges the moral weapon for murder. Sturdy and honest lads will take care of the rest.”

But the Germans successfully pressured the Nobel committee against honoring von Ossietzky, and the Norwegians caved, awarding no prize that year. By 1936, von Ossietzky was seriously ill with tuberculosis and other ailments caused by his imprisonment, and his situation became ever more urgent. Celebrities including Albert Einstein launched a global campaign to, as TIME magazine noted, “Send the Peace Prize Into the Concentration Camp.”

The Nobel Committee redeemed itself and offered von Ossietzky the prize, which was worth $40,000. (Today, it’s valued at about $1.4 million.) Then a second cycle of drama began, when a furious Hitler threatened to cut off relations with Norway and prevent any Germans, ever, from receiving a Nobel prize. Ab Cahan, the editor of the Yiddish Forward, was among those who weighed in, asking in an editorial in October 1936, “Is Hitler preparing the gallows for Nobel Prize Winner von Ossietzky?”

On November 29, 1936, the Forward’s front page story noted that, the “prize recipient released this statement today for the press: If the government will only permit it, I will definitely travel to Norway. I have been a pacifist and will remain so forever.”

Alas, the Nazis refused to release him and von Ossietzky never made it to Oslo to accept his award in person. The tragedies in his life continued — a swindler stole his prize money, and it was recovered only shortly before he died in 1938 while still in police custody.

Why am I relating this sad tale today? At a time when journalism has become diminished in the public’s perception, we must remind ourselves of its lasting power — of the ability of a single man to defy a totalitarian regime with his words alone, uncovering inconvenient and dangerous facts, exposing government secrets, calling out wrongdoing and discrimination. We must also remind ourselves of the lengths to which certain leaders will go to crush dissent. As Cahan wrote, this is “how bloody Hitler settles things with his foes.” This is how leaders who don’t mind spilling the blood of their countrymen and women settle things with their foes.

And let’s remember this, too: Even though it is fashionable to deride the peace prize as too political or generally irrelevant, it is not. It can recognize uncommon courage and genuine goodness — the kind that Carl von Ossietzky displayed eight decades ago. It cost him his life. It’s the least we can do to honor his memory and emulate his work.