Ahead of Yom Kippur, How Can You Repair Relationships With African-American Jews? 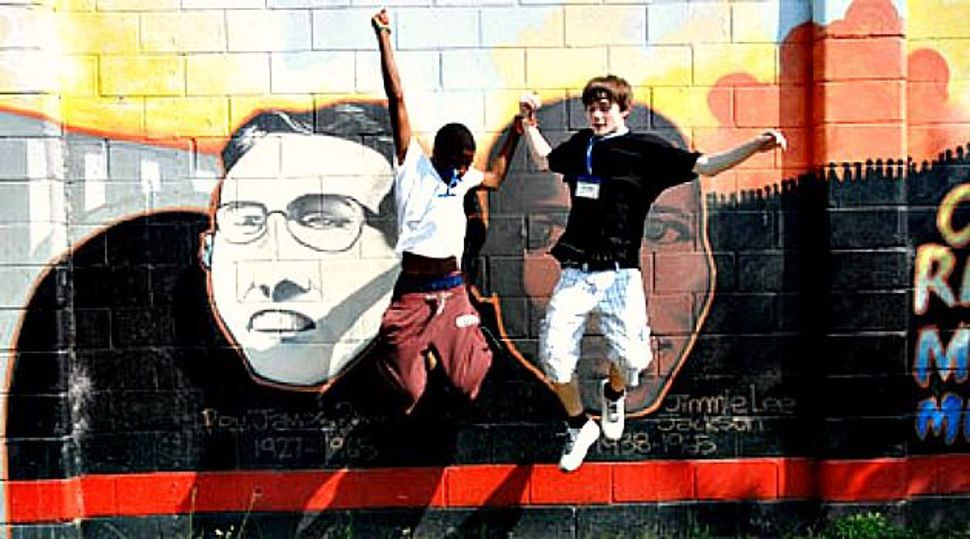 Ever since the release of “A Movement for Black Lives Platform,” African-American Jews have found ourselves in the middle of a horrid battle of narratives, often asked to pass a litmus test and choose which identity dominates: being Jewish or being black.

We can no more choose between being black and Jewish than those of you where were born in this country can choose between being Jewish and American. You are both. Period. We are both. Period. Five weeks abroad will drive that point home unequivocally. Nevertheless, it is understandable that many American Jews would want to reject the Black Lives Movement in its entirety. If only the issue were so simple.

Black Lives Matter is a Jewish issue, first and foremost, because it is a justice issue: “Justice, justice shall you pursue” (Deut. 16.20). At the first Jews of Color National Convening this spring in New York City, our fellow brothers and sisters relayed personal stories of harassment and abuse at the hands of police because of race. One had been singled out on his way to synagogue with “You don’t belong here!” That happened in Brooklyn. Because there are African-American Jews, Black Lives Matter is a Jewish issue.

Black Lives Matter is a Jewish community issue because there are African-American Jewish children. When racism’s cruel face emerges, all our cries to “just ignore those ignorant people” will not help them, shield them, keep them safe, or even keep them Jewish. By not seeing the totality of who these children are — both black and Jewish — we force on them the same irrational choice that we have just rejected. At a fundamental level, is impossible to separate one identity from another. But if our African-American Jewish kids perceive that they must make a choice in order to be authentic, then believe you me, the choice in their young minds is obvious because our world is obvious: these children are black.

With that choice, we as a Jewish community lose. American Judaism is not suffering from a crisis of “marrying out”; rather, we suffer from a crisis of not taking care of the ones in our midst. While teaching at a New York City high school, I was faculty advisor to both the Jewish and the African-American student groups. An African-American Jewish teen I knew (and Asian teens with very Jewish names like Goldberg and Stein) would not be caught dead in the Jewish group, but they needed community and found it with a progressive political student group. Just to be clear: the teens in the Jewish group were compassionate, friendly and warm. But the damage had already been done years before. Time had taught these visibly ethnic Jews that their whole selves were not welcome in Jewish spaces. I know. They told me in no uncertain terms.

Do not make our African-American Jewish children choose by ignoring the obvious. You, as part of the Jewish community, are engaged in the process of raising black children. You need to remember that. This is why Black Lives Matter, because black Jewish children are here. They are your children. They are my children. We are our brothers’ and sisters’ keepers.

Does this pinch? Does the tug of what is intellectually or even morally correct in the abstract, such as support for those who suffer injustice, rub up against concrete reality, such as the brutal injury sustained from “A Movement for Black Lives Platform’s” invocation of our own experience of genocide, still too vast and raw to ignore?

Well, good. It should. That means we are being honest, and the issues are real. Not easy, not comfortable, but real. We remember the Civil Rights movement in glowing, noble terms. What is seldom discussed are the race riots in the North. We wax nostalgic about the easy coalition between African-Americans and Jewish communities then. What is not mentioned are the ruptures since the 1970s and the extensive work undertaken to heal. Our work, too, will be hard, but possible.

What can help us deal with this pinch? Look again at our texts. The bedrock of Judaism rests on difficult conversations. The entire last book of Torah recapitulates cycles of crises, discussions, arguments and decisions between Moses, the people of Israel and God. Talmud is replete with millennia of conversations, and out of that has emerged our thriving millennia-long rabbinic tradition.

Today, we need those conversations. In the same way that we should not run away from injustice, neither can we run away from the difficult conversations that empower people to do the work of racial justice. We need to talk substantially about race and Jews of Color and Black Lives Matter and “A Movement for Black Lives Platform.” The discussions will be contentious and not at all fun, at least at first. Think of them as our Jewish community’s root canal: never invited, seldom desired, obviously needed, readily dealt with, often painful, but ultimately restorative. Ignore the issue and cankerous infection sets in. The remedy for that is far worse.

In this period of transformation and change between Rosh Hashanah and Yom Kippur, let us make the commitment to difficult conversations. Identifying their need is not simply my position; it is that of the Rabbinical Assembly. Let us begin our work to repair our fractured relationships between and among African-Americans, African-American Jews and Jewish communities through deep discussions. Let us turn toward each other, instead of turning away. That turning, that seeing, that recognizing, that redirection is the heart of teshuvah: having missed the mark in the past, we realign ourselves purposefully for a different outcome.

May your Yom Kippur fast be meaningful, may you have courage for the days ahead, may you embrace the difficult but healing conversations about race in Jewish communities and in the United States, and may we, who had once been fervent allies, restore our relationships through meaningful teshuvah.

Tamara Fish, an African-American Jew and ghostwriter, is the immediate past president of Congregation Tehillah in Riverdale, NY. She is also a member of Congregation Ansche Chesed in NYC, Jews for Racial & Economic Justice, and the Jewish Multiracial Network. The views expressed here are her own.​

Ahead of Yom Kippur, How Can You Repair Relationships With African-American Jews?