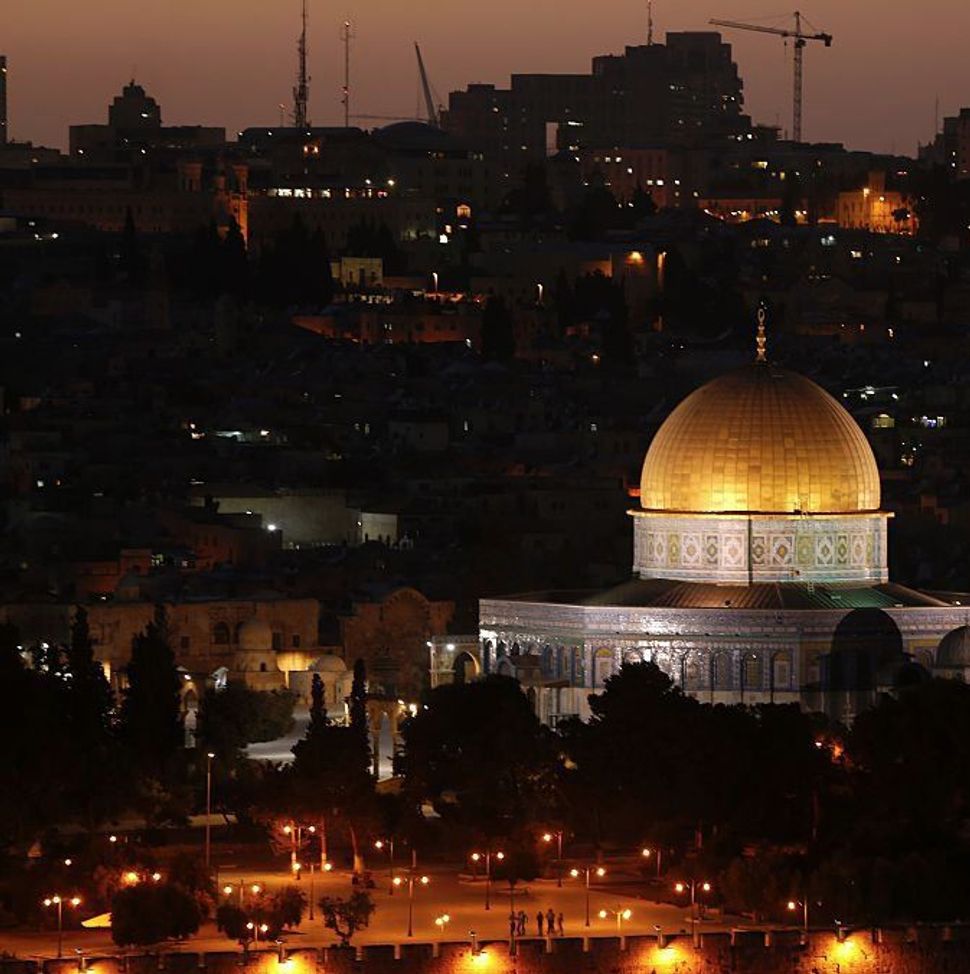 UNESCO’s most recent resolution on Jerusalem is offensive and disrespectful. Passed on October 13 by a vote of 24 to 6, with 26 abstentions, the resolution refers to the Temple Mount and the Western Wall by its Muslim names only, an act which ignores history and fact and negates Jewish and Christian beliefs about the two sites.

However, when it comes to reactions to the resolution, the Palestinian leadership’s arrogant hype and the Israeli leadership’s hysterical spin on that resolution are both cynical and dangerous.

Jubilantly, Palestinian officials declared victory as they enlisted “the world’s support against Israeli aggression.” Israeli officials, meanwhile, proclaimed that the resolution is nothing less than a “nullification of Jewish ties to the Temple Mount,” and Tourism Minister Yariv Levin called the decision “anti-Semitic.”

In actuality, despite the disrespectfully exclusive use of Muslim names for the Temple Mount and the Western Wall, the 41-paragraph, 5-page resolution – which is readily available to anyone who chooses to actually read it – is neither a victory for Palestinian confrontational policies nor a denial of Jewish faith or history.

In Section 3, the resolution affirms the importance of the Old City of Jerusalem and its walls for the three monotheistic religions. It then follows with UNESCO’s too-familiar, jumbled litany of condemnations of Israel’s (real or purported) offenses against Muslim worship, calling for the restoration of the “historic status quo” around “Al-Aqṣa Mosque/Al-Ḥaram Al-Sharif and its surroundings.” It goes on to note that Israel is violating Muslims’ freedom of worship by hindering and preventing access to the Mosque and “deplores the continuous storming” of the mosque compound by Israeli right-wing extremists and uniformed forces. It decries arrests and injuries of Muslim worshippers in the mosque, and “regrets the damage caused by the Israeli forces, especially since 23 August 2015, to the historic gates and windows of the al-Qibli Mosque inside Al-Aqṣa Mosque/Al-Ḥaram Al-Sharif. In this regard, it reaffirms Israel’s obligation “to respect the integrity, authenticity and cultural heritage of Al-Aqṣa Mosque/Al-Ḥaram Al-Sharif, as reflected in the historic status quo, as a Muslim holy site of worship and as an integral part of a world cultural heritage site.”

Then, for good measure, the resolution goes on to list Israeli offenses in Hebron and Gaza.

Yet, contrary to Palestinian and Israeli claims, the resolution does not invalidate or deny Jews’ connections to the Temple Mount. In fact, the document isn’t a declaration about to the rightful owner of Temple Mount and its surroundings or a statement regarding which religion has the “better” sacred claim to the site.

Yes, it is deeply disappointing, but not surprising, that UNESCO, which was founded in 1945 to uphold humanity’s moral integrity and social solidarity, contributes to a one-sided view of history. And yes, it is discouraging, if not surprising, that Jordan, which is officially at peace with Israel, wrote this resolution, and that the Arab states blindly supported it. But section 3 about the “monotheistic religions” aside, the UNESCO document commits the sin of omission, not of commission. The lack of affirmation of Jewish attachment to the Temple Mount is infuriating – but it’s not a nullification of that attachment.

It does, however, provide an opportunity for both the Palestinians and the Israelis to divert attention from the real issues that face us here in this city.

I firmly believe that the Palestinians know very well that Israel is not “endangering al-Aqsa.” But Palestinian Authority President Mahmoud Abbas also knows that the Haram a-Sharif serves as a rallying call for his people and that keeping up a confrontational mentality towards Israel helps him cover up his government’s incompetence and dysfunction. And Netanyahu, for his part, knows very well that no institution, and certainly not one as inane as UNESCO, can wipe away the religious, spiritual and historical significance that the Temple Mount holds for Jews everywhere. But by stoking feelings about the one symbol – the Western Wall and the Temple Mount – that still unites Jews everywhere, he can divert attention from his own government’s incompetence and refusal to make any gestures towards peace.

And by calling on all of us to circle in our wagons over non-issues, these cynical, populist leaders can continue to avoid the difficult questions that must be answered: How can we find ways for Jerusalem to answer to the religious and national emotions that divide Jews and Arabs while meeting the urban needs that shape our lives as Jerusalemites? How do we move beyond thinking in terms of sovereignty and possession? How to we move beyond our fears, so that we can make the hard choices that we have to make?

The questions are existential, but the answers have to be creative and realistic. These are traits which both Netanyahu and Abbas lack—and so, they’d rather we focus our attention on words written in meaningless documents.