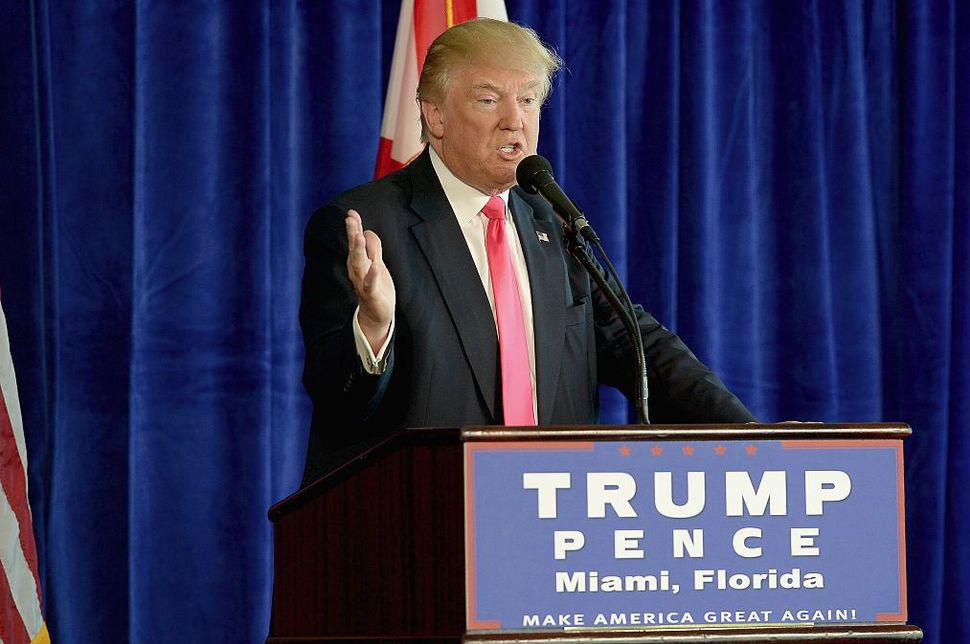 Until I watched second Presidential Debate, I didn’t like anything about Donald Trump. I am not a Republican. I believe in universal healthcare and I don’t think it’s a great idea to build a wall on the Mexican border.

But during the debate, I heard Trump say something that I couldn’t agree with more:

“I think it would be great if we got along with Russia.”

It’s a simple statement, but it means a lot to me.

Russia, the country where I was born, was mentioned more than any other nation during the Debates. It came up 39 times during the second debate and 25 times in the third. In comparison, during the Second Debate, Iran was mentioned nine times, and China four times. North Korea was not discussed. Canada and Mexico weren’t hot topics either. Israel never came up.

When Hillary Clinton talks about Russia, it feels like the Cold War is back on and Russia has once again become America’s number one enemy. Clinton blames Russia for the Syrian war, for which she believes it should be brought to justice, and for meddling in our election process. On her lips, the name “Vladimir Putin” sounds like it’s become synonymous with “Saddam Hussein.”

As a Russian-American, I think this anti-Russia rhetoric is dangerous to world peace and will only lead to more Cold-War-type conflicts like the war in Syria and in Ukraine, where America and Russia support opposite sides. Some analysts have even suggested that the worsening of the relationship might draw the United States into a war with Russia, which is a nuclear power. I hope that never ever happens.

The way the media portrays it, it might appear that America is always on the right side of every war and Putin is always supporting the bad guys. But everyone has their own version of the truth. In Syria, America supports anti-government rebels, whose numbers — as Trump suggests — might include terrorist groups who would end up being much worse than Bashar al-Assad if they were to seize power. Assad is not a democratic leader, but he is also not an Islamic extremist. In that sense, the war in Syria is reminiscent of the war in Afghanistan in the 1980s, when Russia supported the communists while the United States backed the Islamic opposition. Russia lost that war, which happens to be how we got the Taliban. Like then, it seems that America’s foreign policy objective is to fight with Russia for world domination above all else.

Instead of blaming Russia for everything, politicians could focus on common goals. The Russians themselves say in their own media that they also want to help civilians flee from the war zones of Syria. Fighting terrorism and helping civilians are key goals to both nations.

“If Russia and the United States got along well and went after ISIS, that would be good,” Trump said during the debate.

And I couldn’t agree with him more — because when it comes to dealing with Russia, it sounds like Trump wants to give peace a chance.

Julie Masis is a freelance journalist. Julie’s stories have been published in the Guardian, the Christian Science Monitor, the Boston Globe, the Globe and Mail, the Straits Times, the Bangkok Post, the Montreal Gazette, the Journal de Montreal, and on the Reuters wire. Follow her on Twitter @greenelephant88