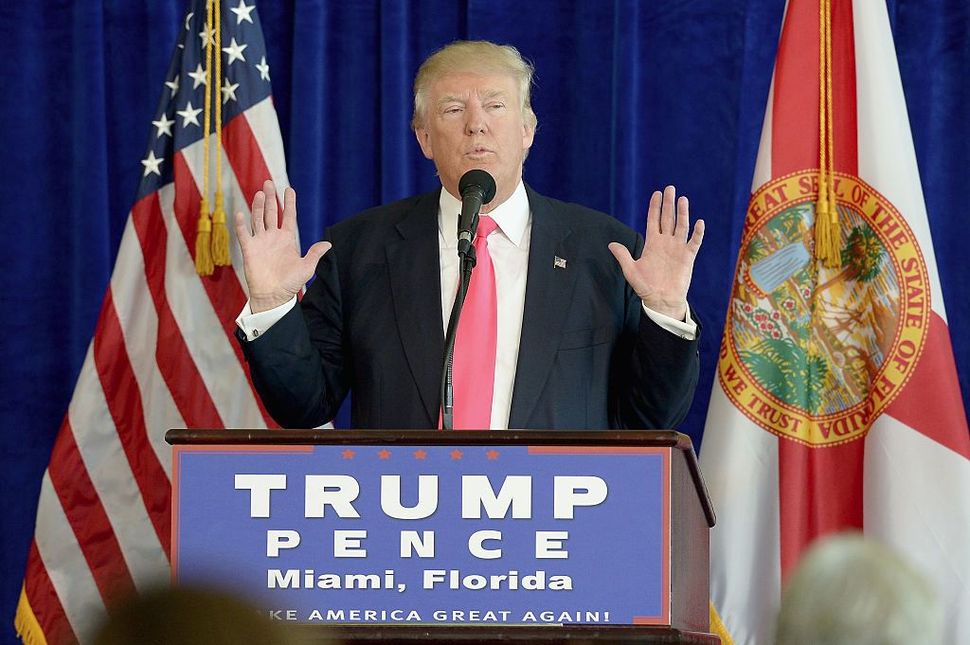 In March 2012, less than a year before his reelection, Barack Obama was caught on a hot mic assuring Russian President Dmitri Medvedev that he just needed some space and time to comply with Russia’s requests to scale back missile defense. Obama said that after the election, he would “have more flexibility.” Medvedev responded that he would “transmit this information to Vladimir,” launching a million Internet memes.

Breitbart ran the story with the headline “Obama to Putin: I’ll Surrender America After Re-election.” Republicans pushed back hard. Senator Jeff Sessions accused the Russians of using Obama to make deals in their favor. “He wasn’t consulting with the American people,” Sessions was quoted as saying. “[He] wasn’t telling us or the Congress what he planned to do, but he was apparently willing to discuss it with the Russian leaders.”

Promising Russia anything, much less doing it in a secretive manner, has long been an anathema to Republicans — and rightly so. The Cold War wasn’t that long ago, despite Obama’s jab at Mitt Romney’s “80s-style” foreign policy. Republicans knew the threat of Russia, and of the Soviet Union before it. Russia wasn’t a friend, and it certainly wasn’t an ally. America and Russia could coexist in peace but never in cooperation.

Now it’s incredible to watch, in the 2016 election, as Republicans prop up a candidate who has such open admiration for Vladimir Putin, and who envisions a close allied relationship between Russia and the United States. The long-held Republican distrust of Russia is being set aside because the party’s nominee has polar-opposite views. The fact that it is very possible that Russia is meddling in the U.S. election to help elect Donald Trump is either glossed over or celebrated.

Meanwhile, Democrats who once viewed WikiLeaks as noble whistleblowers have discovered they’re not as excited about them when the target is someone on their team.

What’s even more baffling is that there seems to be a resurgence of Putin support among people who would normally be his critics. My community of Russian Jews in America is fairly reliably Republican, which always made sense to me. They came to America fleeing Communism; their experience of leftism wasn’t vague or fuzzily understood. In addition, many of the positions that illustrate and prop up the idea of the American Dream can be found on the Republican side of the aisle. But this year’s election has tested which ideals matter, the ones that these voters have held for a long time or the ones the candidate holds, and too many people are lining up behind Trump, ready to believe whatever he does at the expense of everything else they’ve ever believed.