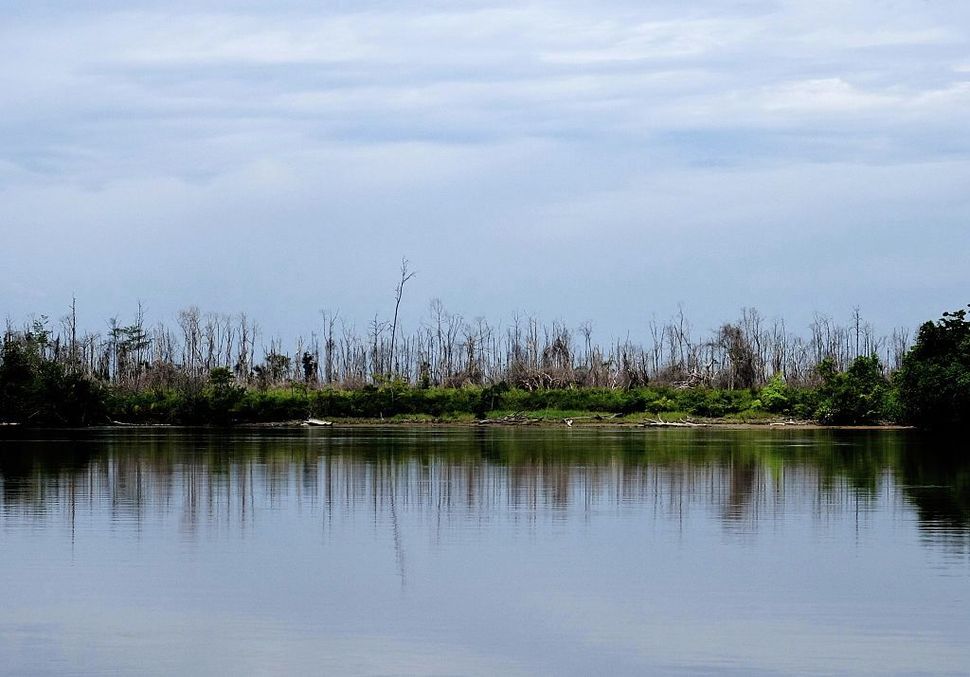 The number of wild animals living on Earth is set to fall by two-thirds by 2020, according to a new report, part of a mass extinction that is destroying the natural world upon which humanity depends. The report was compiled by the World Wildlife Federation and the London Zoological Society, and shows that destruction of wild habitats, hunting, and pollution are to blame. The creatures are being lost from a large range of habitats, from mountains and forests to rivers and oceans. They include well-known endangered species such as elephants and gorillas, and lesser endangerment-recognized species like vultures and salamanders.

This report, or better, apocalyptic prophecy, must come as harrowing news to any feeling, thinking human being. Yet it should hit us Jews especially hard right now as the Torah cycle has just begun again with the reading of Parshat Bereishit last week. After describing the delicate, ordered creation of the earth by a divine hand, each step of which the Creator delights in, the Torah describes the creation of the man and the woman, placed in the garden of delight (“Eden”) to “guard and to work it.” Humans are given the blessing to be fruitful and multiply and fill the earth, and so are the animals. This pairing suggests the desired balance in God’s eyes according to the Torah: neither one, humans nor animals, are to displace the other.

Yet we live in the age of displacement. On a human level, we have a refugee crisis of unprecedented proportions destabilizing much of the world and sending waves of humans into lives of suffering, vulnerability and homesickness. But we also have a massive displacement of the non-human creatures of the earth, by human hands. Those not displaced by our rapacious lust are murdered by it. Two out of three of them, it turns out.

A midrash well known among Jewish environmentalists states: “When God created the first human beings, God led them around the Garden of Eden and said: “Look at my works! See how beautiful they are, how excellent! For your sake I created them all. See to it that you do not spoil and destroy My world; for if you do, there will be no one else to repair it” (Midrash Kohelet Rabbah, 1 on Ecclesiastes 7:13). It has always struck me as amazing that the unknown author of this midrash, who lived between the 6th and 8th centuries, was able to conceive of the possibility of humans destroying the world. What a depth of insight he had.

Over three hundred years ago the Christian mystic and poet Thomas Traherne (1637-1674) wrote:

How like an angel came I down!
How bright are all things here!
When first among his works did I appear,
Oh, how their glory did me crown!
The world resembled his eternity
In which my soul did walk;
And ev’rything that I did see
Did with me talk.

The rest of the poem’s trajectory can be guessed from bitter and familiar experience. Eighty five percent of the world is now terra-formed for human use and consequently of significantly less use to the rest of the creatures we share the planet with. Much of the resource infrastructure that we have burdened the earth with is inefficient, wasteful, toxic, and proceeds apace with little or no concern for the earth’s ecosystems or future generations. Marco Lambertini, director general of WWF, told the Guardian: “The richness and diversity of life on Earth is fundamental to the complex life systems that underpin it. Life supports life itself and we are part of the same equation. Lose biodiversity and the natural world and the life support systems, as we know them today, will collapse.”

As I write this article another confrontation is brewing between state authorities and protesters in North Dakota. The protests are led by Indigenous activists, as is much of the resistance to pipelines in Canada, where I live. Jews should be joining Indigenous activists the world over to protect the earth, a duty that is just as strongly mandated in our sacred traditions as it is in theirs.

It is time for Jews to hear the message of the Torah, and of common sense, and rise up in arms against the destruction of the great gift of the earth, so that “your days and the days of your children may be many… as many as the days that the heavens are above the earth (Deuteronomy 11:21).”

Matthew Gindin is a freelance journalist, writer, and Jewish educator. He writes regularly for the Forward, the Jewish Independent, and All That Is Interesting, and has been published in Religion Dispatches, Situate Magazine, and elsewhere. He can be found on Medium and Twitter.