Why Is This Election Different From All Other Elections for the Jews? 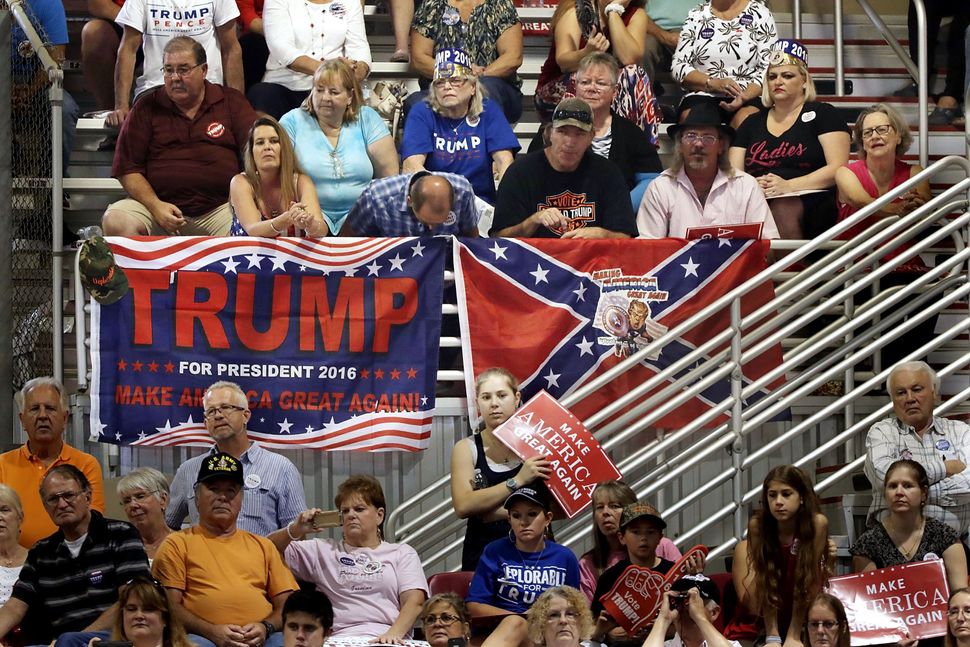 I’ve been reading a novel written by Sinclair Lewis, published in 1935, that imagines the alarming rise of a populist leader with fascistic roots, champion of the appropriately named League of Forgotten Men. As Buzz Windrip becomes president of the United States, and then, in short order, its dictator, he aggressively blames Jews for the nation’s economic distress.

In a speech during his frenzied election campaign, Windrip pledges:

to smash the Jew financiers who’ve enslaved you, who’re working you to death to pay the interest on their bonds; the grasping bankers — and not all of ‘em Jews by a darn sight! — the crooked labor-leaders just as much as the crooked bosses….

The book is mockingly entitled “It Can’t Happen Here.” Had I read it before this year, it would have felt like satirical fiction a clever step removed from reality, speaking to me from an era long ago. Now it reads like a cautionary book of prophecy.

Many of us have heard these same tropes repeated in nasty messages on social media sent by a newly resurgent white nationalist cyber-army that has felt empowered by the presidential candidacy of Donald Trump. The unleashing of this anti-Semitism is the most prominent surprise of the 2016 election for Jews who have, for decades, felt safe and at home in American politics.

We still are safe here, privileged and prosperous, still admired as a religious tradition and a vibrant culture. But for the first time in my lifetime, this election season is sending an alternative message, hinting that our enjoyed status may be more fragile than we thought, that the ugly undercurrents of racism, Islamophobia and anti-immigrant sentiment unleashed in this campaign also are lapping at our feet. 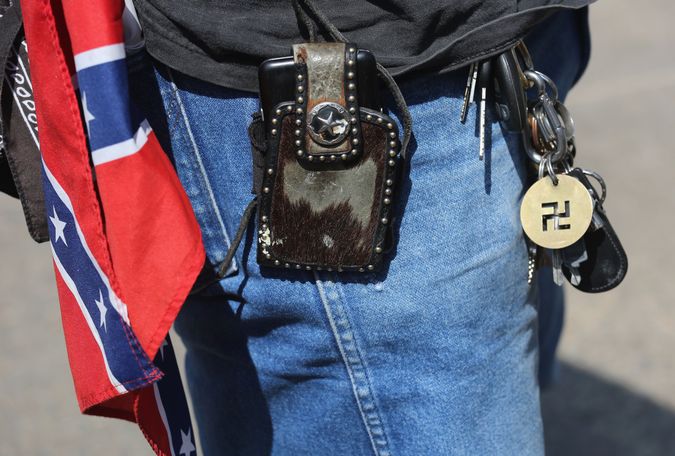 As the Washington Post columnist Dana Milbank wrote yesterday, “Anti-Semitism is no longer an undertone of Trump’s campaign. It’s the melody.”

If we feel anxious about the outcome of today’s final vote — anxiety being embedded in our DNA — for once, we have good reason. As Milbank and others have noted, the closing ad of Trump’s tumultuous campaign trafficked in the same stereotypes that laced through Buzz Windrip’s speeches: The “global power structure” of finance and banking is conspiring against ordinary Americans, and the faces of that evil power structure happen to all be Jewish.

“Whether intentional or not, the images and rhetoric in this ad touch on subjects that anti-Semites have used for ages,” tweeted Jonathan Greenblatt, CEO and national director of the Anti-Defamation League, and he may have been kind to give the Trump campaign the benefit of the doubt.

Whoever is elected president, this ugliness will not willingly fade away. It’s a new reality for us, this mainstreaming of hate, and it should cause us to reexamine our community’s efforts to combat anti-Semitism, which until now have been largely trained on the anti-Zionist left and its efforts to delegitimize Israel. Those dangers haven’t suddenly gone away, either, but there is real competition in the attempt to marginalize and stereotype American Jews, and — at least in my experience — the threats from the alt-right are more real and frightening than the jeers from the far left.

Am I exaggerating, generalizing too much? Perhaps. But another way this election is so different than all others is the lopsided involvement of Jewish activists and donors. We won’t know how the Jewish vote breaks down until at least after the polls close tonight, but the common perception is that only pockets of Orthodox Jews, Jews from the Soviet Union and a cadre of die-hards in Florida are openly backing Trump over Hillary Clinton. It’s just about impossible to find a Jewish Republican intellectual in his camp. Most of the members of the Republican Jewish Coalition aren’t even contributing to his campaign.

As a result, the social intercourse that might have happened if a Jeb Bush or Marco Rubio were the Republican nominee is absent now, and so is the mediating force of such exchanges, the way they enable us to at least empathize with those of opposing views. Sure, there are Jews supporting Trump openly, and likely more in the privacy of the voting booth, but nowhere in the number that we’ve seen in previous presidential races. I’ve never had such difficulty finding commentators and analysts to write for the Forward on behalf of the GOP standard bearer as I have this year.

It’s often said that anxiety and the Jews go hand in hand and it’s always possible that we will wake up tomorrow to be relieved of our political paranoia and lulled back into complacency. Possible, though unlikely. This election shifted the ground underneath all Americans, including Jews but not only Jews, and now we face the future on a far shakier foundation.

Why Is This Election Different From All Other Elections for the Jews?