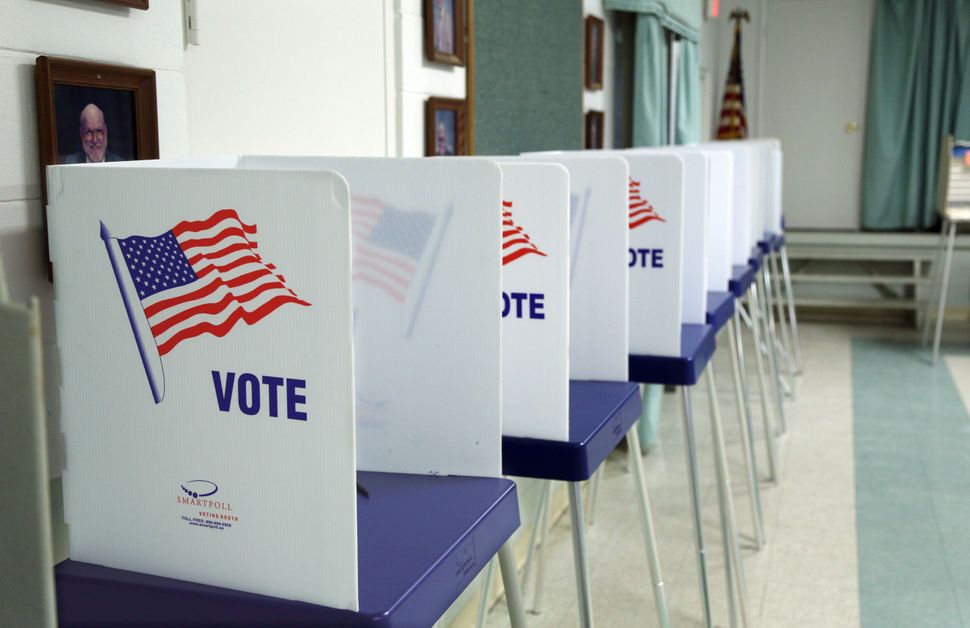 My 80-year-old Russian Jewish grandmother did not vote for Donald Trump. She lives in Massachusetts, so it didn’t make much of a difference in the election’s outcome. Qualitatively, however, her vote mattered. Having started out in Trump’s corner, like the overwhelming majority of ex-Soviet Jews, particularly older ones, she allowed herself to be persuaded by a younger person. My story is a tiny exception to the typical experience of younger Russian Jews in America, who found it all but impossible to convince their relatives to shift course.

The typically conservative political behavior that distinguishes the large ex-Soviet contingent from much of the rest of America’s Jewish community has been explained in several ways. Despite the reliance of many ex-Soviet Jews on the remnants of America’s safety net, they are attracted to Republican narrative of pulling oneself up by the bootstraps. They perceive Democratic policies as “socialist” and therefore unacceptably Soviet-esque. They consider Republicans more supportive of Israel as an ethno-nationalist state; most have relatives in Israel who are on the political right there as well. As a result, they feel little of the empathy towards other groups of immigrants, minorities and the economically underprivileged that characterized earlier generations of American Jews.

Milton Himmelfarb’s racist and classist ditty that in America “Jews earn like Episcopalians but vote like Puerto Ricans” largely hasn’t applied to America’s Russian Jews: while Republicans have largely failed to attract U.S.-born Jews to their side, significant numbers of ex-Soviet Jews — including those of modest means — have made themselves into faithful conservatives.

Ultimately, however, I was able to help my grandmother realize that Trump was no ordinary Republican and that he was uniquely dangerous. We got to this point through an intergenerational back-and-forth, something often difficult in an immigrant community where generations are divided by language, education and very different cultural imaginations.

A late but enthusiastic adopter of the Internet, my grandmother was susceptible to fake news and misinformation just like many other Americans. The particular brand of fake news that reached her came from a steady diet of official Russian media and Russian internet trolls — parts of Putin’s propaganda regime that reach those in the U.S. who are not fluent in English. Along with these Russian sources, a slew of U.S.-based Russian-language hacks take material from English-language fake news sources and repackage them as translated Facebook commentary and chain emails.

Once I began challenging my grandmother’s views, she began forwarding me the materials that were shaping her opinion. When I mentioned specific dangers of electing Trump she presented these tidbits of misinformation as devil’s advocate-type questions in response: Had I considered Hillary Clinton’s purported ties to terrorists? Had I disregarded this or that influential pro-Trump expert, who upon closer examination often turned out to be an evangelical preacher or a Breitbart pundit?

I learned from this multi-week conversation that I had no chance of convincing her to adopt my worldview. She was never going to think more critically about issues of gender, race and class that younger Russian Jews, educated in a multi-ethnic and multi-cultural America, often hold.

Instead, I found a direct personal and emotional appeal, presented in terms appropriate to my family’s unique circumstances, far more effective. She continues to think in generally racist terms about African Americans and other minorities, but discussing her fears for the physical safety of her one black (biracial) great grandson, proved an emotionally effective starting point for talking about racism in Trump’s America.

Some of the chain emails fanned her abstract fears of Muslims, but she was taken aback when I reminded her of her own warm relations with several Muslim friends back in the majority-Muslim region of Russia where she grew up. Another chain email she wanted me to read derided the liberal insistence on not denigrating minorities (called “political correctness” by the right) but she was swayed to ignore it when I reminded her of violent anti-Jewish language she knew intimately from her life in the Soviet Union. When another message derided beneficiaries of the state’s welfare programs, I reminded her of the public funding for her own subsidized housing, Medicare benefits, and daytime Russian-language elder care. She began to see that Trump’s policies would threaten her and her friends’ wellbeing.

In our final conversation before the election, my grandmother admitted that she had had a bad feeling about Trump from the start. Perhaps her friends’ support for Trump translated into her willingness to vote for him even though it overrode this well-practiced gut reaction. However, she said, I had helped her confirm this instinct by presenting information she hadn’t been able to glean online or in conversations with her peers.

Hearing about all the hate and violence that has already transpired since the election, my grandmother seems rather content with herself for having seen through such threats before she voted. She is also content to know that she did not vote differently from her four grandchildren—whose better futures, as usual Russian Jewish immigrant family narratives go, was why she came to America in the first place. She was somehow able to see that Trump’s world was not much different from what she had left behind in Russia.

As the election returns came in on November 8 and gloom was setting in, I received an email from my grandmother. Not only did she vote for Hillary Clinton, she wrote to me, but — with no small amount of pride about her organizational talents — she had also arranged for a car to take four of her friends to the polls with her. “I made sure that they voted correctly,” she added.

My grandmother’s and her friends’ votes did not stave off Trump’s frightening ascent to the presidency, but the story of our conversations is comforting in illustrating that such familial exchanges are possible in the first place. This may be an anecdotal story, but it’s important to realize — especially for the small but growing number of my fellow progressive-thinking ex-Soviet Jews in America — that much of the Soviet Jewish experience is best understood through idiosyncratic family narratives of survival and perseverance. It is upon us to know this history as we begin the long slog of conversations with our families and communities in the age of Trump.

Sasha Senderovich is an Assistant Professor of Russian Studies and Jewish Studies at the University of Colorado Boulder.