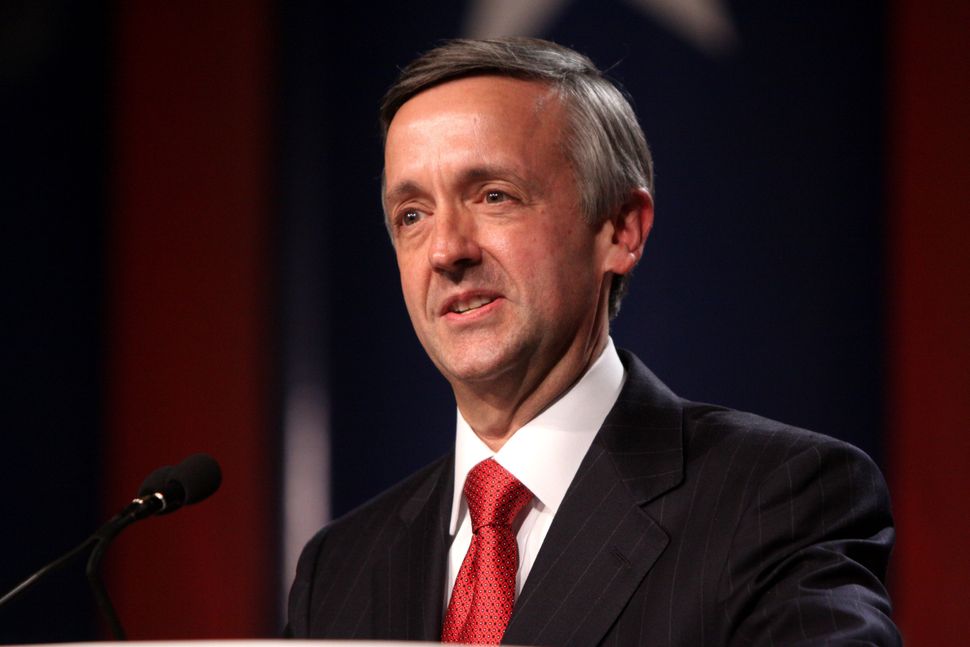 It is the custom in our country, notwithstanding the enshrined principle of separation of church and state, for a clergy member to offer words of encouragement and moral guidance to the President-elect on the morning of the inauguration. On the eve of Donald Trump’s inauguration, Fox News host Bill O’Reilly interviewed the designated minister, Robert Jeffress, senior pastor of the First Baptist Church in Dallas, TX and asked what words he planned to deliver.

The minister, who Trump once said he “loved,” explained he planned to compare President Trump to Nehemiah, a leader of the post-exilic Jewish community. Apparently referring to the first four chapters of The Book of Nehemiah, Pastor Jeffress said that Nehemiah was a “regular guy,” “a builder” chosen by God to build a defensive wall around Jerusalem to protect the people from foreign invaders. Furthermore, Nehemiah faced the taunts of naysayers, malingers and rumor-spreading critics (the ancient equivalent of the mainstream media, Jeffress chortled).

The comparison undoubtedly flattered Trump. A biblical leader! A divinely-chosen builder! Clearly God ordained this presidency—not to mention the “big, beautiful” defensive wall he built his campaign on.

Mr. Trump would have been better served had Pastor Jeffress also turned to the fifth chapter of Nehemiah while preparing his sermon.

Here, Nehemiah addresses the outcry of the common people who had lost their homes, their fields and their livelihoods because of debts owed to the wealthy of the land. “We must pawn our fields, our vineyards and our homes to get grain and stave off hunger,” they cry. “We have borrowed money against our fields and vineyards to pay the king’s tax. Now we are as good as our brothers, and our children as good as theirs; yet here we are subjecting our sons and daughters to slavery — some of our daughters are already subjected — and we are powerless, while our fields and vineyards belong to others.” (Neh. 5:3-5)

Their cries pained Nehemiah, and he called out the creditors, the king’s officials and others who had taken advantage of the people and profited at their expense.

Perhaps, had Jeffress focused on that part of the biblical text, Mr. Trump would rethink his nomination of Steven Mnuchin, whose investments in sub-prime mortgage lender IndyMac, contributed to the financial crisis of 2008 and whose practices have often been described as a “foreclosure machine.”

Perhaps, then Mr. Trump would rethink his nomination of Andrew Puzder for Secretary of Labor, whose fast food restaurants are accused of violating labor laws, including safety protections and anti-discrimination laws, and who opposes any increase in the minimum wage. Puzder even trumpets the notion of human-free workplaces, telling Business Insider that robot employees are “always polite, they always upsell, they never take a vacation, they never show up late, there’s never a slip-and-fall or an age, sex or race discrimination case.” Perhaps, the President would have sought out a Labor Secretary who understands that minimum wage jobs should support families.

President Trump’s cabinet choices for education, housing and urban development, energy, and the EPA similarly privilege creditors like those denounced in Neh 5.

Nehemiah was an important leader at a critical time. He understood political and military power. But he also showed compassion and a keen sense of justice. It’s a shame that Pastor Jeffress squandered an opportunity to use the richness of Scripture in his words intended to encourage Trump.

Barat Ellman is a rabbi and an adjunct professor of Bible and Theology at Fordham University and for the Bard Prison Initiative. An alumna of the Wexner Graduate Fellowship, she was ordained and earned her PhD from the Jewish Theological Seminary. She lives in Park Slope. She is a member of T’ruah: the Rabbinic Call for Human Rights and Jews for Racial and Economic Justice.