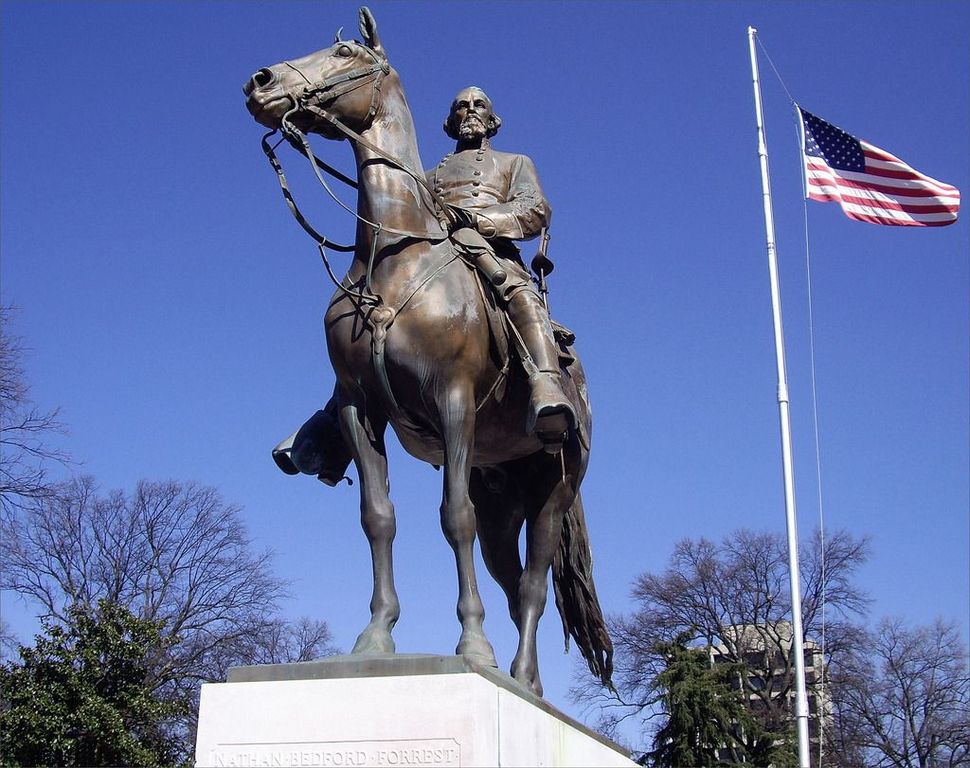 To suggest Germany has accomplished the insurmountable task of fully atoning for the unthinkable crimes of the Holocaust would be an exercise in gross hyperbole. To insist such work could ever be complete is, perhaps, to elevate a fool’s errand to the status of a reasonably attainable goal. To be sure, anti-Semitism remains an undercurrent in German life, with some 16% of Germans infected with extensive anti-Semitism according to research conducted by the Anti-Defamation League, and a shocking majority (51%) of Germans believing that Jews talk too much about the Holocaust.

Yet, as we are reminded by the Jewish sages, “We are not expected to complete the task, but neither are free to desist.” And for its part, Germany has made tremendous strides over the last several decades to engage in an inter-generational public discourse around and atone for the Holocaust. They even have a characteristically lengthy term for this process: Vergangenheitsbewältigung, literally “the struggle to work through the negatives of the past.”

German efforts at atonement and reconciliation are extensive and pervade government, civil society, the educational system and the very landscape of German cities and towns. The memory of the Holocaust is so central to Germany today that the government saw it fit to set aside five square acres of prime real estate in the German capital, just blocks from the Reichstag and Chancellery, for the purposes of a Memorial to the Murdered Jews of Europe.

Conversely, America neglects to properly address the genocide that took place on American soil. The closest America ever came was the proposed National American Indian Memorial which was slated to be erected in New York harbor in 1913. The monument never materialized, save for a bronze plaque marking the site of the ground-breaking, which, too, disappeared by the 1960s.

While the dark aspects of American history have been neatly sanitized, in Germany, reminders of the dangers of racialist ideologies and human callousness are ubiquitous. As we walked through the streets of Berlin, and other towns, we were confronted with hundreds of small, cobble-stone sized brass plaques that mark the entrances of German buildings. Known as stolperstein, or “stumbling stones,” these installations serve as omnipresent reminders of the murdered Jews and other victims who once inhabited German cities.

And then there was the concentration camp: Sachsenhausen in Oranienburg. What struck us most upon arriving at the memorial to mass human brutality, was just how banal it is. It is situated in a quaint town, less than an hour’s drive from the German capital, in a quaint neighborhood, with quaint little homes crowding right up to the perimeter of the concentration camp where tens of thousands of human beings suffered through their final days. The homes are built so close to the camp that if one were to gaze through the homes’ second story window, one could have peered over the camp’s outer wall, and observe the grotesque [monstrous] activities being conducted within. It raised the chilling question how such mass atrocities could become so normalized.

America is rife with sites of mass extermination of its indigenous peoples. Yet instead of honoring the victims with enough memorials that declare “never again,” our nation is littered with monuments, both in stone, such as Nathan Bedford Forrest Monument (shown above) in Memphis and Stone Mountain, Georgia – and in civic time (eg. Columbus Day) honoring the perpetrators of mass racial violence.

Following our visit to Sachsenhausen concentration camp, I stumbled upon a poem by Native American writer Sherman Alexie. Reflecting on his visit to Dachau, he asks in verse, “but what about all the Dachaus/in the United States? What about the death camps/in [our] country? Yes…you ask simple questions which are ignored, season after season.”

So here’s a modest proposal. Let us no longer continue to ignore the questions for fear of the difficult answers. Let us begin the arduous and painful journey toward full ownership of our national history, toward atonement for past wrongdoings, and acknowledgement of ongoing challenges for our indigenous populations. We can start with a genocide museum. Or with stumbling stones of our own.

Alexie’s poem concludes with the words, “I wonder which people will light fires next/and which people will soon be turned to smoke.” These poignant words remind us that reconciling ourselves to the full reality of our national history isn’t simply a feel-good exercise. It is an integral aspect of moving forward to shape our collective future, without which any declaration of “never again” inevitably falls flat. Earnestness about preventing future atrocities can only be rooted in honesty and sincere contrition with regard to those which have already taken place. As celebrated American author James Baldwin noted, “Not everything that is faced can be changed, but nothing can be changed until it is faced.”

Citing the first genocide of the 20th century as herald of his own Final Solution, Hitler famously said, “who remembers the Armenians?” Well, who remembers the Native Americans? If we are sincere about building a future free from hate and racial violence, we must.