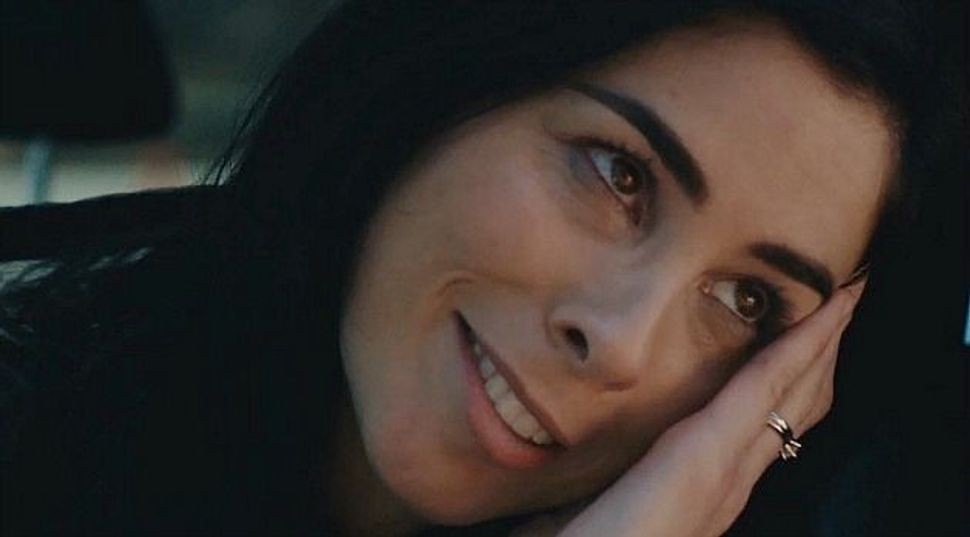 I host a live public daily radio show out of San Francisco, a city which had a grand total of 8% of its citizens voting for Donald J Trump. So it was unsurprising that immediately following the election many in my area expressed, gloom about Donald Trump’s victory. At events to promote my book on Jewish humor, some audience members said they had come to see me because, given the election results, they felt heartsick, fearful and desperately needed to laugh.

That said, I met some Jews at an Orthodox shul in Ohio who championed Trump, because they expected him to defend Israel, rip up the Iran nuclear deal and lean on mishpachah (his Jewish daughter Ivanka and son-in-law Jared Kushner), to govern.

But far more tribe members feared Trump, seeing him as uninformed, overly nationalistic, autocratic and uncomfortably cozy with white supremacists. I believe, however, that Jewish humor can serve as a salve for those distressed about the Trump presidency.

Jewish humor has sustained our people for centuries, through hardship and tyranny far worse than what might emerge from Trump, who, I must confess, during the presidential campaign, often reminded me, especially in his weird facial expressions, of Benito Mussolini. There was something ridiculous about Il Duce just as there is about the Donald, especially in his non-verbal gestures, vanities, egotism and thin skin. His potential for abusing power and doing harm remain apparent to many (though others have said let’s give him a chance) and so do his flaws, crudities and weaknesses.

Not long after the Trump presidency was fait accompli, Sarah Silverman tweeted: “Our country is being run by racist, misogynist, science deniers who can’t see beyond their joyless greed;” then she added, “Have a great Wednesday.” Jewish humor has long been a way of releasing anxiety, but also of speaking truth to power and exposing personal failings, absurdities and hypocrisies of those who wield it abusively. About 200 people walked out of an Amy Schumer comedy performance in Florida right before the election when the comic began to take on Trump, jabbing him as “an orange sexual-assaulting, fake-college-starting monster.”

Jews have long been touched by the abuses of power and deployed humor as a crucial way of dealing with it. Bill Maher, whose mother was Jewish, though he was raised Catholic (he once claimed he would go to confession with his lawyer, Mr. Cohen), insisted, in a play on the Obama birther issue, that Trump prove his father was not an orangutan. Trump’s non-orangutan paternity had to be proven, Maher reasoned, given Trump’s physique, intelligence level and hair.

Additionally, Jewish humor often provides a release, a catharsis, an analgesic to pain and even suffering. Affliction is turned into bitterly funny jokes, like the one in which the doctor tells his patient he has bad news. The patient has both cancer and a serious heart condition. “But there is good news too,” promises the doctor. “You are not a hypochondriac.” A friend of mine recently told me of a family of Jewish survivors in Holland who had been living there during the Holocaust. They were, like Anne Frank, holed up in a tiny, claustrophobic attic enclosure. They had been compelled to dispose of most of their belongings, including nearly all of their many books, but they held on to a few precious personal items, including an oft-read book of Jewish humor, which helped to sustain their spirits during that horrible time.

The sad but real fact is that, through the ages, Jews have proven to possess the rare ability to make humor out of just about anything as a means of survival. A Jew is told the earth will soon be flooded and all living organisms will drown and die. He says he will begin to study how to live underwater. Jewish humor has a good deal in common with the Golem, that magical Jewish folkloric character created from inanimate matter, who aggressively took on enemies of Jews and held disasters at bay.

After the election, I recalled my grandfather’s humorous words during the height of the Watergate crisis. I told him of my hope that Richard Nixon would be impeached and replaced by a better, more decent chief executive, one who respected the Constitution. With an ironic lilt to his voice and generations of Jewish history of living under variations of Russian tyranny embedded in his response, he replied, “This Czar is bad enough. We need a new one?”

Michael Krasny, PhD, is the author of “Let There Be Laughter: A Treasury of Great Jewish Humor and What it All Means.” He hosts “Forum with Michael Krasny” on KQED Radio, the NPR affiliate in San Francisco. and is Professor of English at San Francisco State University.