Why I hate this Presidents Day — and all others 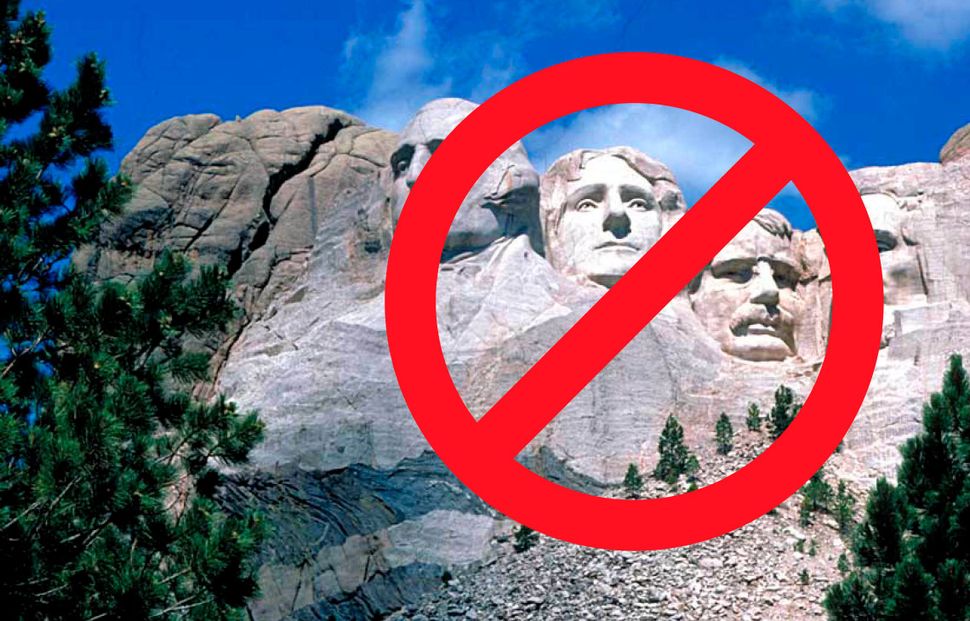 Editor’s note: We have republished this story, originally published in 2017, for Presidents Day.

What do Malcolm Hoenlein, Donald Trump and I have in common? Well, yes, what apart from having Jewish daughters and a proclivity for Mexican food? That’s right, we’re all presidents; @therealdonaldtrump is America’s 45th finest, I’m the president of my coop board and Malcolm Hoenlein is mother of all presidents, as president (well, executive vice chairman, but potato, potahto) of the Conference of Presidents (of Major American Jewish Organizations That Malcolm Hoenlein Likes).

But let’s not pretend that Monday February 20, 2017 is our day. No fancy sleight of hand with the name of it or its punctuation is enough to spread the love as far as Donald, Malcolm or me. In actual fact there is no love at all for presidents because there is no national holiday called Presidents’ Day at all. The federal government celebrates “Washington’s Birthday” on the third Monday of February, according to section 6103(a) of title 5 of the United States Code.

At best the third Monday of February is the day of two white presidents of America — Washington and Lincoln — who both had February birthdays. At worst it’s a mess that tries to unite a country half of which celebrates the third Monday in January as Martin Luther King Jr. Day while the other half celebrates a day in honor of that military defender of slave-owning states, Robert E. Lee.

But no matter how you slice it or name it, Presidents’ Day is just plain odd.

And “president” is just an excuse for bile with all these presidents and exes swanning around still able to use the title. (By the way, what’s up with that? When you leave your job you leave your job, you don’t still keep your title. John Stumpf can’t still call himself CEO of Wells Fargo just because he used to be) So whether you hate Carter, Clinton and Obama or Bush, Bush and Trump there’s plenty of scope to get riled up over a “Presidents’ Day” holiday.

Lincoln’s birthday was February 12, Washington’s birthday was — like my late uncle’s — February 22. And you can see how the states scatter their apostrophes as smokescreens over their fudged reasons for the holiday; Alaska and friends celebrate President’s Day, New Jersey et al take off Presidents Day, Okies and others grant a Presidents’ Day while Arizona is the only state to officially recognize the snappily named Lincoln/Washington/Presidents’ Day.

Some states even give Lincoln a separate day, just to prove it. But, really, we’re celebrating the Father of the Country.

So let’s go with the Feds and call the third Monday in February Washington Day. Genug.

But instead of celebrating a delightful Washington Day by wearing wigs and false teeth, owning slaves and fighting the British we have a cold, inconsistently-named, bile-inducing day off in February with no traditions except retail sales and unpredictable school holidays.

Of course on a Monday in February, Canada just takes a holiday to celebrate what it finds important in its Family Day. But where’s the fun in that?

Dan Friedman is the Forward’s resident curmudgeon, as well as executive editor. Follow him on Twitter, @danfriedmanme

Why I hate this Presidents Day — and all others