Yes, Trump Finally Denounced Anti-Semitism. But Is It Enough? 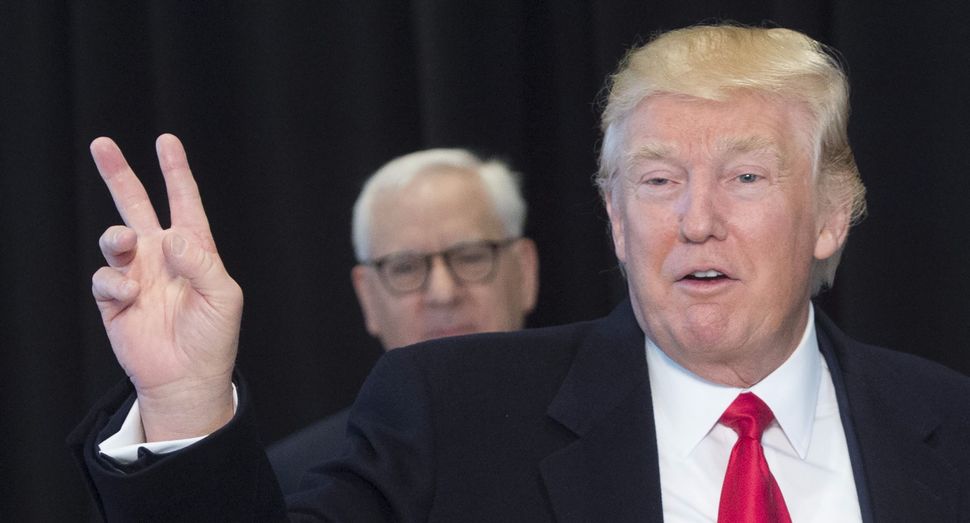 President Trump has finally, after too long a time, denounced and distanced himself from the cascading anti-Semitism that is being directed at Jewish communities around this country. Here’s why his remarks today, first on television and then at the National Museum of African American History and Culture, are so necessary. And why they might not be enough.

After brushing away repeated opportunities and oftentimes compounding his silence with something worse, Trump finally said the right thing: “The anti-Semitic threats targeting our Jewish community and community centers are horrible, and are painful, and a very sad reminder of the work that still must be done to root out hate and prejudice and evil.” And he said those words in the right place — a new museum that recounts the horrible, painful past of once enslaved African Americans, thus rooting anti-Semitism in a broader phenomenon of hate against minorities in America.

There are many explanations for why he took so long, why he didn’t comprehend that the lame attempts by his administration and his family to issue a statement or a tweet would never suffice. As my colleague Josh Nathan-Kazis wrote on Friday, he may well have been wary of offending the anti-Semitic strain of the “alt-right.” Or lack moral understanding. Or he may have been angry at being labeled.

And, of course, he was shamefully given a pass by none other than Israeli Prime Minister Benjamin Netanyahu, who stood next to Trump at a press conference last week and allowed him to evade a pointed question on the topic. 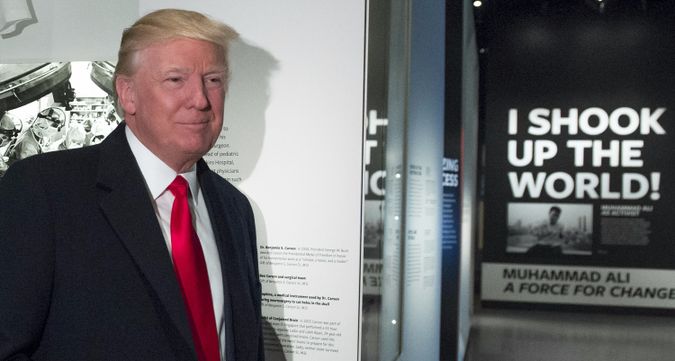 Of all people, Netanyahu should know why a leader’s denunciation of anti-Semitism and other forms of bigotry is so important: because the elected leader is speaking on behalf of the government, the state. And what the victims of prejudice fear most is the enshrining of hate, the time when a government turns a blind eye or, worse, codifies discrimination and implements it.

Personally, I believe that there will always be a deep-seated intolerance of the “other” in all societies, because it is baked into our human DNA, a mechanism used to divert attention from the real causes of inequality, displacement, struggle and sorrow. Human societies rely on that individual tendency to be overwhelmed by empathy and countered by the belief that we are all, indeed, equal — in God’s eyes, if that’s your faith, or in the eyes of the government that serves us in a democracy.

This is why Trump’s belated statement is so necessary. Not simply to make Jews feel assuaged or appeased, but because the president is indicating that the full weight of his office condemns these hateful actions, be they bomb threats to Jewish community centers, vandalism of Jewish cemeteries, harassment of Jewish journalists or worse.

Now comes the next, equally necessary step. As important as it is to denounce, Trump now has to ensure that the mechanism of government doesn’t discriminate either. Plenty of public officials decry racism, but there are too many times when the arm of government — law enforcement, the courts, etc. — ignores the directive. Words must be backed up by behavior.

Unfortunately, the Trump administration has so far done the opposite, and enshrined prejudice in its immigration policy. It’s not enough to decry anti-Semitism if the White House continues to issue edicts that discriminate. It’s not enough to speak out against hatred of Jews if hatred of Muslims or Mexicans or refugees underlies federal policy.

For this Jew, the president’s words, however welcome, will remain empty sentiments unless they lead to genuine change. We are waiting.

Yes, Trump Finally Denounced Anti-Semitism. But Is It Enough?