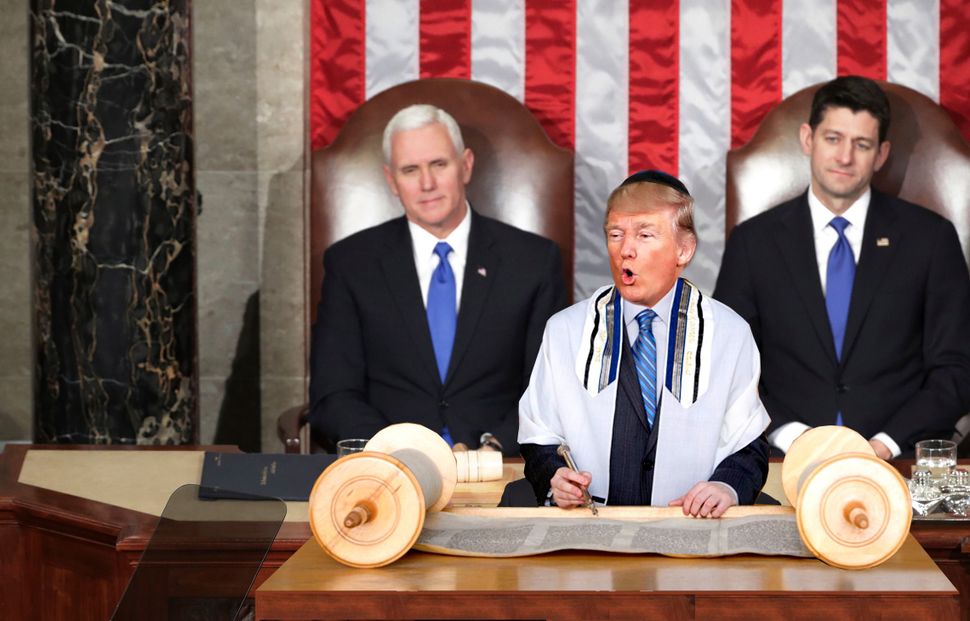 Was Donald Trump’s February 28 address to a joint session of Congress the president’s bar mitzvah speech?

It’s as if the wild, unruly kid decided to rise to the occasion in a deliberate attempt to offer a glimpse of what he could be.

I remember that feeling — three times, in fact. Since I have daughters, they each became a bat mitzvah at 13 years old. If you are a parent, you know that the timing of this Jewish ritual — which only in the past century has been offered to girls — is the classic mixed blessing.

Religiously, it ushers the youngster into adulthood, and in the observant and knowledgeable community in which I raised my children, it’s a serious endeavor. The celebration is not quite an afterthought, but it is also not the focus. The focus is on the synagogue service, when the child assumes her adult responsibilities — leading the prayers, chanting from the Torah and teaching about what she read (the speech!) — in front of her whole family, her parents’ friends and pretty much her entire seventh-grade class.

And she is doing this at the very stage in life when, let’s be honest, she is most prone to misbehave. When teenage hormones are flying in more directions than snowflakes in a blizzard. When challenging convention and parental expectations begins before breakfast and lasts until after dark. When even the best of children — and I have the best of children — are caught in a fragile and confusing transition of identity.

Then she steps up in front of the congregation and delivers a speech that seems written by someone well beyond her years, in a confident voice that offers a glimpse not of the child she was but of the woman she will become.

I thought of that magical moment as I watched Trump ascend the stage and address Congress, his carefully chosen guests and whoever else tuned in around the world. He began with a smart, if overdue, statement decrying the hatred that has targeted minorities, including Jews, and ended with a gauzy vision of the American future.

In between, he reiterated the fiercely nationalistic policies that propelled him to the presidency, not skimping or compromising on his plans to build a costly, unnecessary and harmful wall; to drastically limit immigration because those foreigners are stealing our jobs and murdering our police officers; to dramatically boost military spending while defying even his own generals and antagonizing the Muslim world; to turn this country into Fortress America.

Because he delivered those words with the kind of calm discipline we would have expected from other presidents but never from him, he is being hailed today as a statesman. He was like the bad boy who blew off much of Hebrew school, resisted all entreaties to clean up until just before he had to and then appeared at synagogue on the appointed morning, suited and smiling, to perform his bar mitzvah part so beautifully that everyone, not just his grandmother, swooned in surprise.

Either way, the question remains: Can a 70-year-old man mature as reliably as a 13-year-old boy? Can he mature at all?

We may have just seen the future of Trump’s presidency. Or we may have witnessed him skillfully portraying a president — pleasing the rabbi and the congregation, collecting the gifts, remembering little and waiting until he can return to the playing field and swing that bat at anyone who gets in his way.