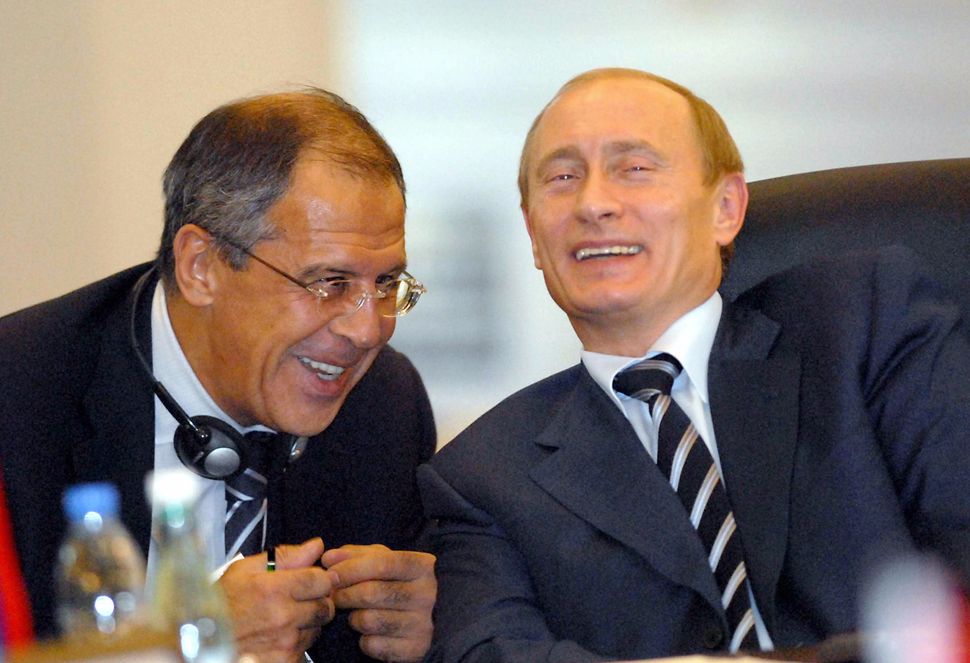 Our republic is in the throes of a historic constitutional crisis — arguably the most serious since the Civil War. If that was not clear January 20, it’s inescapable now.

It’s a complex, multilayered crisis unfolding so fast that it’s difficult to keep track of its moving parts. It’s important to watch the big picture, though, if we hope to muddle through.

The first, most obvious layer of crisis is the corrosion of the presidency. Voters chose an inept, paranoid, emotionally unstable bully as commander in chief and quarterback of the nuclear football.

The crisis isn’t that he’s steering the ship of state in the wrong direction by pursuing harmful policies. That’s allowed, like it or not. Politics is about debating policies. Sometimes you win, sometimes you lose. No, what makes this president unique is that he doesn’t understand the concept of steering. He’s as likely to capsize us or steer onto the rocks as to arrive anywhere.

The second layer is the Russian attack on America’s democratic process. We know — assuming we trust the unanimous assessment of all 17 intelligence agencies — that the Kremlin mounted a deliberate campaign to undermine Hillary Clinton and boost Donald Trump.

We can’t be sure that Vladimir Putin’s plot tipped the election. But consider Trump’s paper-thin margin of victory. It’s inconceivable that weeks of Russian-hacked scandal-mongering that aired publicly, embarrassing Democratic infighting, failed to sway a few thousand voters. That was the difference.

We have yet to find out whether the Trump campaign was an unwitting beneficiary or an active conspirator. The president’s defenders like to say there’s no evidence. What they mean is that there’s no proof. There’s plenty of evidence. Most of it — what’s publicly available — is circumstantial: the parade of Trump cronies caught meeting with Kremlin insiders; the ever-shifting stories; the denials, always followed, after exposure, by whining that the meetings were innocent. If the meetings were so innocent, why lie about them?

This much we do know: The Russian hacking that Trump cheered on was an attack on the United States by its geopolitical adversary. This is a new form of warfare — invasion by electrons rather than tanks, but warfare nonetheless.

The third layer is the helplessness of America’s constitutional system. Unlike parliamentary democracies, which can dissolve legislatures and dismiss prime ministers at will, the U.S. Constitution makes removing a president a national trauma. The process is meant to ensure stability. It worked for 229 years.

But the Founders didn’t fathom the likes of Trump, who doesn’t understand the job, won’t learn, lacks impulse control and can’t tolerate opposition or criticism. Each should be disqualifying, but none rises to impeachable offense. It seems a president can be ruinous, yet legal.

Nor does the Constitution imagine a political environment so poisonously polarized that checks and balances collapse. All three branches of government are or soon will be controlled by a party that reviles compromise and puts partisan loyalty above all else. Unless the Freedom Caucus is struck by lightning, there’s nobody around to fix this mess.

Finally, the fourth layer of America’s constitutional crisis: the absence of an opposition party. Democrats today don’t control a single branch of the federal government. They hold just 13 state legislatures and 16 governorships. They have less power in Washington and nationwide today than at any time since at least 1928. There are numerous competing analyses of why the Democrats have fallen so far: Putin’s hacking, James Comey’s blabbering, misogyny, racism, Clinton’s battered image. Each played a role, but Democrats face more fundamental challenges.

Before trying to explain the loss, let’s recall that Democrats won the vote but lost the election. It’s a habit. They won the popular vote for president by nearly 3 million votes, but lost the presidency in the Electoral College. The popular vote for Senate was even more lopsided: Democrats won by 6 million votes — 45 million total, to the Republicans’ 39 million — but they didn’t win the chamber. Democrats won big in a handful of big states with two senators each. Republicans won in many small states with two senators each and held the Senate. Winning a majority of votes doesn’t win an election in this particular democracy.

Democrats’ essential problems are baked into the party’s preferred self-image. For generations they’ve cast themselves as the party of the little guy. Unfortunately, they’ve raised their flag over base constituencies — young, poor, minorities — that are less likely than the Republican base to show up and vote. In particular, Democratic voters don’t turn out in midterms or follow down-ballot races. In 2010, for example, 10 million fewer Republicans voted than in 2008. Democrats dropped astonishingly, by 20 million. Republicans swept the field. Midterms are a key time for unglamorous but critical races for state and local government. By dominating statehouses, Republicans build their bench of up-and-comers and control House redistricting.

The Democrats’ other, more profound problem is one of self-definition. Simply put, Democrats gave up on the white working class. They didn’t intend to. But since the 1970s they’ve put the concerns of marginalized minorities first and labor and economic issues second, if that. They’ve reversed the priorities of Franklin Roosevelt’s winning, labor-led coalition, which dominated politics for generations, and pulled along minorities on its chain. Its heir is a party of minorities that talks jobs, the right to earn a living — the majority’s top need — as an afterthought.

Alas, when you present yourself as the voice of minorities, the majority looks elsewhere. Sending the message that your onetime base is racist and homophobic isn’t a winning electoral strategy. You can’t tell voters their values stink and then ask them to vote for you.

And after a few decades of minorities-first strategy, it turns out you can’t even defend minorities if you don’t win elections. Today states are lining up to restrict voting rights, with the Supreme Court’s blessing. Five of every six counties lack even a single abortion provider. Even when you do win a few elections, it’s been so long since you last delivered decent wages and job security that you’ve forgotten how. Working families, desperate for relief, vote with pitchforks. The next thing you know, Donald Trump takes the White House, and America is in crisis mode.

It’s not too late to change course, but it’s close.