Would Donald Trump Have Sentenced My Rabbi Grandfather To Death? 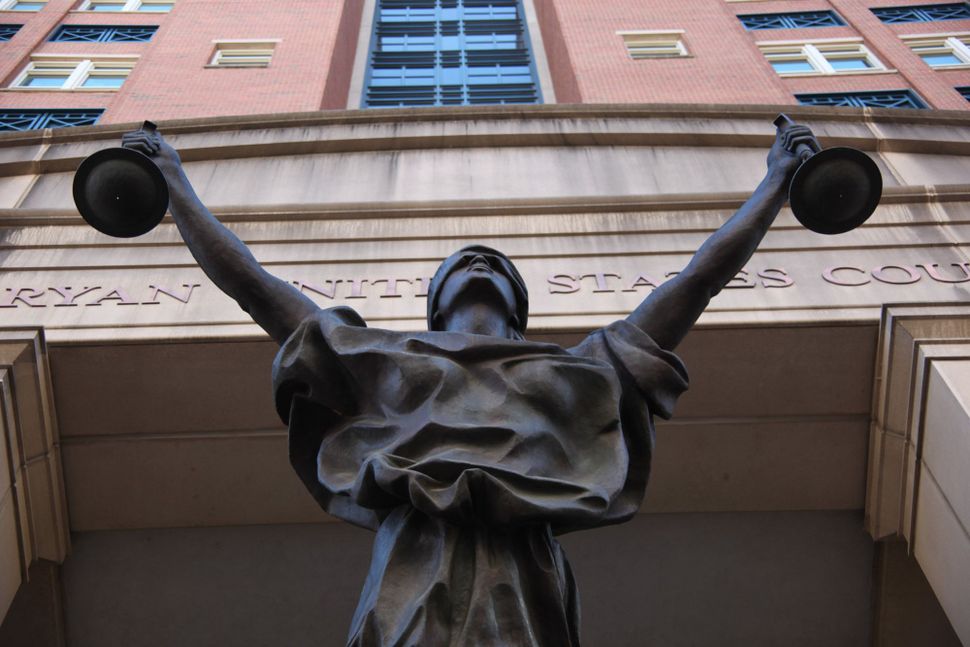 Sometime in the 1920s, fed up with economic hardship and pervasive anti-Semitism in Poland, he decided to take his chances in Germany. After sneaking across the border he requested asylum. Lost to family memory is whether he asserted religious or political persecution. Fortune smiled on him, and Germany granted him resident alien status.

After receiving his rabbinic ordination, he took a position as a rabbi, cantor, and shochet (a Jewish ritual slaughterer) in Witmund, a small northwest German town. In time, he moved his wife and three children to join him. In 1935, the family faced a terrifying dilemma. As alien Jews they had been ordered expelled from Germany, and my grandfather’s visa application to the British mandatory government for Palestine yielded nothing. The remaining choices were to return to the family in Stanisławów, Poland, or to seek refuge in the U.S.

Jews and other Europeans seeking refuge in the 1930s faced daunting obstacles. In 1924, Congress enacted the Johnson-Reed Act, setting annual strict quotas for immigrants from any particular European country based on a percentage of the population from that country living in the U.S. in 1890. Congress chose that formula to restrict immigration from Eastern and Southern Europe. The Act reflected the nation’s growing taste for virulent racism, anti-Catholicism and anti-Semitism.

But once again good fortune intervened. The restrictive immigration law exempted clergymen and their families from the quota system. Still, my grandfather needed an American pulpit to emigrate. A relative arranged for a small synagogue in Newark, New Jersey to “sponsor” my grandfather, but the synagogue could not afford a rabbi. The synagogue told immigration officials that it would employ him, but it notified my grandfather that there really was no job. The Act made filing false statements with the government a felony punishable by up to five years in prison. By submitting their documents my grandfather and the synagogue broke the law – and saved five lives.

That those lives would otherwise have been lost in the Holocaust is certain. They had nowhere else to go except back to the family in Poland. In 1942, a Nazi einzatzgruppe slaughtered my grandfather’s relatives and nearly 10,000 other Stanisławów Jews.

Others also managed to escape Europe, whether through a statutory exemption or some combination of luck, connections, and ingenuity. Some of the famous refugees included Albert Einstein, Bela Bartok and Hannah Arendt. Others were more obscure. Whether famous or forgotten, they all contributed to the broad tapestry of America. Yet many other equally desperate Jews could not flee to the U.S. Anti-Semitism and the unreasoning fear that Jewish immigrants were Nazi spies stood in the way. After Kristallnacht in 1938, a bill to allow 20,000 Jewish children to enter the country in adition to the quota, died in Congress. President Roosevelt’s cousin, Laura Delano Houghteling, in words dripping with patrician anti-Semitism said that, “20,000 charming children would all too soon grow into 20,000 ugly adults.” Of course, many of these children never grew up at all.

We will never know how many of them might have been great artists, philosophers, or scientists, or for that matter, grocers, machinists, or rabbis.

In time, my grandfather found a job as the cantor for a synagogue in Hazleton Pennsylvania and as the community shochet. Later, he would open a Hebrew Book Store in Miami Beach.

How many of us really know our arrival stories? We imagine an idealized narrative like the scene in Barry Levinson’s Avalon where the family patriarch arrives in Baltimore as Fourth of July fireworks explode behind him. The ship’s register of the SS Bremen records that my family arrived on July 4, 1935. Yet their arrival story was far messier than a Hollywood portrayal. I wonder how many advocates of a Muslim ban or mass deportation have similarly complicated family histories.

I also find myself forced to contemplate the prospect of violating the law. My instinct to follow the rules is quite strong. Raised in an Orthodox household, adherence to the law became second nature. As an attorney and a law professor, I do not take lawlessness lightly. Moreover, we have recently seen the power of law as lawyers flocked both to airports and to the courtroom in response to the President’s first executive order regarding refugees and regarding travelers from several majority Muslim countries. There is, however, reason to fear that numerous undocumented immigrants are now imperiled, and that they will have little legal recourse. Some may be sent back to the violence that they escaped from. Others face the agony of divided families as parents are separated from children based on nativity.

The Bible reminds us that we must care for the stranger among us because we were strangers in Egypt. Jews have been strangers in many other lands since, including the United States. I cannot forget that I only exist because a little New Jersey synagogue boldly lied to the government, thereby breaking the law. I have never learned the name of the synagogue. So even if it still exists, I cannot repay it directly. I can, however pay it forward, by remembering today’s strangers in our land. Perhaps, that will require my technical skills honed in a life in the law. But I do not foreclose the possibility that it will require unlawful acts, such as assisting a budding sanctuary movement.

The rabbis advanced the concept of pikuach nefesh, the idea that virtually every prohibition in Jewish law must be violated in an effort to save a life. In more secular terms the law struggles uneasily with the concept of the lesser of evils as a defense to criminal acts. From Pharaoh’s daughter saving Moses, to those who assisted runaway slaves, or hid Jews from the Nazis, to freedom riders and segregated lunch counter protesters, to a synagogue willing to lie to the government to “sponsor” an endangered rabbi and his family, people have had the courage to break the law for an important purpose. I fear that we must find that courage again.

Robert N. Strassfeld is a professor of law at Case Western Reserve University.

Would Donald Trump Have Sentenced My Rabbi Grandfather To Death?