Letter To The Editor: Tell Kids The Hard Truth About Israel 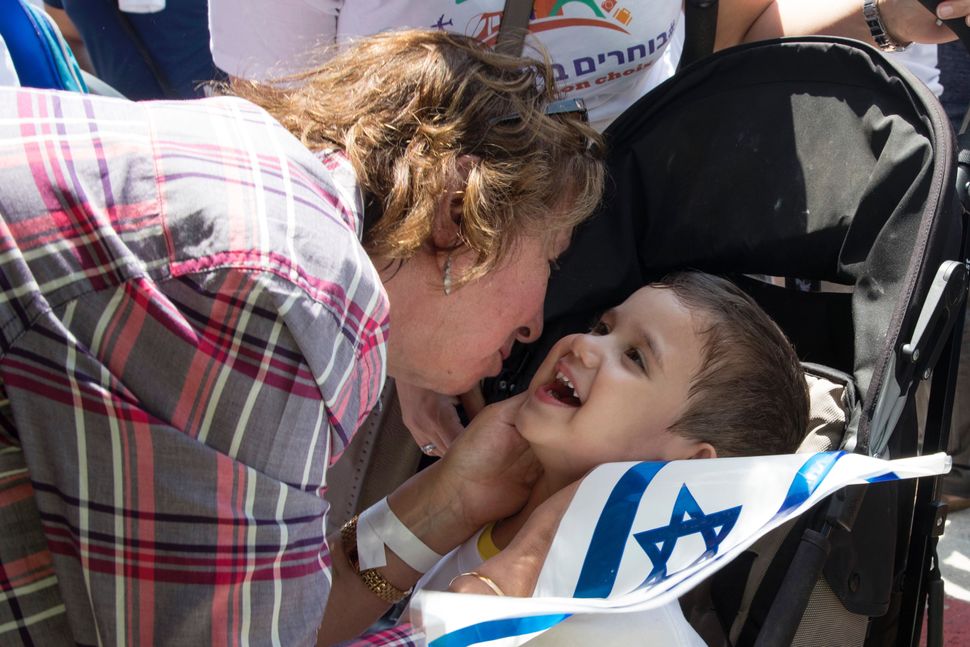 In his recent article, “I Support Boycotting Settlements – Should I Be Banned from Israel with my Children?,” Peter Beinart compellingly argues that Israel’s new law, which denies entry to any person who issues a public call for boycotting Israel, including the settlements, will force American Jews to choose between visiting Israel or opposing the occupation.

Yet he frames his argument with a problematic discussion of how he is raising his children to love Israel, and only after they near adulthood will he expose them to the realities of the occupation, more accurate versions of history, and Palestinian literature. He wants them to understand the hardships of daily life for Palestinians under military law – “but not too early.” He sums up his theory about Israel education with a simple motto: “Love first, truth later.”

When I was walking my daughters into their elementary school this morning, I ran into a friend of mine who is a historian. I asked him what he thought of this theory. His response: “Anything that’s not the whole truth is a lie.” I also asked my daughter’s kindergarten teacher whether this theory had any merit. She raised her eyebrows in disapproval and explained that adults have a responsibility to help children learn about the complex world they live in.

I was especially surprised that Beinart writes, “My fear is that if they encounter harsh truths at too young an age, it will drive them away. They’ll grow to hate Israel, or wash their hands of it. I’ve seen that happen a lot.” Yet the liberal American Jewish college students he describes in his important essay published in The New York Review of Books, “The Failure of the American Jewish Establishment,” are largely indifferent to Israel. While he does not explore the particular nature of their Israel education, we can assume that it was fairly conventional – Israel as a mythic land of orange trees and sacred sites. These students, he writes, want “an ‘open and frank’ discussion of Israel and its flaws,” which the Jewish establishment is unwilling to tolerate.

Beinart rightly points out that this lack of honest engagement is harmful to our community, but he is not willing to give his own children the very tools they need to have these open and frank discussions as they grow older. His “love first, truth later” theory suggests that until our children near adulthood we should avoid discussing the occupation, or perhaps even pretend it is not so bad. How can this possibly inspire young Jews to engage in political discourse or develop critical thinking skills? At best we can hope that they will forgive us for having misled them when they do learn the truth.

When I was writing Reframing Israel: Teaching Jewish Kids to Think Critically About the Israeli-Palestinian Conflict, I took my children to Israel for two months. I encouraged them to develop a deep curiosity about the people, languages, religions, and cultures around them. They learned that Jerusalem was home not only to Jews but to Muslims and Christians as well. They learned that there were different rules for different people and they were determined by the color of your license plate or the color of your identity card. Even as we shopped at the shuk and celebrated Shabbat in Jerusalem, we continually discussed the values of fairness, empathy, and sharing. This did not teach them to hate Israel; it taught them to see complexity, ask difficult questions, and refuse to settle for easy answers.

When my children grow up will they love Israel? I don’t know – but that’s not my goal. It’s too simplistic. What I want is for them to be engaged with the people and culture of Israel, feel respect and compassion for both Jewish Israelis and Palestinians, speak passionately against injustice, acquire a strong sense of Jewish communal responsibility, and develop a deep commitment to creating a more just and peaceful world.

Laurie Zimmerman is the rabbi and education director of Congregation Shaarei Shamayim in Madison, Wisconsin and the author of “Reframing Israel: Teaching Jewish Kids to Think Critically About the Israeli-Palestinian Conflict.”

Letter To The Editor: Tell Kids The Hard Truth About Israel