The Israeli Settler Movement Isn’t Much Of A Movement 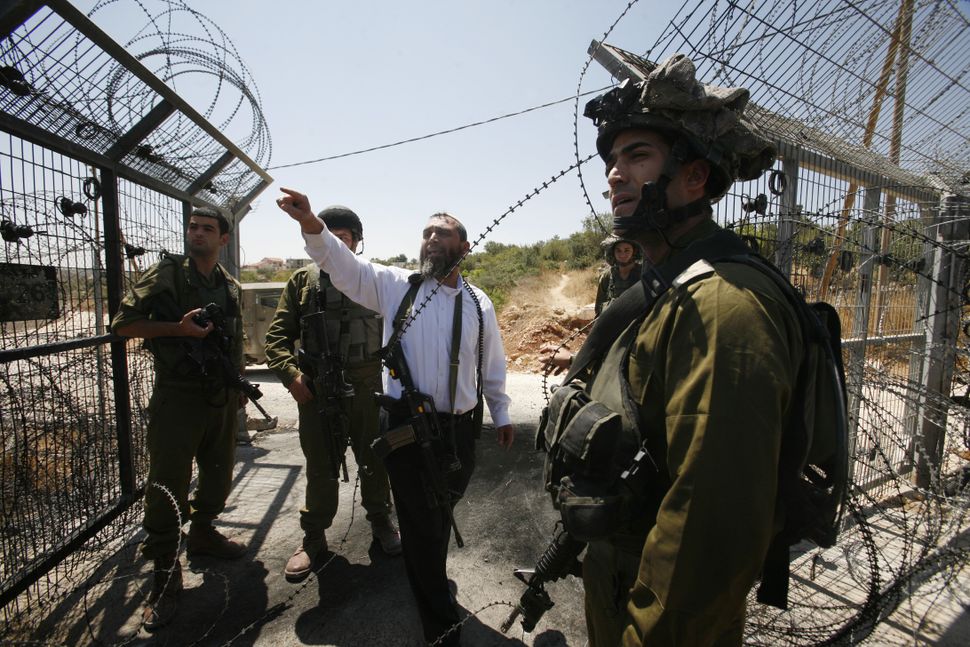 Israel is a sovereign state and recognized member of the United Nations while the West Bank and East Jerusalem under the international law of armed conflict remain occupied territories. With the methodical precision of a dumb machine, the Knesset had passed each month for the past two years a new law or amendment not so much to do away with this distinction but to make it harder to talk about it openly. The most draconian among these is the amendment to the Entry to Israel Law, which authorizes the prohibition of entry of foreign nationals, not excluding Jews, if they call for a boycott even of settlements alone. Recently, this legislative overdrive has taken a new turn. Several drafts are seeking to legislate the annexation of parts of the West Bank by placing them under Israeli sovereignty are under discussion.

Pro-settlement MKs, from the Likud and the Jewish Home Parties, vie for the distinction of submitting the most far-reaching versions. MK Miki Zohar from the Likud Party, for instance, suggests that Israel annex all of the West Bank and grant civil rights to its Palestinian residents — except the right to vote. These draft laws are more of a declarative nature than serious policies but the legislative juggernaut points to the settlement champions’ state of denial.

The legislative blitz is a terrifyingly effective tool of undercutting the free speech of the opponents of settlements and wreaks havoc with Israeli democracy. But not less importantly, it serves as a defensive maneuver to cover up a truth uncomfortable to the settlers and the Netanyahu governments about the status of the Israeli colonization project. The settler movement and its supporters seek to create the impression of irreversible momentum towards the absorption of the West Bank into Israel. Contrary to what many supporters and opponents of the settlement enterprise think, no such momentum has been created. It is time to admit that Israeli colonization is running out of steam.

Notwithstanding the massive outlay of capital, institutional support, and military protection in the past half century, Israeli colonization has been unable to alter the demographic balance of the West Bank. When the Likud government put forth the Drobless Plan in 1981, it projected that by 2010, 1.3 million Jews would live alongside 1.8 million Arabs in the West Bank. In fact, among the close to three million West Bank Palestinians, just 405,158 Jewish settlers resided in 126 settlements in mid-2016, comprising 13.8 percent of the region’s population, according to the according to the Civilian Administration. This means that Palestinians maintain a crushing demographic dominance. Not even the serious housing crisis within Israel serves to push more Jews into the heavily subsidized settlements.

The exceptions are the three blocks of settlements in which the majority of the settlers live: Gush Etzion, Givat Ze’ev, and Modi’in Ilit that lie alongside the Green Line and East Jerusalem for which territorial exchange talks were at an advanced stage during the 2008 Olmert-Abbas negotiations.

Perhaps most damningly, as shown by retired Israeli Army colonel Shaul Arieli, the annual growth rate of the settler population shows a long-term decline from about 10% in the 1990s, to 5.3% in 2009 and to 3.9% in 2016. In the second half of 2016, the settlements grew by only 7,053 new Israelis. One quarter of the settlements shrunk in 2016. Equally significant, almost 70% of the increase comes from births and half of these births occur in just two haredi towns, since Israelis from across the Green Line are generally staying away.

Meanwhile, the geographical impact of Israeli colonization remains limited. The built-up area of the colonies takes up 2% of the West Bank. The settlements in the heartland of the West Bank frequently consists of small clusters of houses but are transformed into Potemkin villages by being allotted generously expansive municipal boundaries. Neither have the settlers sunk economic roots in the West Bank. Most settlers commute to Israel for their employment. Many are employed by inflated educational, security and service jobs. The few hundred who engage in agriculture generally employ Palestinians to do the actual work.

In short, the settlement project has not created the conditions for the annexation of the West Bank to Israel nor made it inevitable. The turn to blunt tools of politics is an indirect admission that the 50 years of colonization have stalled. The settler lobby’s bravado gives off the odor of desperation. If things were going well, and colonization was humming, then why invest all this energy on shutting the eyes that see and padlocking the mouths that speak?

The Knesset’s legal steamroller aims to construct a legal and mental separation wall between an artificial entity that lumps the State of Israel together with the West Bank and the rest of the world. If the Israeli public can be bludgeoned into a homogenized mash any alternative view can be denounced as foreign or foreign-influenced and hence as anti-Israeli. The Likud and Jewish Home Parties and the settlers want to suppress the facts, offer alt-facts, and change the conversation, but facts are obstinate.

The Israeli Settler Movement Isn’t Much Of A Movement