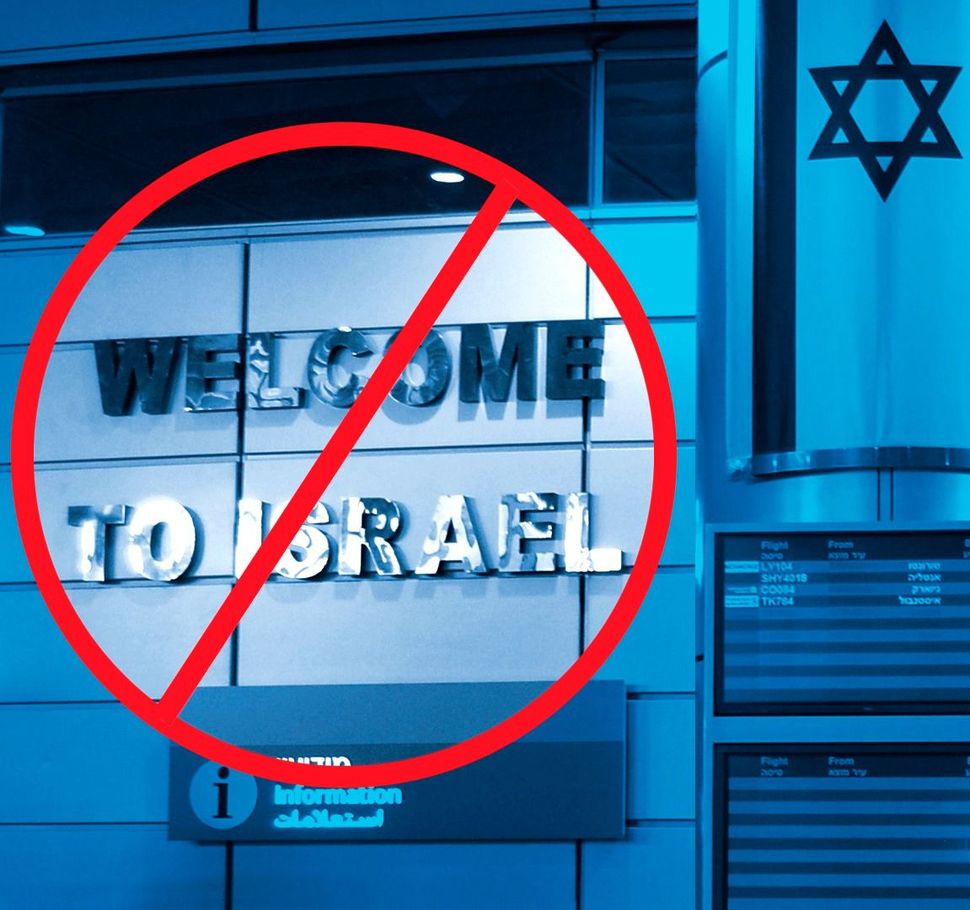 Israel often markets itself itself as the “only democracy in the Middle East,” but its controversial new law barring Boycott, Divestment and Sanctions supporters from entering the country means that the Holy Land veers toward Orwellian dystopia.

Leaving aside one’s feelings about the strategy of peaceful disengagement from the Israeli economy to pressure it to end the military occupation of the West Bank and Gaza Strip, the policy change serves as evidence that the former Jewish democracy is turning into a ideological state. A great many Jews, who under Zionist ideals have an unshakable right of return to Israel at any time, could be barred from visiting Israel, and, we can only assume that this could be a step toward denying apllications for citizenship.

The law criminalizes thought, warned Ian Lustick, a professor of political science and expert on the Israel-Palestine conflict at the University of Pennsylvania, “since it would imply that anyone who helped organize a public discussion of whether to boycott the State of Israel would also be bannable from the country. In other words, it would be an attempt to stop people from thinking.”

Hasia Diner, a historian at New York University’s Skirball Department of Hebrew and Judaic studies, went further: “So, if advocates of BDS — a nonviolent undertaking — cannot come to Israel, who is hurt? Not them, they can say whatever they want … speak, write, broadcast their ideas essentially unimpeded. Is Israel worried that BDS advocates will infect the Israeli public with their ideas? That public can access the ideas regardless of who passes through Ben Gurion Airport. As to its impact on Jews: it means that the fiction of Jewish unity … is further exposed as a fraud and a sham.”

This isn’t the first time Israel has tried to regulate thoughts Jews are allowed to have. In 2011, the Israeli government made it illegal for citizens to organize boycotts, a move criticized by many Jewish organizations and media, including The Forward. Obviously, the law would more easily apply to a group publicly calling for a boycott of, for example, products made in settlements. But consider this: is a Jewish Israeli citizen in a grocery store committing a thought crime if she puts down a product made in a settlement and opts for something manufactured within the Green Line? In essence, she’s already broken the spirit of the law, and while Israelis don’t enjoy the First Amendment like Americans do, the freedom to think your own thoughts and make your own choices is usually considered a cornerstone of what separates Western democracies from tyrannical regimes; Zionists might pride themselves, for example, for being more enlightened than say Turkey, a place where “insulting Turkishness” can land offenders in jail.

In the fall of last year, a Likud MK called for stripping Hagai El-Ad, chief of B’Tselem: The Israeli Information Center for Human Rights in the Occupied Territories, of citizenship, because his fierce advocacy for Palestinian human rights. An idle threat, perhaps, but it’s a sign of where Israel is heading in light of this most recently enacted law.

And this is one of the main problems of a state trying to control the thoughts of its citizens – or in the case of Israel, those who have standing to become citizens. What exactly defines a BDS supporter? If a professor, Jewish or otherwise, is a member of a scholarly organization that endorsed BDS, is she barred from entering the country to give a lecture at a university, even if she didn’t vote to endorse BDS?

The BDS movement is broad and many people only support it in part. For example, some consumers boycotted SodaStream when they were made in the occupied West Bank, but oppose academic and cultural boycotts on grounds that intellectual and cultural exchange is sacrosanct. Are they now verboten? If you supported BDS in college but gave up on it a few a years later, are you still prohibited from the Holy Land because you signed a petition during freshman year? The answer, today, remains unclear, and that means Israel is being ruled not so much by law but by the Interior Ministry’s definition of “supporting BDS.”

With the enactment of this misguided, dangerous law, Israel faces an existential crisis. Does the Jewish state want to be a home for all Jews, or a country only open to a select group of Jews who hold acceptable political beliefs and who vow to adhere to dogmatic ideological bullet points?