How ‘Moderate’ Ultra-Orthodox Aid And Abet Extremism In Israel 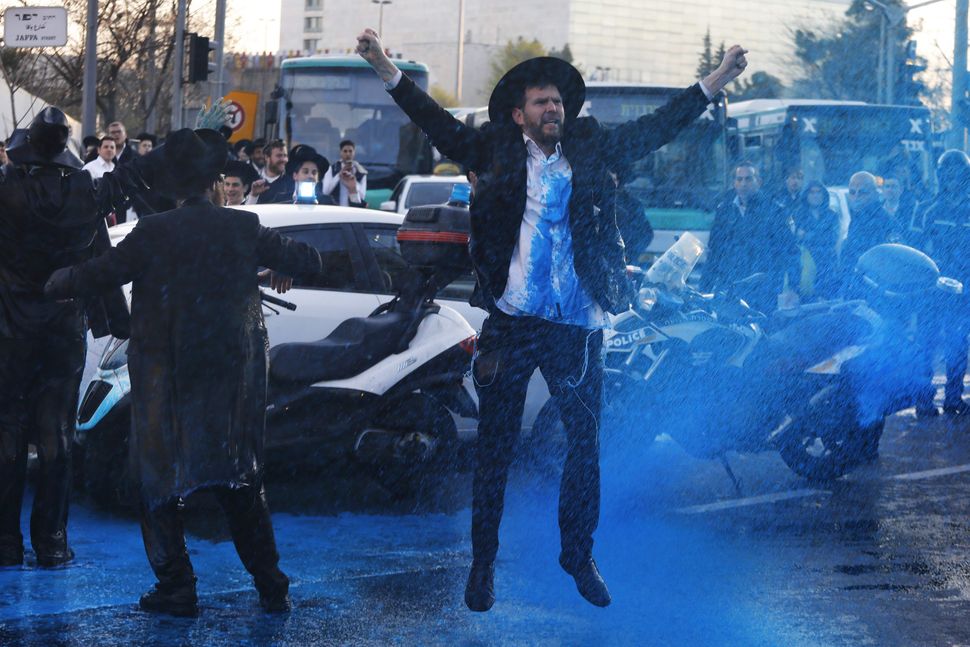 In his recent article, “How CNN’s ‘Believer’ Smears Israel’s Ultra-Orthodox As Intolerant ‘Black Peril’” published in the Forward, Rabbi Avi Shafran takes issue with CNN religion reporter Reza Aslan’s portrayal of Haredi Jews in Israel as “bent on creating an oppressive theocracy.” Shafran, who believes Aslan’s piece maligned the Haredi, used his op-ed to depict the ultra-Orthodox of Israel as simply wanting their “space and their traditions.”

I disagree with Aslan’s conclusions that Haredi “demographic changes pose a severe threat to Israel’s status as a modern, secular democracy.” I have faith that Israel will continue to remain a free country. Unfortunately, I cannot agree with Rabbi Shafran either. The fact of the matter is that there is growing extremism in Israel, yet Rabbi Shafran presents an alternate reality and whitewashes this truth. That this is done by a rabbi who serves as a spokesperson for much of the Orthodox world is part of this very problem.

What was once called “extremism” is the new normal. It is not, as Shafran writes, a phenomenon of a small group of “outliers” who throw things or call people names, while the majority “fully embrace all Jews, including those estranged from observance or mired in the milieu.” Rather, both the political and religious establishments in the Haredi world are increasingly intolerant of anything but the Haredi worldview.

I will begin with an important caveat: when I say Haredim, I do not mean every Orthodox man in a black hat or woman in a wig. But it must also be clear that those who see extremism taking over and do not speak out against it give tacit approval by their silence. They share the blame of the consequences — including CNN exposés.

Rabbi Shafran, let me present what has been happening in Israel this very year:

In Ramat Beit Shemesh, an enclave of Orthodoxy that is known to house the most extreme elements in Haredi society, modern orthodox teenagers are assaulted every Shabbat as they walk to their youth groups by hundreds (yes, hundreds) of Haredi children. Adults join in the attacks, standing on their balconies overlooking the road, yelling and throwing eggs and tomatoes at the non-Haredi religious girls.

One mother I know escorted her daughter to protect her and was herself hit in the back by a rock thrown by a child calling her “shiksa.” When the father of the young hooligan was confronted, he claimed that his son threw an apple, not a rock — as though throwing an apple at a woman is acceptable. I too have been called a shiksa, and was spat on in 2012 when I went to position myself between girls in school and the men who came to call them ‘shiksa’ and ‘prutza’ (whore) in an attempt to intimidate them to abandon the school.

When moderates don’t stop extremists, extremists only grow bolder. Where once there were hundreds espousing an extremist version of Judaism, there is now an entire generation being raised on hate and disrespect for Zionists, police, the army, women, and anyone not like them. 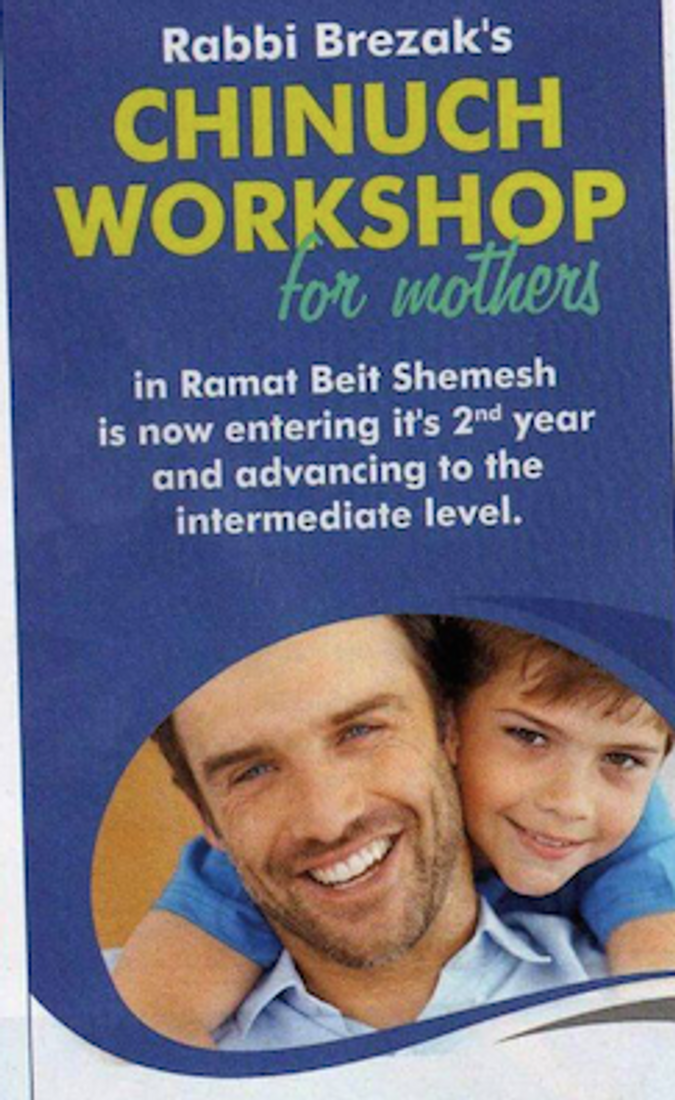 So-called moderate Haredim outright refused to stand up and put a stop to it. They made excuses. They pooh-poohed it as the work of a tiny fringe element … and left it to fester.

Increasingly, images of women are disappearing from publications, billboards, bank and health clinic brochures in Israel. For instance, a flyer advertising a workshop for mothers, pictured left, only shows a father and son. Women are are kept off of religious councils in violation of Israeli law. And no one does a thing because: it’s no big deal, it’s just extremists and, anyway, where’s the harm in not having women pictured in health ads? But everyone is harmed when one gender can erase the other. It is why the local boys think they are justified in telling my daughters to go to the back of the bus. Extreme positions become the norm when no one stands against them.

Thousands of Haredim demonstrate violently on orders from their rabbis against the legal requirement to report to army centers to request a deferment. One young girl was caught in the middle of a protest, and was pushed and kicked, her phone was taken and trampled. She was extricated by police.

It’s hard to believe that the Haredi culture would countenance attacking a young girl, but with women increasingly removed from the public sphere and boys taught never to look at them, even girls become unknown. Add to this that this girl appeared not to be religious and she became the enemy — and fair game.

Not one Haredi politician, not one Haredi rabbi has come out publicly against these riots (as far as I have been able to determine).

Rabbi Shafran maintains that the Haredi mindset is fundamentally “live and let live,” yet the Haredim are in charge of the Rabbinate, certain ministries, and municipalities. They govern all official “Jewish” elements of daily life, and seek to create a reality that caters to their needs — ignoring those of the rest of the population. That kind of political power cannot be dismissed.

It is understandable that Rabbi Shafran passionately defends his people, and wants to see only the good in his community. But ignoring the wrong that is done, whitewashing it, claiming it is only on the fringe, presents a false reality. Worse, it is tantamount to violating the prohibition to not stand by when our brethren are in danger.

Based on his writing, I believe Rabbi Shafran cares for Israel and for the future of the Jewish people. But until moderate Haredim own up to the cancer in their midst — and determine to stand against it — they can expect more reactions like Aslan’s and further push back against Haredi control.

Shoshanna Keats Jaskoll is a writer and activist living in Israel.

How ‘Moderate’ Ultra-Orthodox Aid And Abet Extremism In Israel