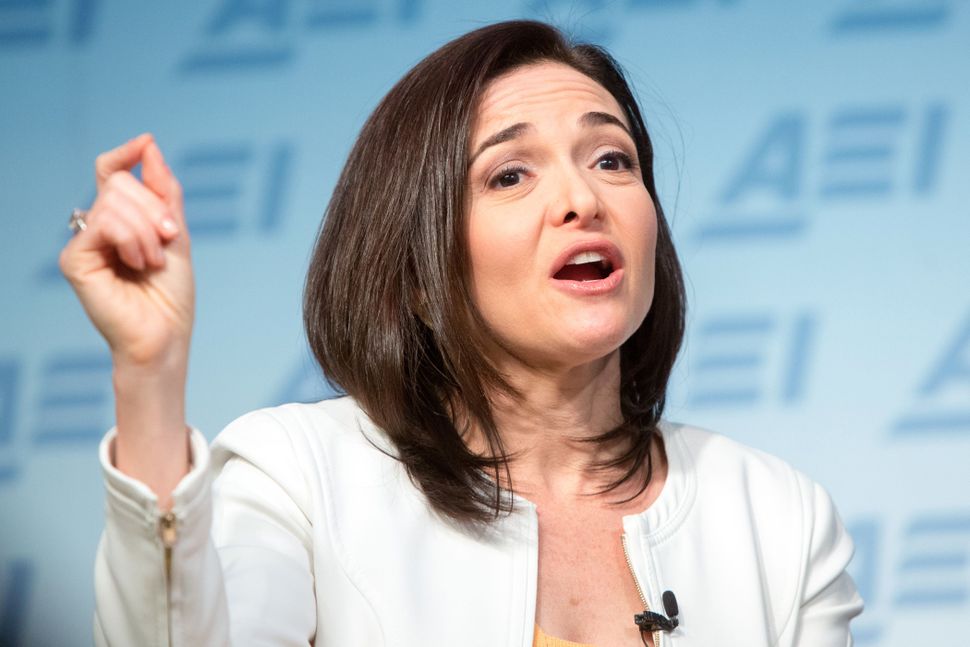 Facebook COO Sheryl Sandberg has published her latest book, “Option B: Facing Adversity, Building Resilience, and Finding Joy.” Structured as part memoir and part how-to, Sandberg describes her and her family’s efforts to overcome her husband Dave Goldberg’s unexpected death last year and how people can cope with loss and help bereaved friends. In a recent op-ed with The New York Times, Sandberg wrote, “Talking openly about memories — not just positive ones, but difficult ones, too — can help kids make sense of their past and rise to future challenges. It’s especially powerful to share stories about how the family sticks together through good times and bad, which allows kids to feel that they are connected to something larger than themselves.”

As her follow-up to a viral Facebook post she wrote last year following the end of her family’s sheloshim period, Sandberg’s book has been received with much fanfare. Here is what people are saying about Option B.

“This impulse of hers — to share what she’s learned with the hope that it helps others — seems to be innate, even irrepressible. It’s earnest and eager, qualities that aren’t cool these days, but ones that are necessary if alleviating suffering becomes part of your life’s mission.”

Rebecca Ruiz commends Sandberg’s book, believing its only weakness might be that its ambitious scope sometimes makes it “feel feel like a grab bag of observations, scientific findings, and heartfelt stories.” Otherwise, Ruiz finds that Sandberg has learned from her previous book, Lean In, to convey earnest, heartfelt emotions and experiences that are relatable — even for a billionaire Facebook executive.

“Option B implores us to build wells of strength to cope with adversity, but also to find compassion for ourselves and those around us when it hits us, as it will. ‘This book gives you hope,’ Grace, my sister-in-law, said. ‘In the midst of such grief, hope is all we can ask for.’”

Jenny Anderson relates her own experience of personal loss to Sandberg’s “journey through the fog of sadness and anger to her choice to find happiness again.” Anderson describes the several components of Sandberg’s book she would have found helpful in those trying times: the three p’s (personalization, pervasiveness, permanence), the idea of post-traumatic growth, how children build residence, and what friends can say to the bereaved.

Peggy Drexler, CNN: “What Sheryl Sandberg Gets Right About Life After Death”

“Was it too soon? That’s not for Sandberg, or anyone else, to answer. Grief is personal, and Sandberg doesn’t attempt to tell readers when to move on. But she will give us permission to find joy even as we grieve.”

Psychologist and occasional Forward contributor Peggy Drexler, among other topics, addresses the criticism by some of Sandberg for beginning to date within a year after her husband’s passing. She agrees with Sandberg that grief and moving on is handled differently on an individual basis and goes on to say her part-memoir, part how-to-bereave is not only helpful for the bereaved and friends of the bereaved, but is a cathartic experience within itself.