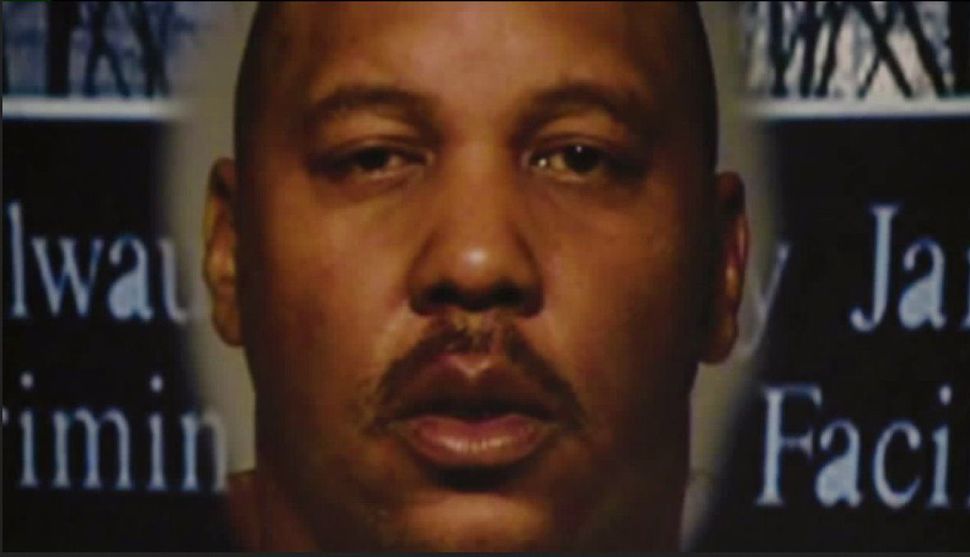 Terrill Thomas was killed in his jail cell. Not in a fight, beaten by guards or other inmates. And not by hanging, because he had given up. He died, instead, slowly and agonizingly, in an isolation cell, because he had no water. His cell had no mattress, no pillow, no blanket and, after guards decided to turn off his water, no toilet. He languished in his cell, according to prosecutors, increasingly dehydrated for seven agonizing days, until he finally died on April 24, 2016.

Thomas died by torture not in North Korea or in Iran, where we have sadly come to expect such horrors. He was tortured and killed in the United States, at the Milwaukee County Jail.

The New York Times reported the story last week. With the exception of that one article, however, I have seen no one else mention Terrill Thomas. Not lawmakers across the country, no one in the international community, and not even the many rabbis or Jewish community leaders whose postings I often read on social media.

That is a deafening silence.

Imagine for a moment that the prisoner who died had been a Palestinian, accused, like Thomas, of shooting a man in the chest and firing another couple of shots in a hotel. Let us also assume that – as was undoubtedly the case in Milwaukee – the prison guards had violated prison policy, that the horror was the result of their personal cruelty and not protocol.

We can all imagine the fury. Obviously, Palestinians would make an international case of the event, perhaps quite rightly. European capitals would immediately remind the world of the injustice of the occupation. All that is to be expected.

In addition, though, we know that there would be an outcry among American Jewish leaders. We know who the likely spokespeople would be, accusing the Jewish state of having lost its way, accusing it of being a virtual apartheid state, suggesting that Israel’s democracy was teetering. Some of that outrage would be appropriate. My question is not why people would respond with horror to an Israeli Terrill Thomas case, but why those same people have nothing to say about the real Terrill Thomas, who lived and died in the country of which they are citizens, in the country they call home.

Let’s take the young American Jews, many of whom are motivated by a deep sense of justice, who are pouring their activist energies into ending the occupation. That’s an understandable cause. But to get a sense of how serious they are, ask them how Israel should end the occupation, and they often have no idea. Should Israel be allowed to keep a military presence along the Jordan River, which Israeli security insists is critical, given the Islamic State group and the meltdown of Syria, yet which the Palestinians reject out of hand? Should the Israeli Air Force have fly-over rights so that it can keep an eye on any arms smuggling in Palestinian towns, as many Israeli experts say it must? But what about Palestinian insistence that that is just a further humiliation? If Israel got out of most of the West Bank, what would be the status of Palestinians living in Israeli areas of the West Bank? Should they be moved? Given Israeli citizenship? Have East Jerusalem Palestinian status?

And what about the fact that, as of now, the Palestinians refuse to negotiate? Yasser Arafat turned down Ehud Barak’s offer of land for peace; Mahmoud Abbas rebuffed Ehud Olmert’s more generous offer, and the Palestinian leader again would not come to the table when Barack Obama forced Benjamin Netanyahu into a building freeze several years ago. How can Israel end the occupation with a negotiating partner that will not negotiate?

How many J Street U or IfNotNow activists have thought these issues through? And if they haven’t, why not? Many of them are the top students at America’s finest universities. They are bright, educated and analytic. Why not apply that nuance and those abilities to Israel? Why the instinctive tendency to focus on Israel’s responsibility for what is a terribly complex problem that Israel cannot solve alone, and at the same time, to be totally silent about horrors and endemic racial injustice in their own society, which the United States could address without the cooperation of any other country or society?

Why the opprobrium directed at Israel at every turn, and the virtual silence on the injustice in America? Do these students not care about America? Do they believe that the United States is not their responsibility? Is it that America seems too big to fix? Or that America can’t be changed but Israel can? Why do they threaten to walk away from Israel entirely if the Jewish state does not improve, but they never, ever threaten to walk away from devotion to America?

If a Terrill Thomas were to die in an Israeli prison, I, too, would be sickened, outraged and moved to protest. Because it would have happened in the country I call home and love so deeply, I would be heartbroken. Yet I am left no less heartbroken, I will confess, by the realization that many young American Jews would rather vent anger and heap criticism on Israel than roll up their sleeves and get to work in the place they call home and where they could actually make a difference.

Daniel Gordis is the Koret Distinguished Fellow at Shalem College, in Jerusalem. His latest book, “Israel: A Concise History Of A Nation Reborn,” just received the National Jewish Book Award as the 2016 Book Of The Year. He is, with Peter Beinart, co-host of the “Fault Lines” podcast.