Is Trump Visiting Israel To Praise Bibi — Or To Bury Him? 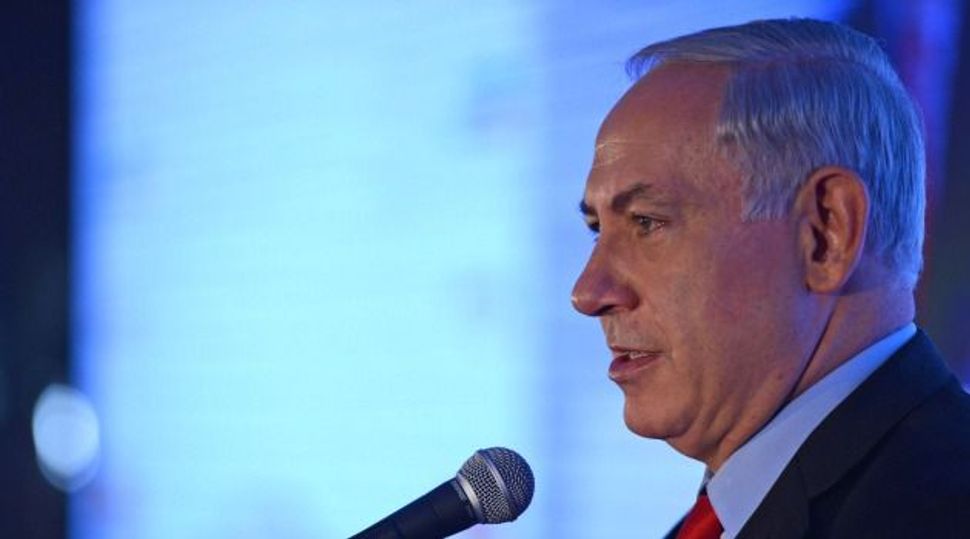 When Donald Trump visits Israel later this month, as he reportedly will do, he faces much to potentially gain and little to lose. The reverse is true of his host, Israel’s prime minister, Benjamin Netanyahu.

For Trump, it’s an opportunity to show some statesmanship and gravitas — qualities he’s not widely associated with — in a friendly environment. It’s an opportunity to solidify his shaky relationship with the ardently pro-Israel Republicans in Congress, who’ve been repeatedly undermined or plain flummoxed by Trump’s unpredictable antics. And — who knows? — he just might make some progress where so many have failed: getting the Israeli-Palestinian deadlock unstuck. Strange things happen when Trump’s around.

Besides, if he tries and fails, it will simply end up being another implausible promise he’s made and then airily dismissed. We’re used to it.

The stakes are entirely different for Netanyahu. He spent political capital last year to see that a Republican would succeed Barack Obama, assuming that Israel could then sit back and enjoy the unconditional support and adulation. If Trump comes to town and dispenses the same tasty froth that George W. Bush and Ronald Reagan showered on Israel, Netanyahu comes out a winner. All the better if the president brings some new goodies — some new funding, perhaps even a plan, as rumored in some right-wing circles, to move the U.S. Embassy to Jerusalem from Tel Aviv.

Right now the prime minister badly needs a big win to soothe his prickly coalition partners. They’ve been needling him from the right for months for failing to stand firm on the principles of the Israeli right. He’s maintained and enforced the hated ban on Jewish prayer on the Temple Mount. He’s dismantled wildcat settlement outposts in the face of intense settler opposition. Most of all, he’s failed to end the chatter about Palestinian statehood and to initiate a formal West Bank annexation process, as the right is demanding ever more insistently.

To much of the outside world, Netanyahu looks like a defiant opponent of a two-state Israeli-Palestinian peace accord. To his base on the right, he looks suspiciously like a slow-motion appeaser of Palestinians and their Western friends. Staying upright amid such pummeling crosswinds calls for a very delicate balancing act, feinting constantly to one side or the other, depending on where the pressure comes from. Right now the strongest pressure is coming from his right.

The prime minister’s need for a showy victory is especially acute now because of the legal sword hanging over his head. Israel’s police appear poised to recommend he be indicted on at least one of three different corruption cases they’ve been investigating. Netanyahu is reportedly vowing in private that he won’t resign after an indictment, because the country needs him — and anyway, he insists, the charges are baseless. But if the indictment comes down, the pressure to step aside will be enormous. It’s already growing.

Netanyahu’s predecessor, Ehud Olmert, resigned even before he was indicted on graft charges. Olmert had said his legal defense took too much time to do his job properly. If Netanyahu wants to defy that precedent, he’ll need rock-solid support from his fractious coalition.

The looming danger is that President Trump appears to be serious about brokering what some call the deal of the century in the Middle East. Any compromise deal would require Israeli concessions that Netanyahu would find hard to swallow and that his allies on his right flat-out reject.

Trump has spent a great deal of time in recent weeks meeting and visibly strengthening bonds with key Arab leaders, including Egyptian President Abdel Fattah al-Sisi, Jordanian King Abdullah II and Palestinian Authority chief Mahmoud Abbas, who’s due to visit the White House on May 3. Senior Arab leaders — including the Saudi foreign minister Adel al-Jubeir and top aides to Abbas — have been voicing optimism bordering on enthusiasm over prospects for peace in the Trump era.

Trump ran for office with two contradictory Middle East messages, promising at once to be Israel’s best friend and yet “neutral” on the issues. As with so much else, he seemed unaware that his various messages effectively canceled each other out. Most of his harshest critics, present company included, were certain he was incapable of learning on the job. Recent signs suggest that the critics may have been wrong.

This is making Netanyahu’s entourage nervous. Israelis with ties to the Trump administration are reporting, according to political correspondent Tal Shalev of the widely read Walla news site, that the president wants to convene a “regional summit” of Middle East leaders this summer in Washington. Participants would include Egypt, Jordan and Saudi Arabia, along with Israel and the Palestinian Authority. The agenda would be based on the Saudi-led Arab Peace Initiative.

The initiative, adopted unanimously in 2002 by the 22-nation League Of Arab States, calls for recognition of Israel by all the Arab states, for “normal” relations and for a declaration that the Israel-Arab conflict “is ended.” The tradeoff required Israeli consent to establish a sovereign Palestinian state along the pre-1967 borders or their equivalent, with East Jerusalem as its capital, and a “just” and “agreed” solution to the Palestinian refugee problem. (Israeli-Palestinian negotiations have already agreed that this will entail Israeli acceptance of a symbolic number of “returnees” and compensation and resettlement for the rest.) The 57 mostly Muslim states in the organization voted later in 2002 to endorse the initiative, with its promise of recognizing Israel following Palestinian independence, by a margin of 56-0-1 (Iran abstained).

Some Arab states, like Syria, are no longer on board. But the others reaffirmed the offer just weeks ago.

Israel officially ignored the initiative until recently, but the prime minister is now trying to negotiate changes in it. Most important, he wants normalization with the neighbors before sitting down to discuss Palestinian statehood. The Arab states, led by the Saudis, have refused.

The regional summit idea is meant to sidestep the dispute over timing by effectively unfolding the statehood and normalization processes simultaneously. It was proposed during the 2014 Gaza war by centrist maverick Yair Lapid, who was then a Netanyahu coalition ally but currently is in opposition, following quiet consultation between Saudi and Israeli security experts. It’s now an offer that Netanyahu will find very hard to refuse. He’s even gotten an offer from Egypt and the Saudis, acting in 2016 under pressure from then-secretary of state John Kerry, to sweeten the package with recognition of Israel as a Jewish state.

It’s still an open question whether Trump will bring up his regional summit when he reaches Jerusalem. It’s a safe bet that he won’t want to embarrass Netanyahu by demanding something the prime minister can’t give, but it will surely be a topic of intense discussion before the visit. For Netanyahu, it would mean the end of his current coalition, driving his right flank into opposition and forcing him into a partnership with Lapid and/or Labor leader Isaac Herzog.

Alternatively, the prime minister might prefer to close this deal to cement his legacy before resigning and facing prosecutors.

Is Trump Visiting Israel To Praise Bibi — Or To Bury Him?