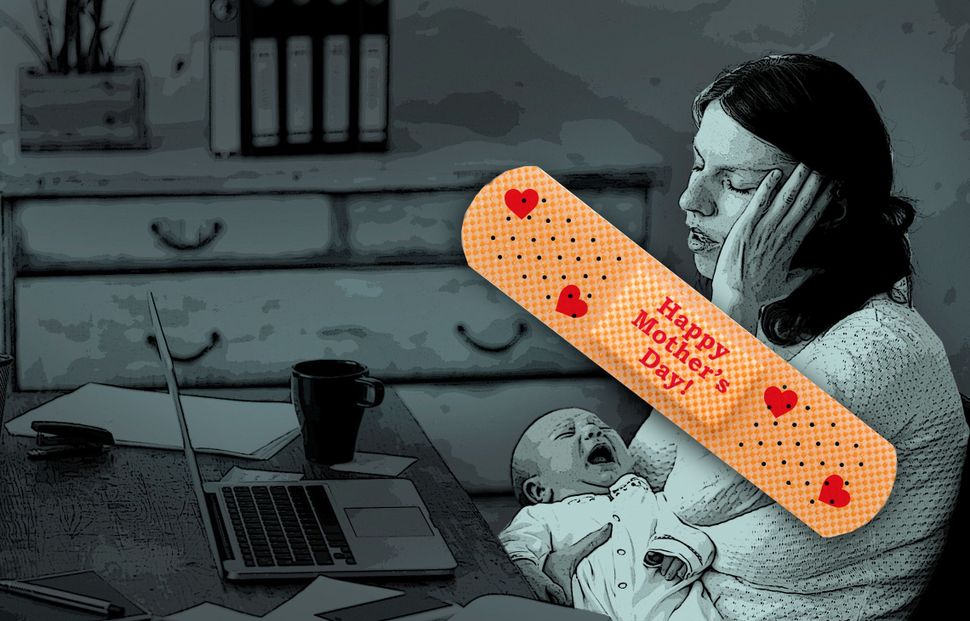 A wise man told me never to eat a meal prepared by someone who brags about washing his hands. His point was clear: You can’t trust someone who takes unusual pride in achieving a commonplace, because it suggests that for him it’s actually an extraordinary occurrence. It suggests that something that should happen every day — indeed every mealtime — is happening only about once a year.

Well, Mother’s Day is Anglo-American culture bragging about its treatment of mothers. And I’m not about to swallow the sexist guff that our patriarchal culture has prepared for us in the name of affirmation.

First of all, it’s a spit in the eye for those women who, through choice, or despite their most profound attempts, are not mothers. “Hello, ladies! Thanks for playing, but society values you for only your success as a breeder, you losers.” If we want to acknowledge that society needs to make up for its treatment of women, why don’t we just celebrate Women’s Day properly, as even the Soviet Union was able to do.

Second, for mothers themselves, it’s the one day they should be able to forget the terrible weight of anxiety that is motherhood. But no. “Tada! Here’s your lifelong burden commemorated. Enjoy!”

It’s as if all birthday cakes had to be coffin shaped.

Once a year we pile all our stereotypes of motherhood into one fluffy pink cushion and a doggerel-covered Hallmark card, and somehow that makes it ok to endure 364 days of pussy-grabbing, institutional sexism. Does that sound right? Come on, America.

Flowers on the second Sunday of May don’t make up for a federal maternity leave policy from the Dark Ages. Taking the kids for a couple of hours on Mother’s Day doesn’t go any way toward showing proportionate gratitude for the worrier-in-chief whose time is valued at 79.6% of men’s time. Breakfast in bed (yes, kids, I’m looking at you) might make it temporarily bearable that breast cancer is a pre-existing condition that might allow insurance agents to raise premiums sky high. But not sustainably.

Mothering Sunday is the Sunday that Christian congregants were encouraged to visit the church where they were baptized — to visit their Mother church. Through a linguistic misunderstanding, this has gotten caught up with another church-begun tradition — Mother’s Day.

But church or synagogue, it shouldn’t matter. This is not some obscure ruling by synod or bizarre interpretation by a minor talmudic scholar, this is one of the Ten Commandments. Like “Thou shalt not kill,” “Thou shalt not not steal” or “Thou shalt not bear false witness.” It’s a foundational teaching of Western civilization (Eastern, too, but that’s a different topic). “Respect your father and mother.”

The commandments aren’t “If you steal something, say sorry,” or “If you kill someone, plant a tree in their name.” They are serious,categorical does and don’ts. Not “Thou mightest think about trying to do this,” but “Thou shalt do this thing.” So let’s not paper over the cracks of the gaping sexist abyss in our culture with a rinky-dink Hallmark holiday. Let’s respect our mothers, and not just our mothers, but everyone’s mothers.

In Hebrew the word for respect, kavod, is related linguistically, through the sense of weightiness, to the liver. But it’s through another organ and characteristic that our mothers affect society. In Hebrew the word for womb, rechem, gives us the words for “mercy” and, one of the 13 Divine Attributes, rachum, or “compassion.”

Until the people who run this country show that they’ve learned some rachum or, in Yiddish, rakhmones, or possibly show we’ve reached a situation of true parity by instituting a special day dedicated to celebrating Mediocre White Men, we’ll know that there’s need for political action, not just gift.com action, to make sure that those who came from a rechem are showing some kavod to those with a rechem.

Dan Friedman is the executive editor of the Forward and is its resident curmudgeon. All proceeds from this article will go toward buying his wonderful wife a lovely Mother’s Day present. Follow him on Twitter, @danfriedmanme