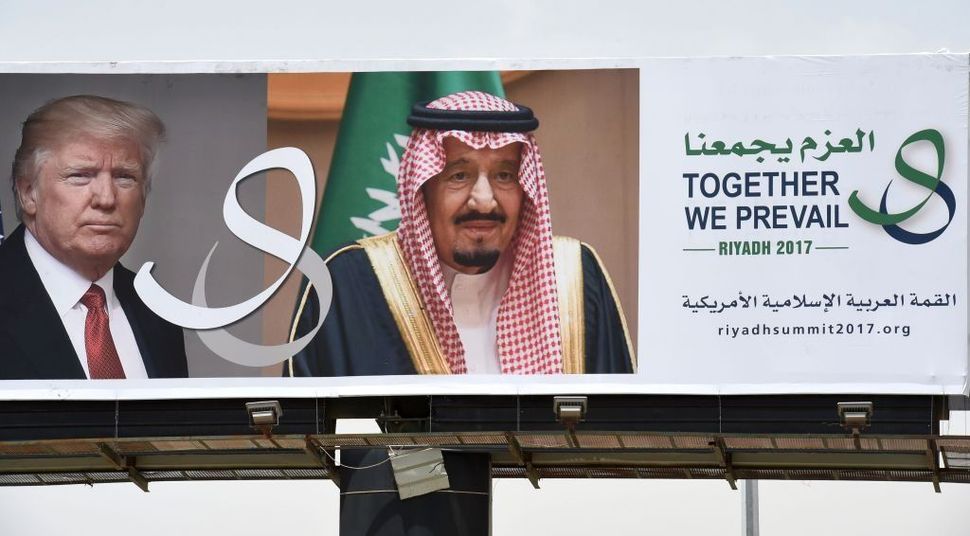 Could it be more starkly ironic than this: on Sunday, in Riyadh, Saudi Arabia, President Trump opened the Global Center for Combating Extremist Ideology, and on Tuesday, he announced his intention to end federal programs that counter violent extremism in the United States.

The President’s speech to the leaders of Arab and Islamic nations assembled in Riyadh was itself a spectacle of contradictions. As a U.S. President who rejects rapprochement with Shia Iran and who has abandoned all but the faintest rhetorical references to democracy, equality and human rights, he received a warm welcome. But many of these rulers, with little or no popular legitimacy of their own, are the prime motivators and enablers of what Trump opportunistically calls “radical Islamic terrorism.”

This week’s ironies may haunt us for a generation. For their own political and strategic purposes, regimes such as Saudi Arabia and Qatar have funded and tolerated elements of groups like Al Qaeda and Islamic State (IS). The glaring despair and repressiveness that prevail in most of the Middle East are what sowed the Arab Spring, and they continue to fuel recruitment for Islamic State and its clones.

President Trump’s words, both here and in Riyadh, are music to IS’s ears. The more he insists on a purely military solution to their brand of terror, the more the goals behind their terror are realized: polarization within Western societies, alienation of Muslims, and collapse of the existing order across the Muslim world. Effectively, Trump just gave dictatorships across much of Africa and Asia the U.S. stamp of approval to further militarize their societies and ruthlessly retaliate against any and all dissent, thereby elevating the appeal of terrorism — all in the name of fighting terrorism.

Whatever success we enjoy on the battlefield and at our security checkpoints, lasting victory in the fight against terror will depend on winning “hearts and minds”. Compared to the trillion-plus dollars we have expended since 9/11 in trying to overcome the widely defined threat of terrorism, the $50 million a year for “countering violent extremism” (CVE) was a bargain.

As administered through the Department of Homeland Security (DHS), CVE – still in its first year – focuses on outreach to different communities across the United States in order to push back against extremist narratives and cultivate relationships with local leaders and activists. From a law enforcement perspective, this is vital: undermining the appeal of the very groups we want to defeat, empowering local communities, exchanging information with insiders to identify threats before they explode, training DHS personnel, demonstrating genuine solidarity against the forces of division and hatred.

Even before releasing its proposed federal budget this week, the Trump administration had begun efforts to neutralize the CVE program. After deciding against renaming CVE to “Countering Islamic Extremism,” the White House froze the first $10 million in grants awarded last year to community groups.

Some of these programs may find partial replacement funding from foundations or from state and local government, but the coordination and powerful message of a national campaign will be lost. In his speeches and in his proposed budget for diplomacy and foreign aid, our President has sidelined the promotion of civil society in the very countries that inspire young people to become terrorists. And now he’s doing it here at home.

Does any of this make you feel safer?

Shai Franklin is CEO of Your Global Strategy, Inc., whose clients include non-profits, businesses and foreign governments seeking U.S. support and cooperation. He worked closely with the Bush administration and Congress to shape the 2004 Global Anti-Semitism Review Act, which mandates the Special Envoy to Monitor and Combat Anti-Semitism.