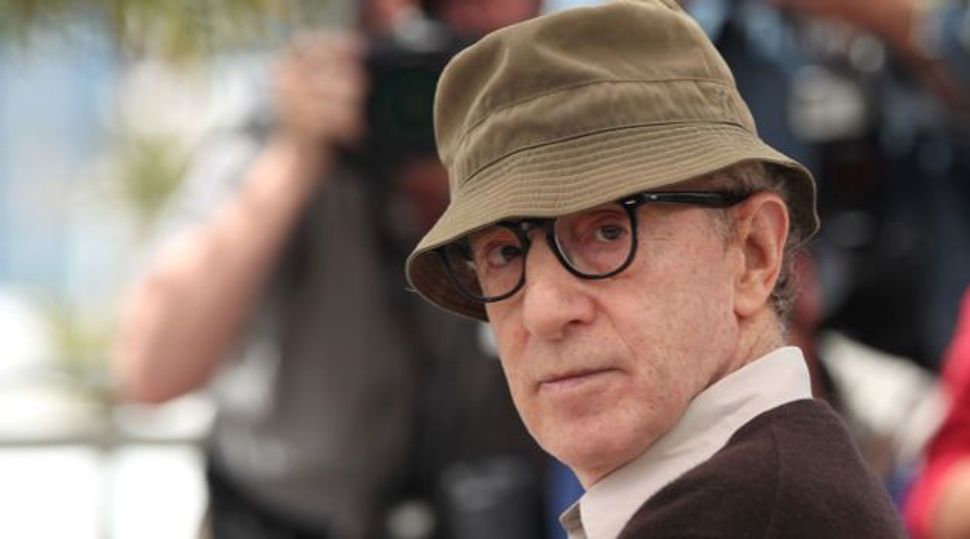 By Robert Edwards and Ferne Pearlstein May 29, 2017

For more than 25 years, we had been trying to make a feature documentary titled “The Last Laugh,” which asks whether there is any place at all for humor in approaching the horrific topic of the Holocaust. The idea began with a 1990 visit to Miami’s Holocaust Memorial, then newly opened, where a friend of ours asked the elderly female survivor who was leading our tour whether she had read Art Spiegelman’s Maus. She replied angrily that she had not and would not, because “you can’t deal with the Holocaust in the funny pages!” Of course, Spiegelman’s graphic novel — which would go on to win the Pulitzer Prize and more or less give birth to the entire genre — was not at all “funny” in the conventional sense. It was a profound and poignant memoir that used humor only in the darkest way, and even then only in passing. But the sheer idea of the form was enough to infuriate this survivor, which spoke to the deep passions that the topic of humor inspired. Intrigued by this encounter, our friend, Kent Kirshenbaum (now a highly-respected professor of chemistry at NYU) wrote an academic paper called “The Last Laugh: Humor and the Holocaust.” When he was done, he gave it to Ferne and said: “Now make this into a film.”

It took us many years to get the documentary off the ground. People were understandably leery of the project, worried about our motives, and concerned about how we would handle such incendiary material even if they were confident of our good intent. Everyone we spoke to was reluctant to be the first ones to put in money or be interviewed on camera. But we finally succeeded in raising the budget and got the first crucial interview — with a very brave Rob Reiner — that opened the doors to all the others that followed, including — eventually — Mel Brooks, Sarah Silverman, Carl Reiner, Gilbert Gottfried, Alan Zweibel, Harry Shearer, Susie Essman, Etgar Keret, and Shalom Auslander, among others. After five years of production and editing simultaneously, the documentary was finished in early 2016 and had its world premiere at the Tribeca Film Festival, kicking off a highly successful run at 85 festivals around the world (and counting), a theatrical run, and a nationwide broadcast on PBS’s Independent Lens series on Holocaust Remembrance Day.

We were actually somewhat surprised by how uncontroversial and warm the reception was. In contrast to the resistance we’d met in trying to get the film made, it felt like times had changed sufficiently that viewers were ready to tackle the subject.

What is instructive is how the reaction to the film changed after November 8, 2016.

By sheer coincidence, the film was in nine festivals immediately following the election. At the High Falls Film Festival in Rochester, N.Y. on November 10th, where The Last Laugh was the Opening Night film, one of the programmers said: “Two months ago I watched one film, and tonight I watched an entirely different film.”

So what was different? Two very specific things.

One was the topic of satire as a political weapon, and its relative strength or weakness in that role. That discussion felt rather academic before November; now it is on everyone’s mind, not to mention copious op-ed pieces, magazine covers, and websites. Our film points out the obvious value of satire as a means of bringing down the powerful. (“Humor is the weapon of the weak,” Etgar Keret says in the film, meant not as a criticism but as an observation that ridicule is one of the few tools the oppressed have at their disposal with which to fight back.) But it also notes satire’s relative impotence compared to, say, a machine gun. David Steinberg notes that satire did nothing to stop Hitler, an opinion further bolstered by a clip of Woody Allen from “Manhattan” observing that when it comes to confronting neo-Nazis who want to march in New Jersey, “a satirical piece in the Times is one thing, but bricks and bats really get to the point.” An even more complex assessment comes from Larry Charles — the eloquent director of “Borat,” “Bruno,” “Religulous,” and many episodes of “Curb Your Enthusiasm,” as well as a veteran Seinfeld writer — who argues that a certain amount of dissent ± satire included — is built into the system, tolerated and even encouraged by the powers that be as a release valve to dissipate unrest and prevent it from gelling into genuine uprising. “Resistance is surrender,” he says, quoting the much-admired Slovenian philosopher Slavoj Zizek.

The other aspect of the film that now ripples through audiences like an electric current is the danger of dismissing a tyrant-in-the-making as nothing more than a clown. In one scene, Renee Firestone, the 92-year-old Hungarian survivor who is the film’s heart and soul, is speaking to a group of schoolchildren at the Museum of Tolerance in Los Angeles — children who are roughly the same age she was when Hitler came to power. She tells them: “I asked my father, ‘Is this man serious that he’s going to kill all of us?’ And my father said, ‘Ah, don’t listen to that comedian. Don’t you see, he looks like Charlie Chaplin. He’ll be out of office in no time.’ Well, my father was wrong.” (Renee was subsequently sent to Auschwitz in a cattle car, where her sister was murdered following medical experiments supervised by Josef Mengele.) Before, that line was nearly a throwaway, but, now, after Donald Trump’s rise, Renee’s mention of “that comedian,” and the idea that “He’ll be out of office in no time” sends audible gasps through the audience.

As a result of these changes, and the much more volatile atmosphere post-election, we have had to adjust slightly how we present the film and conduct our post-screening Q&As. Most festival directors introduce the film with comments like, “We are a very polarized and divided nation right now and this film offers the opportunity to talk about those issues.” Our festival audiences tend to be politically progressive; it wasn’t until we started screening at Jewish film festivals and in our recent theatrical run that we have seen a more ideologically mixed crowd. Surprisingly, we have had very few angry reactions in the discussions after the lights come up. People still respond positively to the film, whatever their politics. But people who don’t want to consider it in the context of current events, or hear others engage in that discourse, typically get up and leave before the Q&A begins.

Our concern in making this film over the last 25 years was that we would offend people with the subject matter or that the message that humor can be a positive force wouldn’t come through. Not in our wildest dreams did it ever occur to us that the film would become as topical as it has, or that it would parallel the current political situation in the present day. We are interested in civil discourse and the open exchange of ideas. It is that dedication to the importance of free expression for the health of a democracy that is a central point in the film. Now more than ever the power of free speech, of humor and satire, and of vigilance against tyranny is on the minds — and often the lips — of all.

Ferne Pearlstein and Robert Edwards made the documentary, “The Last Laugh.”