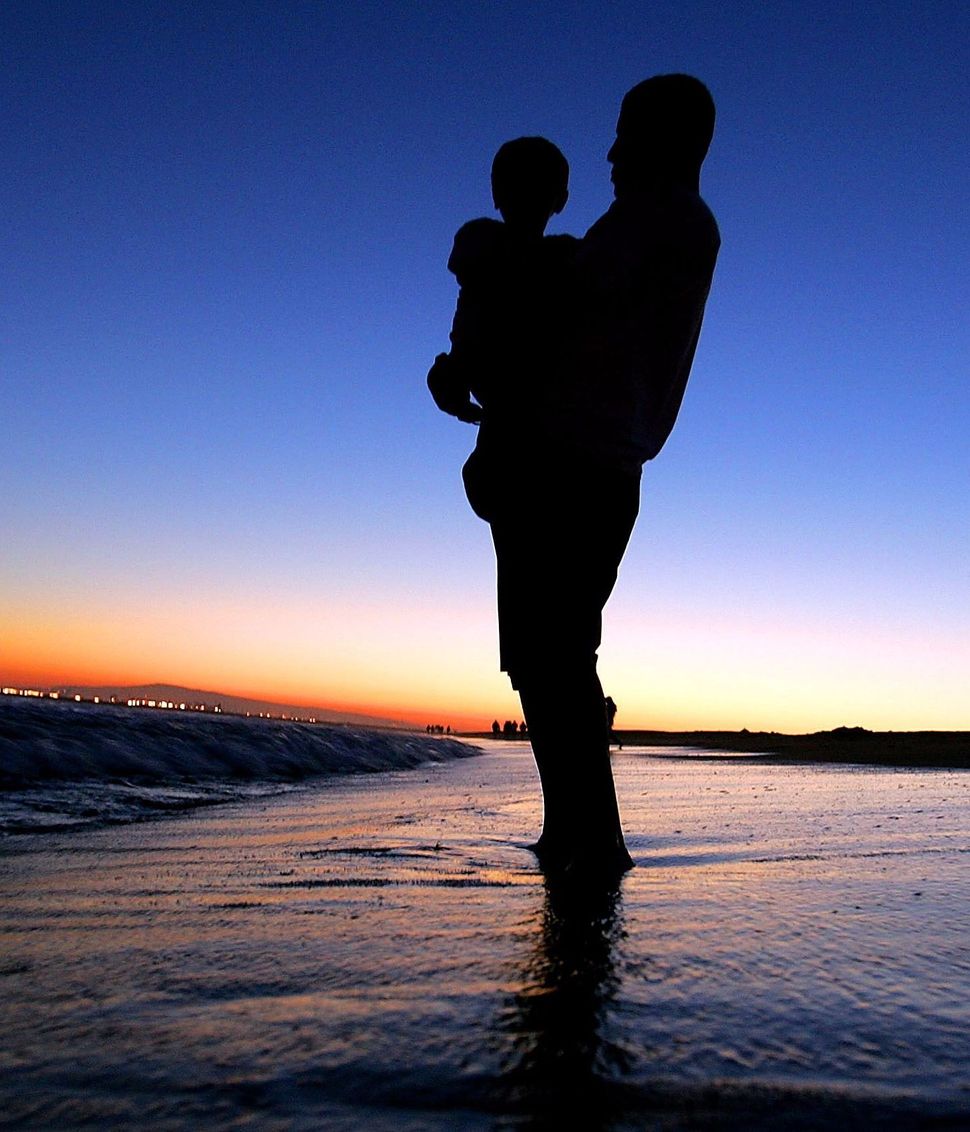 One afternoon late in the summer of 1956, I spoke my first words. “Down water,” I told my parents, and that terse announcement meant that I wanted to toddle along the path from our rented summer cabin in upstate New York to the glistening shoreline of Lake George.

I know of those words and that incident not because I remember them. My own recollections don’t begin till I am three-years-old and sitting on my paternal grandmother’s ample lap in the Jewish anarchist colony where she raised my father and his siblings.

Rather, the story of 10-month-old me at Lake George is embossed into my psyche by a particular article of clothing. It was a sweatshirt my father had worn that summer, with a zipper from the neckline to the sternum, and the resort’s logo stenciled in thick green ink on the left breast.

By the time I received that sweatshirt as a hand-me-down when I was in my teens, my father had worn it so often and my mother had washed it so often that the cotton on the inside had pilled up and the green ink was crusty and cracking.

For that matter, the sweatshirt barely fit me. My father stood a sturdy 5 foot 8 inches, and I, entering my junior year of high school, had barely cracked 5 feet. The sweatshirt that my father’s muscles filled out hung sacklike over my skinny frame and halfway down my thighs.

But I inordinately, disproportionately adored wearing the sweatshirt, as if in tugging it on I was donning some kind of generational continuity, too. That garment seemed to carry my father’s sweat, his scent, his very cells, the manliness for which I yearned.

The sweatshirt never made it to college with me in the fall of 1973. By then, at least, I had outgrown my father by several inches. I did, however, bring another piece of his clothing to my dorm at the University of Wisconsin. This was a short-sleeve button-down shirt in a black-and-white Tattersall pattern.

On the hottest days, I wore that checked shirt for the way it admitted the breeze. And also for the mental snapshot it conjured, of my father clad in it as he piloted the small boat we used for those Lake George vacations and summer weekends on the murky waters of the Raritan Bay. My father seemed the vision of capability at the steering wheel of that little boat, a master of mechanical things beyond my ken.

So I wore the Tattersall shirt even though it barely reached my adult waist. In a favorite photograph of me, taken by a long-ago girlfriend — at an afternoon picnic in a forest preserve near Chicago, several hours after I’d run a personal-best in a half-marathon — I am wearing it. When I traveled to Egypt in 1982, I brought it along. And when the arid desert air and unrelenting sun conspired to blister the skin on my ears, I fashioned the shirt into a kind of protective headdress.

My father was a man indifferent to clothes as a matter of political principle, and there was nothing aesthetically special about the sweatshirt and the Tattersall. His elder brother Ziggy, a Manhattanite and compulsive shopper, was the relative who regularly bestowed on me barely used dress shirts from his Saturday pilgrimages to Saks and Bloomingdale’s.

“Wore it once,” he’d whisper conspiratorially to me. “It’ll fit you like a glove.”

Indeed, Ziggy was a bit taller than my father, and a long-sleeve shirt from him could just about cover my 35-inch sleeves. Ziggy also took it as a mission, I think, to compensate for my father’s willful inability to teach me how to dress for dates.

Even so, none of the Ziggy shirts exert any particular hold on my heart all these decades later, whereas the sweatshirt and the Tattersall fill me with sweet melancholy, especially at this time of year, as Father’s Day approaches. It falls, as always, on the third Sunday of June, near the longest day of the year, that summer solstice when life feels as endless as the sunlight.

My father is by now seven years in his grave, and I remember vividly the last time I wore his sweatshirt. It was an August twilight in the early 1970s, and I was tossing around a football in a vacant lot in my Central Jersey hometown with one of my best friends.

We were in a jocular mood together, savoring the remaining week or two of summer vacation. Then, in the midst of our tosses and our chatter, I realized it was getting dark, even though it was barely past 7 p.m. I heard leaves rustle and felt a surprisingly cool burst of wind, the first presentiment of autumn. It promised golden-hued days of October and the turning of the leaves.

Yet it also augured the end of things, the certainty of death. By that time I was in my mid-teens, and my mother had been diagnosed with the breast cancer that would soon kill her. My father had spent an unexplained several days in the hospital, presumably for a heart attack. Such an attack had recently killed my best friend’s father, who had lived across the street.

So I felt an awareness of mortality that set me apart from most of my peers. And that awareness was mystically conflated with the sweatshirt, which was inexorably aging in its own ways. As for the Tattersall shirt, not long after my Egypt trip its decades-old fabric began to tear, and not even my capacious nostalgia was enough to save it from the Salvation Army bin.

A couple of years ago, though, I was browsing a website, looking for a few lightweight shirts, and there I saw a button-down short-sleeve with the exact same pattern. I bought it in my size, and I have worn it a few times each summer. If I take care of it, it should last a number of years.

Nearing 62, I cherish my health. I’ve survived prostate cancer and have the luxury of fretting about things like a receding hairline and tendinitis. My father lived until 89. And maybe, just perhaps, my son or daughter will, some distant day in the future, ask for that Tattersall shirt.

Samuel G. Freedman is a contributing editor to the Forward. His most recent book is “Breaking the Line: The Season in Black College Football That Transformed the Sport and Changed the Course of Civil Rights” (Simon & Schuster, 2013).