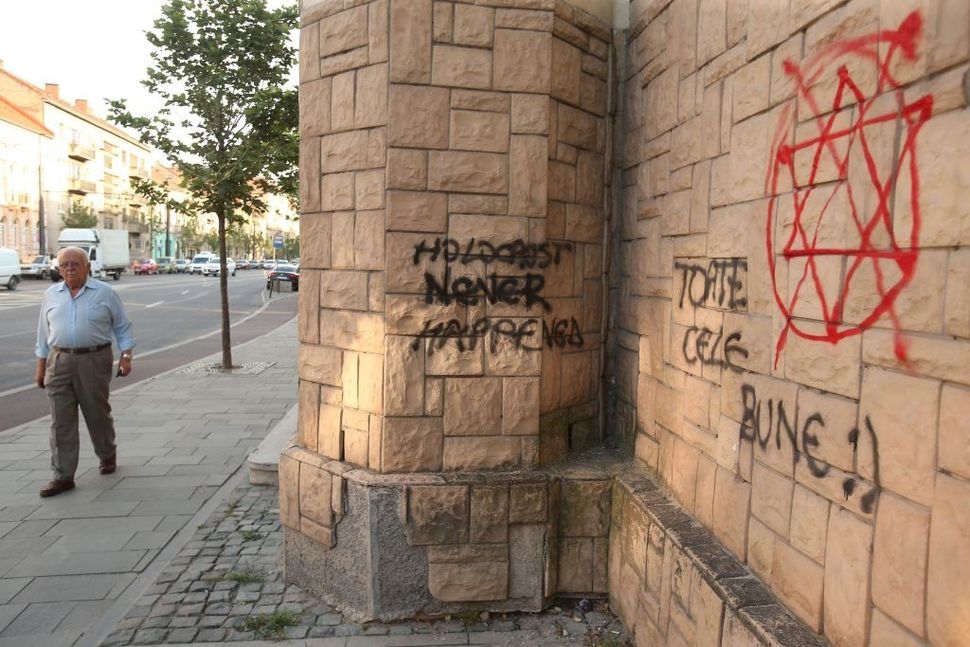 During the British elections, a man was arrested for harassing a Jewish man with anti-Semitic threats. He shouted “f*****g Jews, kill all the Jews, what are you doing here?” as he was leaving a polling station in Hackney, London. The man returned later with a crowbar shouting more slurs.

Police arrested the man on suspicion of a racially or religiously aggravated public order offense and took him into questioning.

A historic synagogue in Romania was vandalized with anti-Semitic rhetoric during the weekend. Scrawled on the synagogue’s walls were “Holocaust never happened” and a Star of David crossed out with an ‘X.’ Built in the late 1800s, the synagogue was later dedicated to the 130,000 Transylvanian Jews deported to Auschwitz in 1944.

A European Union official from Malta is going to trial after allegedly beating a senior employee with a plaque commemorating Benito Mussolini, calling her “a dirty Jew” and saying “Hitler should have finished off the Jews.” The trial is taking place two years after the alleged incident took place.

Former journalist Juan Thompson pleaded guilty on Tuesday to one count of cyber stalking and one count of making hoax bomb threats. Thompson made at least 12 bomb threats to Jewish Community Centers in the name of a woman he had a former relationship with. If convicted, Thompson can receive a maximum of five years in prison for each charge.

The hundreds of other bomb threats made against JCCs earlier this year were found to actually be done by a teenager of dual U.S.-Israeli citizenship.