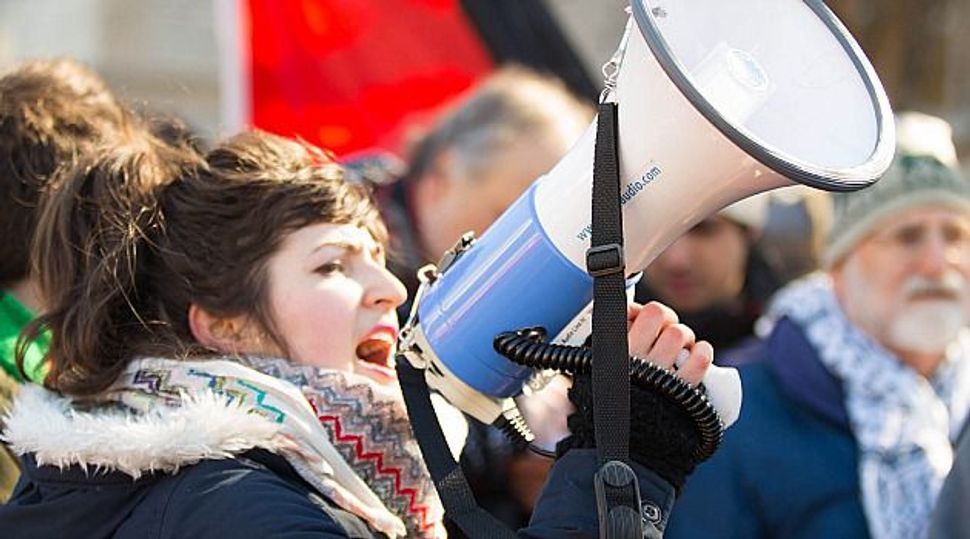 Israeli Education Minister Naftali Bennett is frustrated — as we are — that some professors who teach about the Israeli-Palestinian conflict are designing their courses with the aim of undermining Israel’s basic legitimacy in the minds of their students. Such courses are an issue not just in Israel but also in the United States.

The ultimate goal, we believe, should not simply be countering anti-Israel courses with pro-Israel ones, but rather establishing more courses that help students wrestle with the opposed narratives about the conflict. In doing so, faculty members should promote professional standards of evidence and argument, an effort that needs to be campus-wide in part because anti-Zionist convictions are widespread and deeply rooted in some academic disciplines and departments.

This issue became newly urgent this June after guidelines for how faculty members deal with such controversial political issues were distributed in Israel. The guidelines, which are offered for possible adoption by the Israeli Council for Higher Education, were commissioned by Bennett and drafted by the University of Tel Aviv professor Asa Kasher. Were the guidelines to be adopted, they would become government policy.

We thus have a twofold interest in this problem: a concern with the character of Israeli higher education, and a challenge to address the quality of college and university teaching about the Middle East in the United Statess.

The document addresses faculty political speech in numerous arenas, not just in teaching. It seeks to set standards for political speech in public, most notably suggesting that faculty who support academic or economic boycotts of Israel should be punished for doing so. It also aims to regulate academic conferences largely devoted to criticizing Israel and to discourage or sanction the promotion of academic publications with similar perspectives.

These proposed rules go well beyond listing aspirations for faculty conduct. They create a series of prohibitions against various forms of political speech and ask for enforcement and sanction mechanisms to be established.

These proposed regulations not only run counter to the fundamental Western principle protecting freedom of speech, but also overturn the decades-long practice defining universities in Western democracies: A university faculty is a voluntary and self-regulating body of scholars that itself establishes the principles guiding professional conduct. The regulations aim to substitute government intervention and outside political control for principles that have sustained higher education’s intellectual independence and helped give Israel a college and university system of the highest caliber.

It is true that, as hostility to Israel has increased recently among some progressive faculty here and abroad, universities have been slow to apply the kinds of proper correctives that have been long honored in the academy. Some politicians and members of the public in Israel and the United States want to see anti-Israel courses suppressed, but that approach seriously violates academic freedom. As long as they encourage and show respect for alternative student views, faculty members are free to advocate for particular perspectives in class. They are not required to teach controversial subjects in a neutral manner.

Indeed it is unrealistic for universities to expect that they can persuade faculty to abandon deeply held views. Universities do, however, have a responsibility: to ensure that the curriculum as a whole includes opportunities for students to be exposed to a range of perspectives on contentious issues like the Arab-Israeli conflict. Courses need to be supplemented with appropriate lectures, films and symposia.

Faculty members should use established channels, including curriculum committees and review boards, to encourage their peers to teach complex issues in academically sound ways, drawing on evidence-based research and highlighting diverse voices.

In contrast, Bennett’s proposed policy instead promotes ironic and Orwellian constraints on speech: If you cannot advocate for a boycott, can you advocate against it? If you cannot encourage students in a political science course to be critical of the weaknesses of Israeli democracy, can you encourage them to respect its strengths and achievements? Or is only one political stand acceptable in higher education? Eviscerating political debate would eviscerate Israeli higher education. That would be a huge loss not only to Israelis, but also to Jews throughout the Diaspora.

After the guidelines were made public, Israeli President Reuven Rivlin promptly rejected them, as did all of Israel’s university presidents. The National Union of Israeli Students joined the chorus of protest. U.S. academic organizations — among them the Alliance for Academic Freedom, the American Association of University Professors, and the Academic Engagement Network — rapidly added their objections. Bennett, as a result, suggested they were only a draft subject to revision. They need not to be revised but to be abandoned.

The proper corrective to bad speech remains what it has always been: promoting good speech. Rather than seeking to suppress objectionable speech, those who care about Israel should promote more good speech both here and abroad.

David Greenberg, Rebecca Lesses, Jeffry Mallow, Deborah Dash Moore, Sharon Musher, Cary Nelson (chair), Kenneth Stern and Irene Tucker are members of the Alliance for Academic Freedom, which issues this statement. Nelson is Jubilee Professor of Liberal Arts & Sciences at the University of Illinois at Urbana-Champaign and an affiliated professor at The University of Haifa.