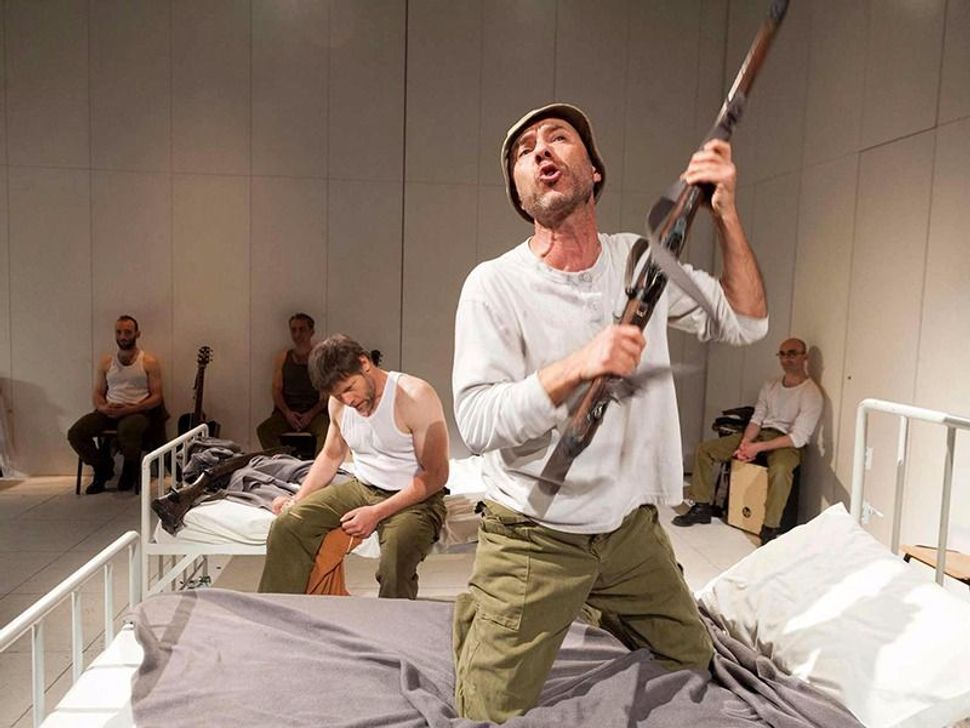 I’m going to see the play “To the End of the Land,” by David Grossman at the Lincoln Center Festival tomorrow night.

Sadly, what began as an evening at the theatre has turned into a political statement.

The production is a dramatization of Grossman’s brilliant but bedeviling novel exploring the connections between three Israelis who meet as teenagers in a hospital during the Six Day War and unite decades later. The narrative revolves around Ora’s fear of learning that her soldier son has died on the Lebanese front — to escape that potential news, she hikes in the Galilee with her friend (and former lover) Avram.

In reality, Grossman’s son did die on the Lebanese front, a tragedy that strengthened the writer’s already deep antipathy of war and solidified his standing as one of Israel’s great literary voices for peace. So it’s especially thoughtless and galling that a long list of artists called on Lincoln Center to cancel the production because it is partially sponsored by an arm of the Israeli government. (Here’s the letter, with, unfortunately, some notable names.)

Not only are artistic and academic boycotts of this sort hypocritical when they are so selectively applied, and offensive in their denigration of freedom of expression, and as my colleague Talya Zax wrote, absurd when you consider how government and corporations have always financed art. In this case, it’s just dumb. Grossman has been writing against the Israeli occupation of Palestinian lands for 30 years. As he told Talya in an exclusive interview earlier this year:

“My responsibility is to write a good book. But I live in Israel, I am part of this situation. I pay my taxes, and not only taxes in the sense of money. There is a fee to be paid for living all your life under fear and threat. I try to describe the situation from as many points of view as possible. Sometimes it is critical toward Israel, because I am very critical of the occupation, I am very critical of the right wing and where it leads us.”

“And yet, what I feel towards Israel, it is multilayered. It’s never simple, the feeling that one feels towards his country. It is very clear that this is my home.”

Lincoln Center isn’t backing down, thank goodness. But I can’t help concluding that if these unthinking critics of Israel have excised the likes of David Grossman, no one is immune from their attacks.

Reforming Labor Unions To Save Them

The Forward historically has deep ties to the labor movement, and today we remain a union shop. So I was especially interested in Jonathan Rauch’s compelling piece in the latest issue of The Atlantic, in which he argues that new kinds of labor organizations could address the grievances underlying populist anger. The essay is accompanied by a stunning graph showing how the decline of unions mirrors the rise in income inequality.

“Unions will not be easy to fix,” he writes, “but allowing them to innovate would be a first step, and possibly also a last chance.”

My colleague Josh Nathan-Kazis has been delving into the finances of the Metropolitan Council on Jewish Poverty, once one of the largest, most powerful charities in New York City — until its leader was sent to jail after, among other things, he was found hiding hundreds of thousands of dollars in cash in a closet. The controversial new CEO, the third in four years, faces a looming budget crisis compounded by the ridiculously high salaries paid to his predecessors.

I am thrilled to welcome two new colleagues to the Forward staff. Batya Ungar-Sargon is our new opinion editor, overseeing our columns online and in the monthly magazine. Avital Chizhik-Goldschmidt is the new lifestyles editor, and she’ll be creating a whole new vertical focusing on Jewish life.

Don’t forget to sign up here. to receive Jane Looking Forward in your inbox every week.