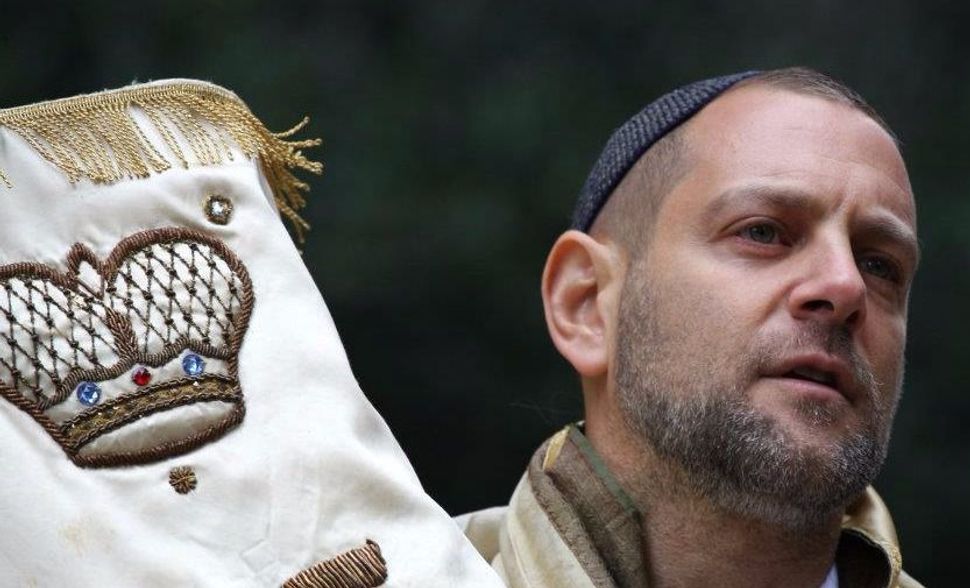 By Rabbis of the Jewish Emergent Network July 28, 2017

Earlier this week, our colleague Rabbi Amichai Lau-Lavie resigned from the Conservative movement’s Rabbinical Assembly over his decision to perform intermarriages, as part of a larger initiative to embrace the non-Jews within his community. He is in good company. For years, many American rabbis – including some in our network – have been officiating interfaith weddings while remaining deeply tied to Torah. Nor is he alone at this moment: Our esteemed colleagues, Rabbis Marcelo Bronstein, Roly Matalon and Felicia Sol of B’nai Jeshurun in New York, made a similar decision. We know these rabbis well and know that they are acting from deep personal conviction and a love for the Jewish people.

We know that Rabbi Amichai’s public stance has stirred up a great deal of controversy, especially within the Conservative movement. It is our hope that in the months ahead, the focus will shift from internal Jewish politics to the ways in which contemporary Jewish spiritual leadership, as it looks both to the past and the future, will respond to the increasingly fluid boundaries between the categories of Jew and non-Jew.

We, the rabbis of the Jewish Emergent Network, represent a diverse array of individual perspectives on how best to embrace the diversity and mixing inherent in 21st century American Jewish life, while letting the Jewish soul thrive. We come from different movements and backgrounds, serving different communities across the country. Some of us officiate at intermarriages, and some do not.

What we share is the conviction that the questions that Rabbi Amichai and others are elevating to the foreground should be met head on, rather than sidestepped or avoided. What will we say to the majority of Jews marrying outside Judaism, and how will we help them keep Jewishness in their lives and families? How will we serve the increasing numbers of non-Jews in our synagogues, and what part will they play in Jewish life? How will we connect the Torah of our ancestors to this unprecedented reality of Jewish life? As a network, we are thinking together about the role of the rabbi and of local Jewish communities in serving our people and meeting the needs of the hour.

It is the beginning of the month of Av, and our thoughts turn to the destruction of the Temple. We have heard so many, on both sides of the argument about interfaith marriages, claim that the other side represents destruction for the Jewish people. But we believe that the Jewish community can do better than narratives of destruction and endless accusations as to who is responsible for it. From experience, we have learned that the new interfaith reality in Jewish life is not just a matter of challenges, but also offers unexpected blessings to our people. We believe that Jews – especially young Jews – deserve a new approach, a fresh alternative to the rigid binaries that have left many without real options.

We bless our colleague and friend, Amichai, and the work of all those seeking to meet this moment with compassion. We pray that this latest chapter in the ongoing debate over interfaith marriage be met not with vitriol and censure but with a desire for creative and courageous conversations.