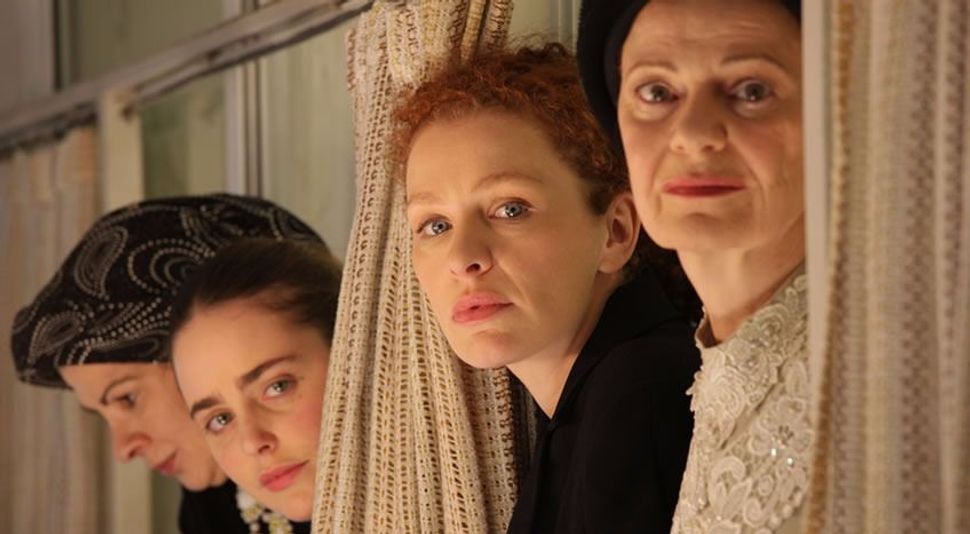 For the young Orthodox woman living in a community without an eruv boundary, motherhood comes with a high cost.

The moment that newborn arrives, it’s goodbye to Sabbath mornings in synagogue, goodbye to afternoon social outings, and goodbye to nice dresses. Instead, say hello to living in a robe in a claustrophobic apartment for a blurry 25 hours during which you can’t even use your smartphone to pass the time. It’s 25 hours of watching the clock, waiting for the hours to go by with no communication to the outside world.

If you have the luck of being an Orthodox woman living in an eruv-less neighborhood, you know that as the sun sets on Friday night, it’s time to get real comfortable, because you won’t be seeing sunlight until Sunday morning.

It may sound like a scene from Room, but the reality is that this is what one New Jersey town is fighting for. Let me explain:

Carrying in the public domain on the Sabbath is forbidden by Torah law . It’s considered a form of labor, and thus a no-no on the day of rest. An eruv, which literally means a mixture, or an integration of many properties, establishes a boundary that’s in the public sphere but creates a sort of quasi-private domain. It’s a rabbinic loophole that allows individuals to carry objects outside of the house on the Sabbath. Usually, it manifests as a string attached to telephone poles.

But what this basically invisible boundary does is liberate women from being housebound. Young children who cannot walk are considered ‘objects’ according to Jewish law, in this regard. They can’t be carried or even pushed in strollers outside of an eruv-conscribed territory.

So that means that in any community without an eruv, a mother of young children is trapped in the house, unless she can afford to shell out cash for childcare, or unless her husband is willing to stay home. (The same goes for anyone taking care of a disabled person — with caretakers often being female.) Fathers, on the other hand, are expected to pray in a quorum — so they get out, at least, to synagogue, to visit a friend, to go to a kiddush someone is hosting. What is meant to be a joyous day of festivity and rest turns into an airless, lonely time-warp for mothers.

This past week, controversy erupted when town officials of Mahwah NJ ruled that the local Jewish community must remove its eruv on the grounds that it “violates zoning laws” that bans signs on utility poles. The eruv, installed by the South Monsey Eruv Fund, consisted of white PVC piping on numerous telephone poles in the township.

On Monday night, 200 locals showed up at a township park to support the order. According to NorthJersey.com, a Facebook group protesting the eruv, called “Mahwah Strong” has about 3,000 members, and an online petition to “Protect the Quality of Our Community in Mahwah” received over 1,200 signatures before it was shut down for its inappropriate comments (with sentiments like: “This group of people are known for entering a community and taking it over for their own advantage. They are known for taking a lovely community and turning it into a run down, dirty, unwanted place to live. Just drive through Monsey New York. The town is disgusting and run down. Every other house is considered religious, so they don`t pay taxes.”)

These ugly comments led some to believe that the anti-eruv sentiment was really disguised anti-Semitism. And yet, the eruv ban was supported by a Reform rabbi, causing others to see it as anti-religious sentiment.

Yet what these takes and the protesters themselves may not realize is that by fighting against an eruv — in this case, utility piping on the sides of a telephone poles — they are essentially trapping Orthodox Jewish women in the house.

And sure, we’re not their responsibility. We freely choose to abide by these laws. But surely people who oppose religious groups do so at least somewhat on the grounds of secular values, like women’s rights and freedom of movement.

They should keep this in mind when opposing a bit of piping on their telephone poles.