No, the Anti-BDS Bill Doesn’t Threaten Free Speech. But What It Does Might Be Worse 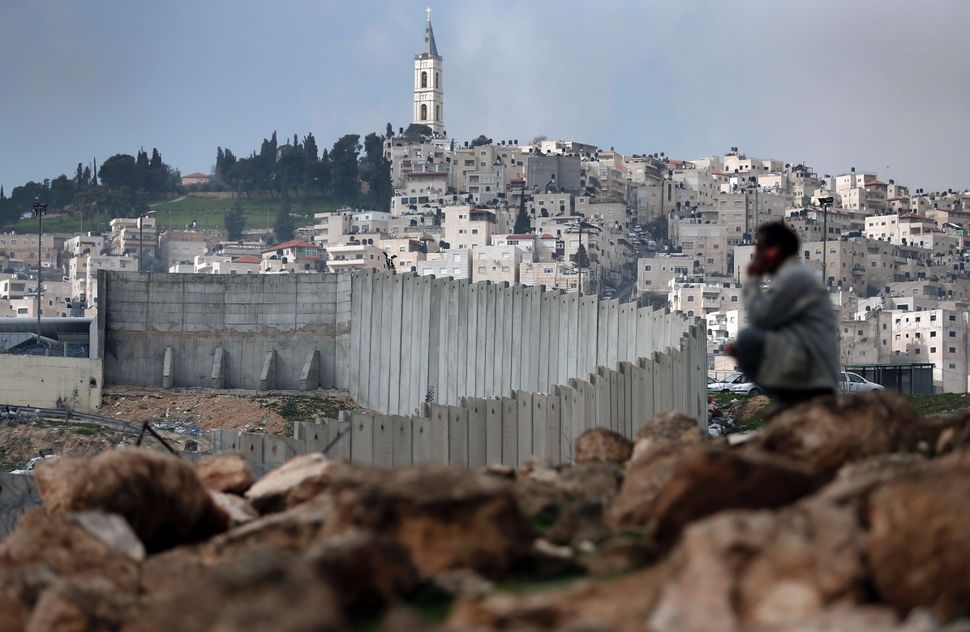 There’s an ugly fight going on in Congress over a bill that’s meant to protect Israel from economic boycotts. The bill makes it a federal crime to call for boycotting the Jewish state. Despite initial bipartisan sponsorship, the bill is running into serious opposition — a rarity for a pro-Israel congressional measure — over charges that it violates freedom of speech. Most recently, Senator Kirsten Gillibrand of New York withdrew her support, a risky move for a politician running for reelection in New York next year.

Civil libertarians point to language in the bill that would threaten the free speech of would-be boycotters. The bill’s advocates counter by saying that it doesn’t outlaw anybody’s personal views, but rather punishes actions by companies that knowingly comply with an Israel boycott, and only a certain type of boycott. They insist there’s nothing for civil libertarians to worry about.

Who’s right? Both sides have a point. A careful reading reveals that the bill is indeed aimed at business activity, not individual speech. But the language is so convoluted that it’s easy to see how anyone might think it outlaws speech — including, perhaps, a federal judge trying a student with a “Boycott Israel” t-shirt. In the end, the senators do seem to be right that liberals shouldn’t be worried about the bill threatening free speech. Rather, they should be worrying about another aspect of the bill that’s potentially even worse, and getting almost no attention at all.

The bill commits the United States for the first time to extending its protection, including active legal protection, to Israeli settlements in the West Bank. And by implication, it puts the United States on record as endorsing Israel’s assertion — rejected by every other country in the world — that Israel has an equal if not superior claim to ownership of the West Bank.

Specifically, after forbidding any actions by American businesses “to boycott, divest or sanction Israel,” the bill specifies that when it says “Israel,” that’s to be defined as “Israel or persons doing business in Israel or territories under its control.”

This isn’t the first time Congress has explicitly extended American protection to Israel’s endeavors in the territories it captured in 1967. The first instance appears to be in the 2015 law on fast-track trade negotiations. That law lists protecting Israel’s activities in “territories under its control” as one of America’s “goals” in negotiating trade deals, alongside protecting transparency, the rule of law and the American textile industry.

The new law refers back to that 2015 definition. In fact, it doesn’t explicitly mention the “territories” when it forbids boycotting Israel. It simply states that its definition of boycotting “Israel” is the one spelled out in the 2015 law. Go look it up if you want to know what you just signed. Perhaps the drafters were hoping senators would find all that research too complicated and simply vote “yes” out of habit.

It’s important to note a substantive difference between the two “territories” measures. The 2015 fast track measure tells government negotiators to remember while deal-making to consider the interests of Israel, “including the territories.” The new bill goes a big step further, requiring that United States prosecutors enforce that territories=Israel equation actively as a matter of criminal law.

Technically speaking, the new law isn’t really a new law at all. It’s an amendment to the 1979 Export Administration Act. That law forbade participation by American businesses in any foreign-sponsored boycott of Israel. The new bill expands that ban to include boycotts of Israeli persons or businesses in “territories under its control.” That is, it criminalizes boycotts of Israeli settlements.

To get the full context, it’s important to understand that the bill was born as a response to a recent United Nations resolution. The genesis is spelled out in the bill’s introductory preamble paragraphs. The intent of the new legislation is to right a wrong committed by the notoriously anti-Israel U.N. Human Rights Council in a resolution adopted in March.

That March U.N. resolution contains some surprises, which should have made the senators think twice. It starts with the usual litany of florid complaints about Israeli settlement building in the “territories occupied since 1967, including East Jerusalem.” Then it takes an unprecedented concrete step: It “calls upon all States” and on “business enterprises” in general to refrain from any actions that contribute to the settlements’ maintenance or expansion. This appears to be the first time any U.N. body has explicitly called for an Israel-related economic boycott. That’s why the new congressional measure amends the 1979 exports act, which banned boycotts sponsored by foreign countries, to include “international governmental organizations” like the U.N.

What should have given pause in the U.N. measure is the specific boycott it urges on member nations. It calls on “all States” to refrain from any actions that might help the maintenance or expansion of Israeli settlements in the territories captured in 1967.

Lest there be any mistake, the U.N. resolution calls on all nations to “distinguish, in their relevant dealings, between the territory of the State of Israel and the territories occupied since 1967.” That could not be clearer: Israeli activities in the territories: illegitimate. Israel inside its pre-1967 border: not illegitimate.

Thus, in stepping up to counter the March U.N. resolution, the current congressional measure adds two things, and only two things, to existing law. First, it expands the category of banned boycotts to include those sponsored by international organizations as well as by foreign countries. Second, it defines Israel for the purposes of American law as meaning Israel “and territories under its control.” These are now to be treated as though they were Israel.

This is a very big deal.

Remember, boycotts of Israel proper were already banned. Besides, the U.N. measure only bans doing business with the settlements. It states explicitly that it’s not talking about Israel itself. Thus, when Congress attacks the U.N. measure as anti-Israel — “reminiscent of the Arab League boycott,” the bill says — it is saying only one thing: that an attack on the settlements is equivalent to an attack on Israel. That’s barely a step away, if at all, from recognizing the settlements as a legitimate part of Israel.

Ironically, Israel’s own laws don’t give the settlements any such recognition. The territories are governed not by Israel’s government and Knesset but by the Israeli army; they are under what’s called “military occupation” in plain English, though Israeli governments hate the word. There’s nothing contrary to international law about that. It’s what happens when a country captures some land in war and hasn’t yet negotiated its return to its owner. Until then, the army that captured the territory is the legal sovereign, holding it in trust until there’s an agreement. Israel’s courts are currently hearing a case brought against the Knesset for its spelling out of the recourse available to West Bank Palestinians if they find settlers squatting on their property. The suit notes that under Israeli law, the Knesset has no authority in the West Bank. The army rules, with final sovereignty belonging to the defense minister. Even the prime minister has no authority.

That’s the reason that when the Knesset passed its 2011 bill outlawing public advocacy of boycotts, it specified that it meant boycotts of Israel “or territories under its control.” They’re two different things in Israeli law. The settlers and their allies on the right have been agitating for years to annex the West Bank, or at least the biggest settlements, and make them legally part of the state of Israel. Governments have consistently refused, aware that it would have disastrous impact on Israel’s international standing — diplomatic, economic and ultimately military.

In a very real sense, the March U.N. resolution should be seen as a victory for Israel. The world body’s most hostile agency called on all member-states to distinguish between the settlements and Israel itself. One is illegitimate. The other is not — at least by implication. Nor has that or any other U.N. agency ever said otherwise. The objections are to the settlements. When you hear Israel or its advocates insisting that the settlements have nothing to do with the continuing conflict, that the hostility is to Israel’s very existence, you’re hearing the Israeli right refusing to address the damage that the settlements do to Israel’s standing and security.

It should be noted that the congressional measure’s main sponsor, Democratic Senator Ben Cardin of Maryland, is quoted by JTA as insisting that the bill does not change American policy toward the proper ownership or sovereignty of the West Bank. The very last paragraph of the bill says so explicitly: “Nothing in this section shall be construed to alter the established policy of the United States or to establish new United States policy concerning final status issues associated with the Arab-Israeli conflict, including border delineation, that can only be resolved through direct negotiations between the parties.”

Nothing, that is, except making it illegal to protest the settlements through the pocketbook.

Boycotting Israel is an attack on the state, nation and people of Israel. Boycotting the settlements is something else: an attack on a specific Israeli government policy, one that divides the Israeli public down the middle. Making it illegal to advocate boycotting the settlements is a way of telling the public: You’re free to express your opposition to the current government policy, but you’re forbidden to do anything about it.

On a personal note, I don’t advocate boycotting settlements, much less Israel itself. I’d be hurting too many people I know and care about. What I do advocate is telling the truth in plain language.

No, the Anti-BDS Bill Doesn’t Threaten Free Speech. But What It Does Might Be Worse