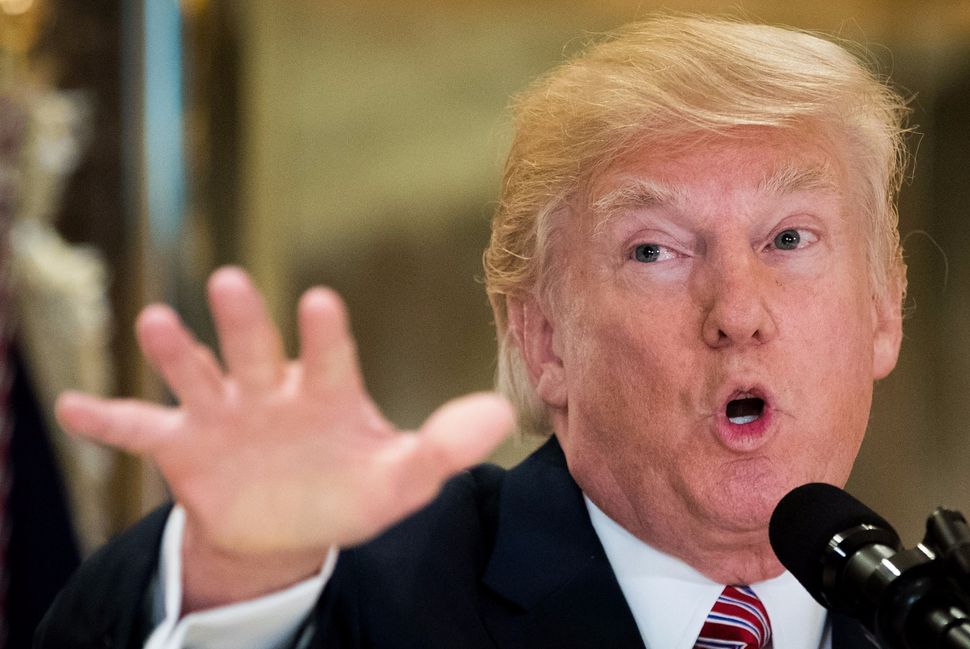 There is a moral vacuum at the head of the republic.

After three days of reflection about the events of Charlottesville, Virginia, Donald Trump reiterated at a press conference Tuesday afternoon that there was “blame on both sides.” This he followed up with the claim that there were “very fine people” on both sides of the Charlottesville protest, meaning also on the white supremacist side.

His angry refusal to acknowledge there is a qualitative difference between those who march with neo-Nazis and those who gather with anti-racists shows a failing that is not only political, but personal, too.

We cannot know what is in a person’s heart. But we can see a person’s actions. Just as marching with Ku Klux Klan members and neo-Nazis in Charlottesville makes you culpable of racism even if your best friend is African American, the racist dog whistles of a campaign, the repeated retweeting of racist memes and the refusal to promptly, consistently and properly condemn American neo-Nazism as an especially vile form of domestic hate makes this president blatantly incapable of moral leadership.

The White House staff has been visibly struggling to maintain a face of decency in the face of almost universal condemnation of Trump’s belated and weak statements about the violence surrounding the Unite the Right march in Charlottesville last weekend.

Trump’s initial refusal to condemn the white supremacists could have been caution, or it could have been reluctance. For a president who tweets racists at the drop of a hat and lies so blatantly and often, there is no merit to his assertion that his belated and half-hearted response was because he was waiting for the facts.

But he followed his belated Monday statement that “Racism is evil” with a storm of indignant tweets on Tuesday morning — including retweeting a notorious member of the “alt-right” and a retweet of an image of a vehicle murdering a CNN reporter.

And today, at Trump Towers in New York, he passionately championed a moral relativism that cannot tell the difference between on the one hand those who come to divide and yell racial slurs, who wave the swastika flag of the enemies of America and who murdered 6 million Jews within his lifetime, and on the other hand counter-protesters bent on racial unity and a diverse tolerant society.

When faced with blatant evil, Trump has shown he is a leader with no moral sense. Ironically, and despite himself, that may be how he may unite the country. Already, representatives from both major parties have condemned his words and actions. And we join in that condemnation. Nazis are Nazis, President Trump, and those who support them are collaborators. Stand against them or stand aside.