My Fellow Orthodox Jews: Admit You Were Wrong About Trump 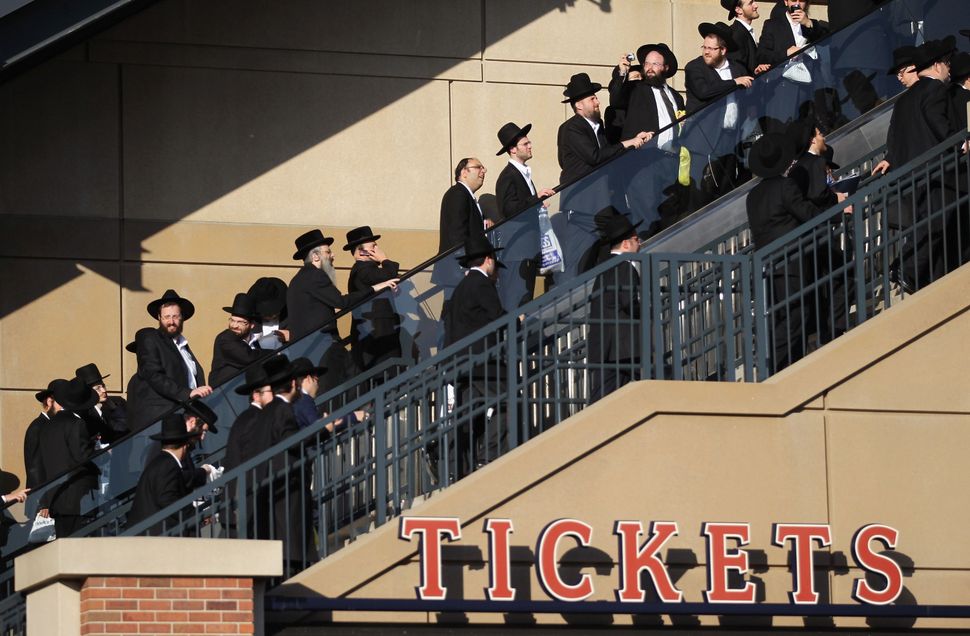 For two years, I have been grappling with how to relate to those of my fellow Orthodox Jews who, for reasons utterly mystifying to me, cannot see Donald Trump for what he is. I first tried logic, I tried appeals to truth, then justice, then facts, then emotion. That last one was particularly painful. It hurt like hell to hear people I love say they support elevating and electing a person of such egregious moral turpitude because of reasons like “but emails,” “but Obama,” “but Hillary is worse.” It didn’t matter which of their opinions were based on facts and which based on lies repeated endlessly until they were impossible to distinguish from reporting. They were intractable.

For my sanity, the only remaining option was to disengage from political discourse with the people close to me. Now I’m left with a lot of time to think about why people are doing this. I’m also committed to witnessing and keeping track of everything as it deteriorates, as if by obsessively witnessing – nearly all-day news consumption and tweeting resignedly into the void – I might make up for all that my fellows are pointedly ignoring.

Yesterday I read Avital Chizhik-Goldschmidt’s piece asking “Why won’t Orthodox Jews condemn Trump’s ties to White Supremacists After Charlottesville?” I believe there are several reasons, and most of them are unpleasant to admit.

Many Jews maintain that he is “good” for Israel, though what that “good” is, I have yet to discern. Some assume that since he seems rich and successful, it stands to reason he must know how to turn around what they consider to be a disaster of a country. (It does not occur to them that most of his success is based on licensing deals and grift, not management skill.) Even at this late date, people are still answering these questions with “but Obama” and “but Hillary.”

But the main reason I think people are still refusing to condemn Trump is really simple: No one relishes admitting they made a serious error in judgement, least of all a group of people who pride themselves on exacting moral and ethical standards.

Supporting Trump required the donning of blinders so opaque that no amount of news coverage could get through. Once an individual decided the Access Hollywood tape was fine, or Judge Curiel, or the Khan family, or mocking the disabled, or any number of convenient times to have opted out, the only way for them to get through this was to hold their noses and keep going. If at some point Trump crossed a line they couldn’t stomach and they wanted out, it would force a reckoning with all the things they tacitly approved along the way, and the prospect of doing so threatens their identity. People who believe themselves to be fundamentally moral cannot abide the possibility that they have brought such a repugnant and incompetent person into power.

I still believe in the goodness of my fellow Jews. I refuse to believe that these righteous people whom I know, many of whom I love, are watching and listening to what President Trump has been doing and saying and still supporting him. That is inconceivable to me.

Maybe two days ago you could maintain the illusion that his initial statement on Saturday was merely him exercising meticulous patience, waiting for full information, which in itself requires a suspension of disbelief.

You can’t claim that anymore. He has shown us who he is.

The Jewish people can not afford the luxury of looking away to preserve our collective psyche. You, Orthodox man and woman, regardless of your vote, have a responsibility to stare in the face of what is happening, even if it makes you uncomfortable or hurts to consider that you had a part in making it real. Those of us who have been bearing witness all along can no longer bear this alone. You owe it to us, to yourselves, and to the American community to watch and listen to what the president says. Watch the rally that occurred on Shabbos. Watch the press conference from yesterday. There are Nazis marching in our streets, beating protesters, and committing murder. The president supports them. If you have ever uttered the phrase “Never Again,” the time has come for your blinders to go.

Elisheva Avital is a writer and editor living with her husband and three children in Fair Lawn, New Jersey. Follow her on Twitter @elishevaavital.

My Fellow Orthodox Jews: Admit You Were Wrong About Trump