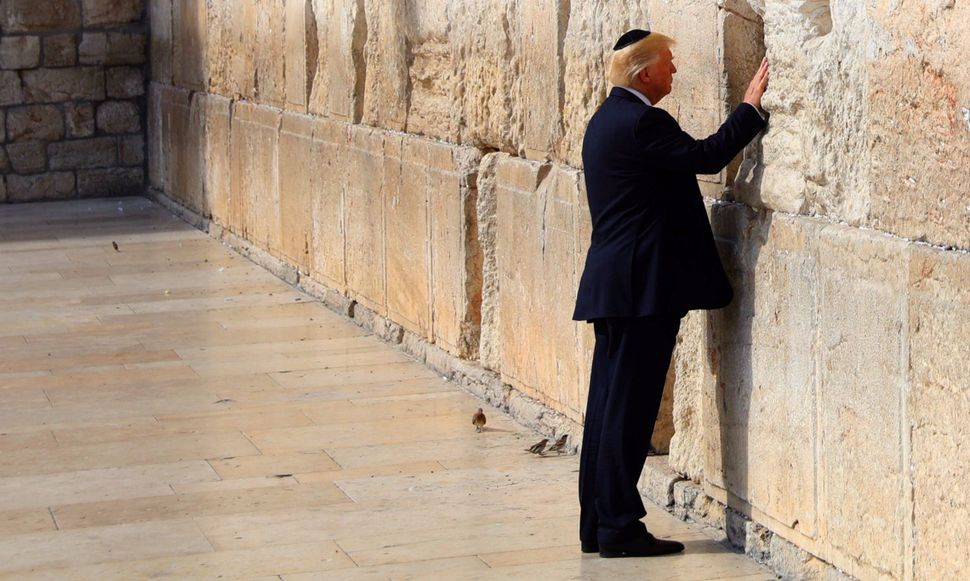 Eighteen of the 22 Jewish members of the House of Representatives signed a letter to the president, released on Thursday, decrying his obtuse and outrageous comments following the Charlottesville violence and urging him “to stand with us on the right side of history.” It was initiated by Rep. Sander Levin of Michigan, who is the senior member of the informal Jewish caucus.

The content of the letter and the American Jewish Committee (parts one and two). In fact, that may be the most interesting aspect of the congressional Jewish rebuke: How unremarkable it is. How simply it speaks the mind of American Jews at this moment. It’s the latest reminder of the way in which the Jewish members of Congress have become an important voice of American Jewry, sometimes in parallel with the traditional advocacy agencies — and sometimes even superseding them, speaking for the community in ways that the organizations too often don’t.

The letter is significant, too, because it gives us an opportunity to look at the list of Jewish lawmakers and see how their map overlaps the map of American Jewry as a whole. Also because it reminds us that next week is Elvis Presley’s yahrzeit. We’ll get to that in a moment.

Here’s how the congressional letter begins:

“We are deeply troubled by your statement blaming ‘both sides’ for the deadly violence in Charlottesville, Virginia. Your statements show a deep misunderstanding of history and a fundamental lack of moral compass.   As the leader of our nation, it is incumbent upon you to stand up to hate, not provide legitimacy to those who violently perpetrate it.”

The letter goes on to detail the most objectionable of Trump’s statements in the last few days and to explain why they are wrong. It concludes:

“Some of us are related to Holocaust survivors. All of us know them, and are privileged to represent them. They know how hateful, incendiary rhetoric leads to violence. Heather Heyer’s death is another powerful and painful reminder.

“In the strongest possible terms, we urge you to consistently and unequivocally fight against racists and anti-Semites.  Anything less is beneath the dignity of your office and the ideals of our great nation.

“We urge you to stand with us on the right side of history.”

The signers include 18 of the 20 Jewish Democrats in the House. Two of the four non-signers are the chamber’s two Jewish Republicans, Lee Zeldin of Long Island and David Kustoff of suburban Memphis. (That’s the most congressional Jewish Republicans in a generation.) Of the other two non-signers, one is Steve Cohen, Kustoff’s Memphis neighbor, who announced Thursday that he’s introducing articles of impeachment against the president, which might make signing a moral appeal to the president seem superfluous. The fourth is Jared Polis of Boulder, Colorado, whose reasons for not signing aren’t immediately clear (Polis did condemn the attacks separately in a Facebook post, and held a town hall in a synagogue in Boulder).

Below is a list of the 18 signers, plus the four non-signers.

The list is instructive in part because if you look closely you can see how the map of Jewish members of Congress reflects the map of Jewish America. Note that 13 of the 22 Jewish members come from America’s four largest Jewish communities — that is, the metro areas with America’s four biggest Jewish populations: four each from Southern California and metropolitan New York (three New York Democratic signers and Republican non-signer Zeldin); three from South Florida and two from the northern suburbs of Chicago. The others include one each from metro areas with significant Jewish populations — Detroit, Las Vegas, northern New Jersey, metro Denver-Boulder and the Maryland suburbs of Washington, D.C. Another handful are from towns where the Jewish community is not a major force either locally or nationally.

And then there’s Memphis, Tennessee, whose Jewish community, pop. est. 8,000, ranks roughly 60th among American cities (Memphis itself is America’s 25th largest city), but which boasts two Jewish members of Congress, equal to Chicago and ahead of the Jewish mega-communities of San Francisco, Boston and Philadelphia (at zero each). Intriguingly, one of the two Memphis reps, Cohen, is ranked the most liberal Jewish House member and the other, Kustoff, is ranked the most conservative.

This is just another of the many mysteries of Jewish Memphis. I can’t detail them here, except to note that Wednesday, August 16, was the 40th anniversary of the death of Memphis’s most famous son, Elvis Presley, and his Hebrew yahrzeit, the 2nd of Ellul, falls next Thursday, August 24. And this is why his yahrzeit is worth mentioning. The short version is that Elvis was verifiably, consciously, halachically Jewish and engaged with the community in various private, almost secret ways. Which should alter your understanding of American popular music just a bit. For the long version, click here. My point is that if any small Jewish community in America deserves to have two Jewish members of Congress, it’s Memphis. What is it about Jewish Memphis? I don’t know, but whatever it is, it sure is.