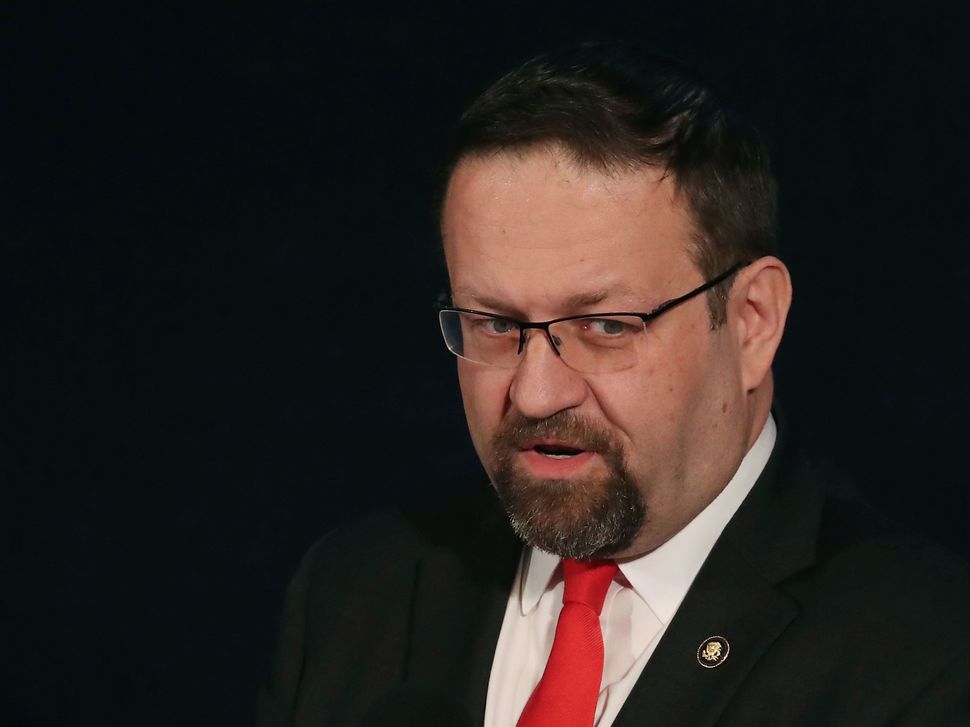 White House counterterrorism advisor Sebastian Gorka has been the subject of severe criticism. With the departure of Steve Bannon from the administration, many are calling for Gorka to be fired next. A recent piece in Rolling Stone, questioned the validity of Gorka’s Ph.D. and labeled him something of a neophyte and an extremist. The Forward tied Gorka to a Hungarian secret society called Vitezi Rend.

These stories make for great political attacks, but are they valid? Does the narrative of Gorka as a “bad hombre” fit the facts? And, perhaps more importantly, setting aside all of the charges against him, are Gorka’s views on terrorism and how our nation should combat it prudent?

First, let’s examine the accusations on anti-Semitism and secret societies. Gorka, on the record, has denied being a member of the Vitzezi Rend. He was also called an anti-Semite, and a video used to incriminate him was conveniently edited to remove his condemnation of the world’s oldest hatred. Still, he’s gone on the record and denied this allegation, too. [See editor’s note below.]

Whether one takes him at his word or not, there isn’t any reliable evidence that Gorka has ever expressed any of the views he’s accused of holding. And if there’s real evidence that he’s a member of a secret society, it hasn’t been produced.

The questions raised about Gorka’s qualifications seem suspect as well. He earned a Ph.D. from Corvinus University. Whatever the quality of that institution, its word was sufficient to land Gorka a position as an adjunct faculty member at Georgetown University and positions with a host of other respected institutions like the Marine Corps University Foundation and the Council for Emerging National Security Affairs (CENSA).

Even if his credentials have been inflated, it’s worth remembering that the previous White House relied on Ben Rhodes for international security counsel, and his background was shockingly thin, focused mostly on creative writing.

Gorka’s worldview, similarly questioned, is perhaps the most important piece of this puzzle. He has written forcefully about the threats Islamists pose to our societies in the West, and he has devoted his career to understanding the nature of these threats while working to harden our defenses against them.

Despite the attacks levied against him, Gorka has worked to raise alarm bells about the despicable ideology that has been gaining popularity throughout the Muslim world.

He’s been right to do so.

In a July piece in The Hill, Gorka said, “The first principle of our administration is plain for all to see… American influence is a global good and this recognition is a first step toward advancing our leadership, which in turn can help set the conditions for the security and prosperity of the United States and its allies.”

Gorka’s influence can be felt at all levels of this Administration. In his inaugural address, President Trump promised to “eradicate the Islamic State.” He didn’t say degrade, manage, or contain. He said eradicate. That’s important. So is the Trump Administration’s willingness to name the threat facing our people – radical Islamism.

This represents a welcome change after eight years of leading from behind and “strategic patience” that got us nowhere. While the Obama Administration recognized that much repair was needed with American allies around the world, it dithered as the Arab world erupted into conflagration. Gorka reminds us that ignoring our enemies as they rise to power is just as dangerous as disengagement from our friends as they fall from it.

I met with Gorka recently at the White House and he mentioned how the struggle against communism, where he noted his father was tortured by the Soviet authorities, was akin to the battle against modern day Islamism. He’s fighting this generation’s ideological struggle, inspired by his father who fought against the Communists.

A dispassionate review of Gorka’s background and his work lead to one conclusion: He is simply a right-wing Hungarian. Hungary has produced its fair share of racists and anti-Semites, but there’s absolutely no reason to believe Gorka is one of them. His credentials, whatever one believes about them, are no less impressive than those of Ben Rhodes, who most of Gorka’s detractors continue to support.

Importantly, in order to win the war against radical Islamism, we must develop a thorough understanding of its ideology. Gorka has a solid grasp of that ideology, and all of us in the United States should be thankful that he is lending his expertise to advance our safety and security. Attacks on Gorka’s character do nothing to make our nation safer. His work on combatting radical Islamists most likely will.

Gregg Roman is director of the Middle East Forum, a research center based in Philadelphia. He is the former director of the Jewish Community Relations Council of Pittsburgh and former official in the Israeli Ministries of Defense and Foreign Affairs.

Editor’s Note: Gregg Roman’s assertion that Gorka denied being a member of the Vitézi Rend is based on an article, to which Roman links, where Gorka is quoted to this effect. His official White House statement, issued shortly after in response to a Forward article on this, contained no such denial. In an interview with the London-based Daily Telegraph several days later, Gorka said, “By the bye laws I inherited the title of Vitez through the merits of my father, but I never swore allegiance formally.”

The Forward also posted the video to which Roman refers in both edited and unedited versions on its website. Readers able to understand Hungarian could thereby compare for themselves and see that the edited version’s key quotes were accurate and in context. In the video, Gorka supported the formation in Hungary of a non-government paramilitary militia led by well known anti-Semites. He at no point issues a “condemnation of the world’s oldest hatred.” The Forward has never alleged that Gorka was anti-Semitic.