As a Soviet Jew, Yom Kippur Makes Me Feel Like An Outsider 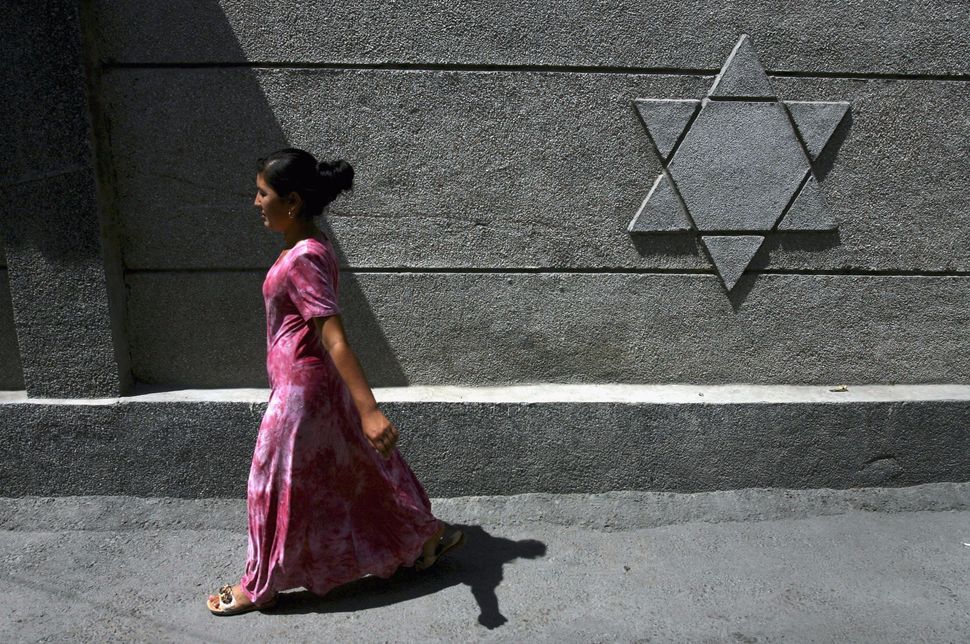 For the years that I kept this tradition, I used to say it allowed me to kill two birds with one stone: I was sort of fasting, but I was also dieting (I don’t know where I read that Watermelon Days are good for your waistline, but I must have read it somewhere). But the truth is, though I wasn’t aware of it at the time, my little tradition killed three birds instead of two. Having a Watermelon Day on Yom Kippur created an existential place for me on this fraught day. It allowed me to stay somewhere in the middle, between fasting and not fasting, without committing myself to either one.

Now, 15 years later and back in the diaspora, I’m still not fasting on Yom Kippur, but I’m also not doing my Watermelon Day. In the tiny medieval British town where I live Yom Kippur is not a special day, so the punk watermelon move of trying to stand out while really attempting to fit in wouldn’t do the trick for me anymore.

But without the comforting watermelon bowl on my lap, I am left naked and exposed to my own search and self doubt and longing. To fast or not to fast? It shouldn’t be such a difficult decision to make. Yet for many Jews who, like me, emigrated from the former Soviet Union, the answer is not straightforward, and is rooted in self-doubt and constant self-search.

Like all Soviet Jews, I didn’t grow up observing or even being aware of Jewish traditions. As a child I remember being told a story about my great-grandfather who was a cantor in Ukraine. According to my mom, he would gather with other Jewish men in their kitchen, close all windows and doors, and chant prayers in whisper. This family legend along with a few Jewish superstitions passed down on the female side of my family were pretty much the extent of my Jewish upbringing until the age of 10. There was no religion in the Soviet Union, and the only holidays that were allowed were strictly secular. Like everybody else, we earnestly celebrated the secular New Year, May Day and International Women’s Day.

Despite that, Soviet Jews were not assimilated. Assimilation was not possible in a system that systematically discriminated against them and encouraged anti-semitism on all levels. My father, because of his Jewishness, couldn’t proceed with a career of his choice, and my mother recalls numerous instances of antisemitism at work both in the Ukraine and Russia. I spent my childhood kicking the ball against a wall with the graffiti Bey Zhidov (“Kill the K*kes”) brightly displayed on it.

The word for Jew itself, yevrey, felt like a label I had no choice but to wear, like my glasses and dark hair. To me as a child and teen it had a vaguely disgusting flavor, and I associated it with being bad at sports, good at piano, and unable to follow the latest pop trends. It also meant that unlike many of my Russian friends, I didn’t have a grandmother in a nearby village who I could visit in the summer.

All this is to say that growing up in Soviet Russia, I had a strong Jewish identity, but it was rooted not in observing Jewish traditions but in feeling different from everybody else for completely mysterious reasons (since we didn’t do anything differently from other people).

We only started observing traditions when the Iron Curtain was raised and gifts from Israel started flowing in. A Jewish community quickly formed in our town and we began to diligently celebrate all the important and less important holidays. Suddenly, being Jewish was not merely different and disgusting but different and exciting/mysterious. Suddenly there were all these secret special holidays we could observe. Suddenly, at a time when everybody wanted to leave the country, Jews were the only ones who had a place to go that would welcome them with open arms and without questions.

When my family moved to Israel, it was easier to be secular but still feel Jewish and feel part of the country-wide celebrations, even if my only active contribution to them was half of a watermelon on my lap.

But for the past 14 years spent back in diaspora – Canada, the U.S., and now the U.K. – I feel an increasing need to assert my Jewishness again in some palpable way. The problem is I find no simple way to do that.

I’m neither a complete outsider to Judaism nor a part of it. I’m somewhere in between. If I don’t fast on Yom Kippur, I feel left out; I’m Jewish and aren’t Jews supposed to fast?. But if I fast I feel completely fake; it’s not something I grew up with, and also makes me feel like an outsider. It is hard to find an authentic place inside me from which to start fasting or observing anything else.

So where does that leave me? Taught to feel very Jewish from childhood but not taught how to express it, I’m caught in an endless loop of self-doubt and search, especially on this day every year.

Tanya Mozias Slavin is a writer who has lived in Russia, Israel, the U.S., Canada, and now lives in the U.K. Find her at www.tanyaslavin.com or follow her on Twitter @tanya_slavin or on Facebook.

As a Soviet Jew, Yom Kippur Makes Me Feel Like An Outsider