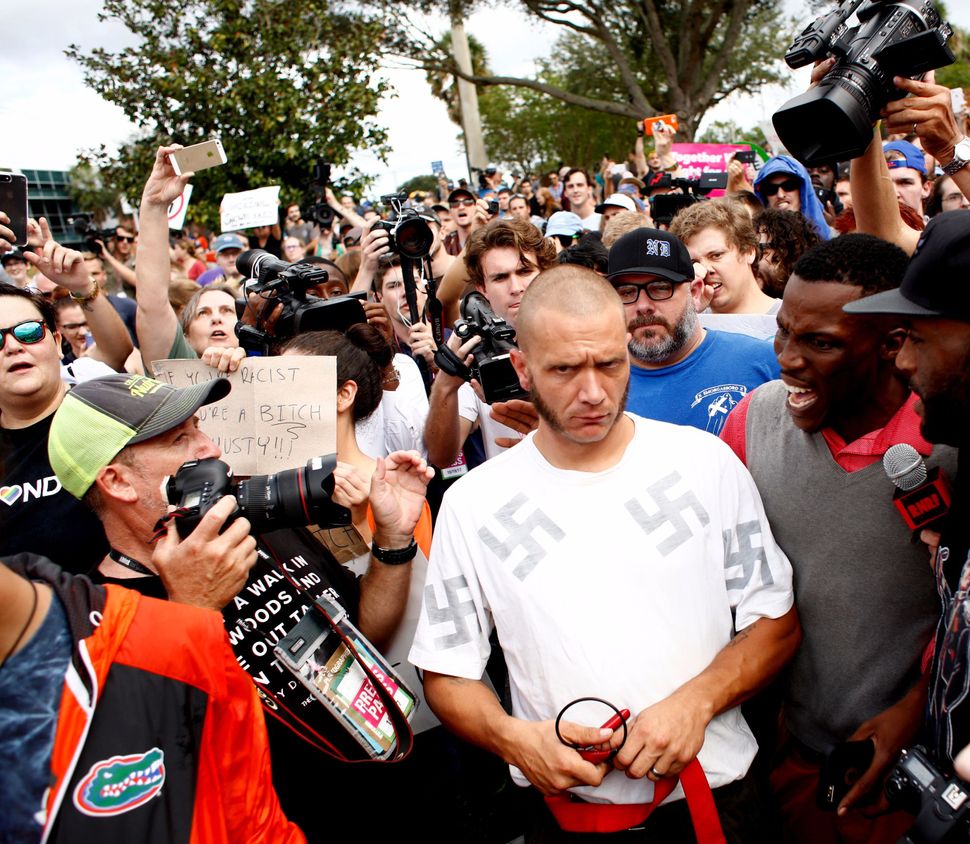 This Tuesday, Congress held a hearing to address rising campus anti-Semitism. The focus of the hearing centered around redefining of anti-Semitism under Title VI of the Civil Rights Act of 1964. The proposed definition would expand “anti-Semitism” to include speech that “demonizes” Israel. But it completely fails to include in its definition the kind of anti-Semitism I experience on my college campus on a regular basis.

This past year, we Columbia and Barnard students have endured a litany of problematic speakers. Most recently, we were visited by Mike Cernovich, who has been decried for spearheading an anti-Semitic propaganda campaign against H.R. McMaster. Last April, Allum Bokhari, a Breitbart writer who has defended the use of the anti-Semitic “Shlomo Shekelburg” caricature and has encouraged the use of Nazi propaganda against Jewish journalists spoke here at the invitation of the Columbia University College Republicans. Other speakers have included Tommy Robinson, founder of the English Defense League, and Charles Murray, who advocated for the IQ differences between races. All of these speakers have in one way or another been affiliated with nativist and anti-Semitic ideology.

And yet, they’ve been welcomed at Columbia University. In some ways it’s not surprising. Columbia also has a deeply anti-Semitic history. The main library on Columbia’s campus is named after Nicholas Murray Butler, who instituted quotas for Jewish students and, like today’s administration, did not hesitate to bring white nationalists to speak. Against the protests of the student body, Butler brought the Ambassador of Nazi Germany to speak on campus in defense of Hitler and the Nazis in 1933.

But in other ways, it is surprising that Columbia has played host to white nationalists, given that today, Columbia is home to a large Jewish population.

Which brings me back to Tuesday’s hearing. You might think that a congressional hearing about anti-Semitism would focus on targeting blatant anti-Semites. Instead, like so much of the attention and conversation around campus anti-Semitism, it focused on pro-Palestinian student groups, scholars, and professors.

The focus on Israel at an anti-Semitism hearing is based on a dangerous conflation perpetuated by my campus administrators as well as elected officials at the local, state and federal levels: the conflation of criticism of Israel with anti-Semitism. This conflation not only erases legitimate criticism of the state of Israel; as we saw on Tuesday, it erases the actual anti-Semitism in the shadow of which we students are living.

This misguided approach serves not only to distract from true anti-Semitism, but also to scapegoat anyone who does not support Israel, including Jewish students who do not identify with the state or who otherwise disagree with its policies.

The silencing is effective. When I joined Jewish Voice for Peace at Columbia, I was motivated by the understanding that as a Jew, I have a duty to speak out against injustice in the world, including the injustice inflicted upon Palestinians at the hands of the Israeli government. As a tax-paying citizen whose dollars go to foreign military aid to Israel and as a Jewish person whom the Israeli government claims to represent, I felt it was important that my voice was heard.

The fierce opposition I was met with by my Jewish peers broke my heart. I have been called a “kapo,” an “anti-Semite,” a “Nazi,” and a “self hating Jew” by peers I’d previously shared a Shabbos table with. I have left Hillel events in tears after being told explicitly that I did not have a place in the Jewish community.

I’ve also experienced threats of doxxing and violence. Fellow students have secretly filmed me and put these videos on Facebook in an attempt to publicly ridicule me for my beliefs. These threats are especially toxic in an environment in which there are blacklists of activists and professors who advocate for human rights for Palestinians, organized by shadowy groups with ties to right wing organizations.

The Anti-Semitism Awareness Act debated yesterday in front of congress would ratify this kind of social shunning into law. It would give congress and school administrators the ability to determine who gets to be in the Jewish community and who is excluded from it. This is pernicious and menacing and should not happen.

Anti-Semitism is real and threatening, but false charges of anti-Semitism serve to vilify Palestinian activists and the cause of human rights, leaving Jewish and Palestinian students vulnerable. At a time when groups like the Zionist Organization of America are inviting white nationalists like Steve Bannon to speak at their events and neo-Nazis like Richard Spencer are showing their admiration for Israel, it is becoming increasingly implausible to align what is pro-Israel with what is pro-Jewish.

The Trump presidency has emboldened anti-Semitic ideology along with racism, sexism, xenophobia, Islamophobia and other hateful forms of rhetoric. The fact that these speakers have gone undeterred by the Columbia administration is a grave indicator of the normalization of anti-Semitic and hate speech.

We who advocate for Palestinian rights are not the enemy. But all Jewish college students deserve far better than this.

Sophie Edelhart is a Junior at Barnard College and a member of Barnard/Columbia Jewish Voice for Peace.