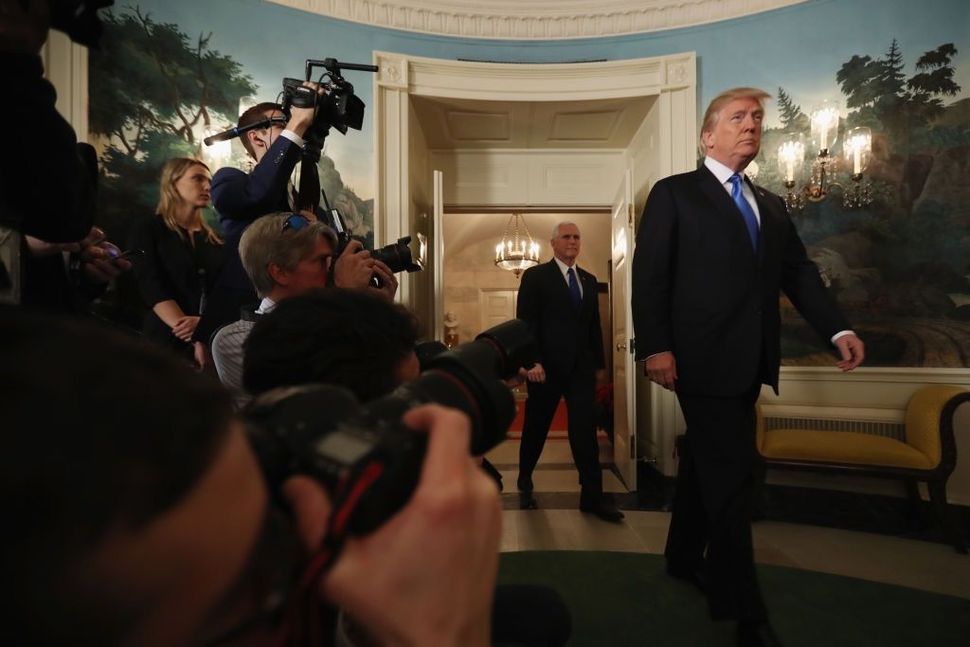 In a conference call hosted by the Israel Policy Forum, Former US Ambassador to Israel Daniel Shapiro expressed uncertainty over what President Trump’s decision to recognize Jerusalem means.

“I will not sign up to the idea this is an unmitigated disaster, but it all depends on the follow up,” said Shapiro.

Shapiro, who served as President Obama’s US Ambassador to Israel from 2011 until January of this year, went on to call Trump’s decision a “missed opportunity.”

“It’s a policy change, a rhetorical change,” said Shapiro, but it missed the opportunity for “a substantive change,” namely, actually moving the embassy to Jerusalem immediately.

Shapiro did not think the decision itself was a mistake, but that the rollout seemed to be lacking in a strategic sense. “It’s absolutely correct for the United States to recognize Jerusalem as its capital,” said Shapiro, but Trump “did not frame the announcement in the context of a broader, strategic goal of ending the conflict and bringing about a two-state solution. By not nesting this announcement in that goal, either by timing it to coincide with a peace plan and by not demonstrating some understanding of what Palestinians’ needs are,” Trump is allowing for those on both sides who oppose a two-state solution a greater standing in their position.

Shapiro saw this announcement as a political move that strategically failed in diplomatic terms. “There wasn’t really sufficient time to do the preparatory consultations,” he said, which would have helped Arab leaders absorb the decision. But the president made the promise to recognize Jerusalem as Israel’s capital during the campaign, said Shapiro. President Trump “felt it would be well-received, and likes to be the president that will do things which others will not.”

Shapiro’s primary concern now is what the Trump Administration will do next. Will there be a concerted effort to frame this in the context of reaching a two-state solution? Or will it stand alone and risk unintended consequences?

Shapiro said that because a negotiated settlement between the current Israeli and Palestinian leadership is simply “not viable,” Trump should not aim for negotiations of a two-state solution at this time, “but rather demonstrate that the two-state solution is still alive and still has viability.”

Keeping the prospect of two state negotiations alive will prove expedient down the road after future changes in political leadership in Israel and among the Palestinians can make a settlement possible. “If that’s not the approach the administration takes, then I think we are running a very different risk,” said Shapiro. “It’s a different disaster, but a slow-moving disaster.”

Shapiro believes Trump’s announcement will elicit varying reactions from American Jews. “Some will feel satisfaction,” he said, especially given that the announcement “bust[s] the myth that there are no historic Jewish ties to Jerusalem.” But on the other hand, many American Jews are extremely concerned about the stalemate in reaching a two-state solution, which this threatens to deepen, said Shapiro.

Will it be the final “nail in the coffin” to a two state solution? Said Shapiro, “It very much depends on what follows — whether this is seen as step towards a policy that clearly creates two states, or if it stands on its own.”

Steven Davison is an editorial fellow at the Forward.