Our Campus Jewish Group Accepts Pro-BDS Students, Even Though They Don’t Return The Favor 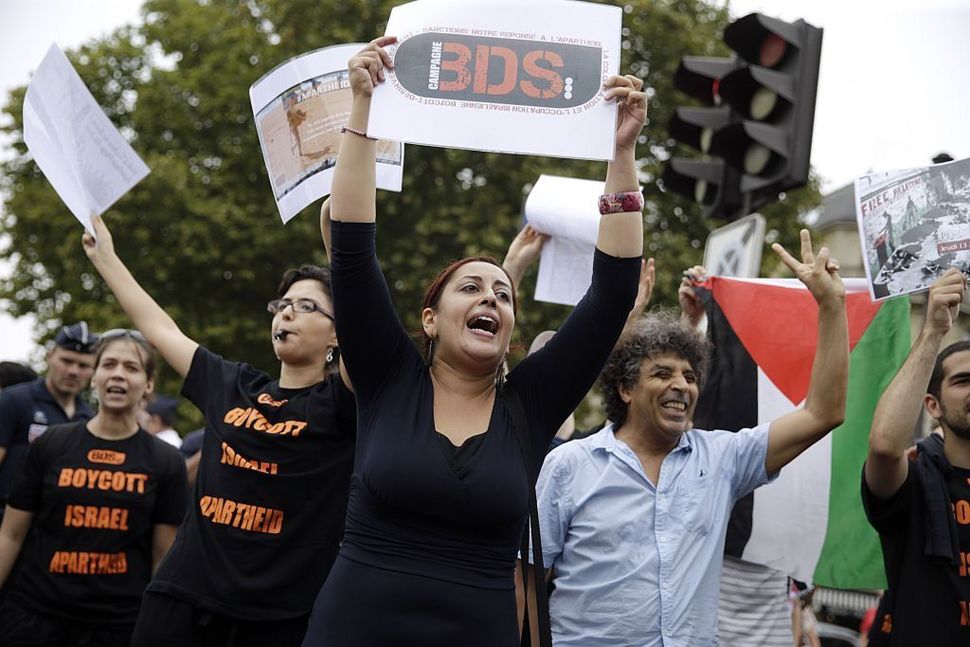 Last week, Joseph Finlay wrote in these pages about new developments in the British Union of Jewish Students, the body that represents Jewish Students in the UK and of which I am the CEO. “[UJS] has always run social and religious programming,” writes Finlay. “But its raison d‘etre has long been defending Israel on campus.”

I welcome Joseph’s comments on UJS’ openness and robust democracy. I agree that this year and in Annie Cohen particularly students who express non-Zionist Jewish identities have contributed to our unified, not uniform, Union of Jewish Students.

That said, the suggestion that UJS’s “raison d‘etre has long been defending Israel on campus,” as Finlay suggests, or that it is the recent involvement of BDS supporting students that has pushed it beyond that, is pure chutzpah.

Throughout our near one hundred years leading, defending and enriching Jewish life, our diverse and dynamic leaders have played a significant role in broader campus and civic life. In the ‘70s, UJS was at the forefront of kicking racists and fascists off campus. In recent years, our efforts to ban the neo-Nazi group National Action preceded the UK Government proscribing them as an extremist terrorist group. In the ‘80s, we were one of the first diaspora Jewish organisations to support mutual recognition between Israelis and Palestinians. This has continued with various campaigns such as Bridges not Boycotts, offering intelligent and informed discussion of Israel and Palestine and taking students from a range of backgrounds to Israel and the Palestinian Territories.

In the early 2000s, two students — one Orthodox-affiliated and the other Reform — came together to launch Bagels, a space for LGBT Jewish students. A few years later saw the establishment of three Liberation networks for marginalized Jewish students, including women, LGBT and Disabled students, and an annual Liberation conference was established. Our campaign Reclaim, now in its third year, empowers students experiencing mental health challenges to take the lead in tackling the stigma around mental health.

For five years, Jewish students have raised awareness of the need for more ethnic minority bone marrow donors, signing up over 200 potential lifesavers in partnership with Anthony Nolan. UJS were part of communal efforts to respond to the Darfur genocide, and in last year’s presidential election it was the Orthodox Zionist candidate who made supporting refugees a key priority. Despite the fact that he did not become UJS President, his efforts are part of increased work on this issue, including clothes collections, rallies, teaching English to asylum seeker children and at our 2017 annual conference committing UJS to join the campaign to re-open the Dubs amendment.

To insinuate that only BDS supporting students can deliver broader and more progressive campaigns and conversations is misguided, misleading, and incorrect. The inspiring and impactful work highlighted above has been passionately led by Orthodox, Masorti, Reform, Liberal, secular, and Zionist students found across the political spectrum.

Rather than expressing genuine interest in the varied concerns of Jewish students, Finlay and some of those he champions are engaging in BDS virtue signaling. It’s especially hypocritical to commend their opening up of Jewish student life, given the contrast with how Zionist members of UJS are open to views from a movement that is anything but open to dissent. Campaigners within the BDS movement have sought to stop Israeli speakers at UK campuses, even those who are the most sympathetic to the Palestinian cause. There have been attempts to deregister Jewish students unless they commit to a narrow expression of Palestinian solidarity. Following the Chicago Dyke March, it was the members of Jewdas themselves who highlighted the folly of banning expressions of Jewish identity that have endured for thousands of years before there was a State of Israel.

In two consecutive UJS presidential elections, over 90% of an average 1000 voters chose proudly Zionist candidates. The 2011 JPR National Jewish Student Survey found that 72% that being Jewish is about supporting Israel, so it is unsurprising that almost all of our members proudly and passionately express multifaceted relationships with Israel. And still, they find room in their community for non-Zionists like the two Cohens Finlay describes.

After recent activity that has mainly featured satire and stunts, it was constructive to see the students Finlay commends bringing forward a motion to UJS Conference that called on UJS to better include non-Zionist and anti-Zionist students. UJS will work hard to do so in our educational activity and support for Jewish societies on campus.

Broadening the range of voices in our union is no barrier to passionately campaigning on positions held by the overwhelming majority of Jewish students. We will broaden our horizons with far greater openness to ideas that we disagree with than the BDS movement does.

David Davidi-Brown is the CEO of the Union of Jewish Students and currently on the Schusterman Fellowship. David helped set up Keshet UK’s school and youth programme and is a trustee of the Jewish Youth Fund.

Our Campus Jewish Group Accepts Pro-BDS Students, Even Though They Don’t Return The Favor