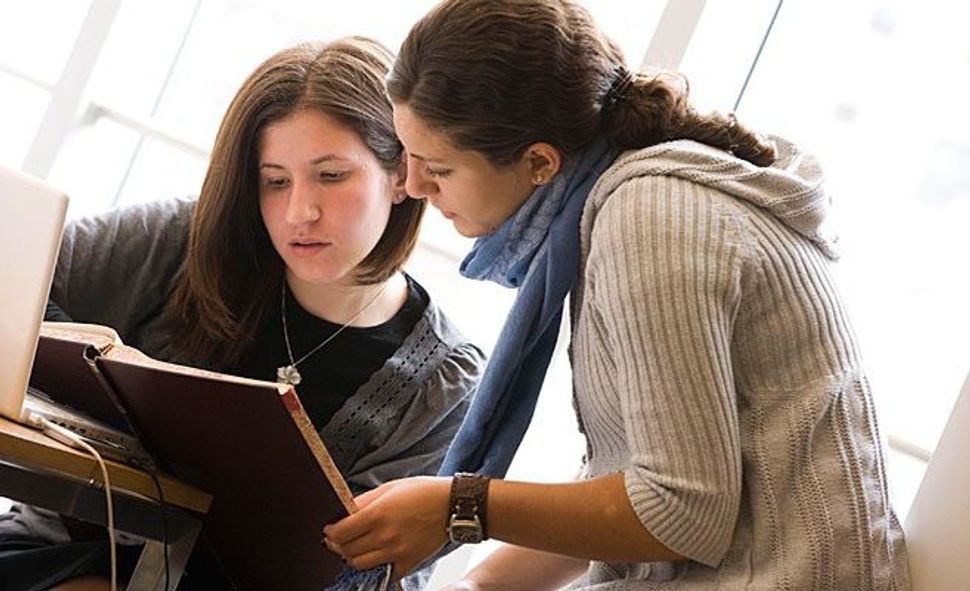 There is a famous scene in the movie “Casablanca” in which Renault asks Rick why he came to Casablanca. “I came for the waters,” Rick says. When Renault reminds Rick that Casablanca is in the desert, Rick answers wryly, “I was misinformed.”

I thought of this exchange when I read about recent events at YU’s Stern College for Women (Full disclosure: I work for YU). A college for Orthodox women that boasts of “empowering each student to claim her own voice and forge her own path,” Stern might be expected to be a place that would nurture young Orthodox feminists. But if that’s what you thought, you were — like Rick — misinformed.

Recently, Stern’s Feminist Club was the target of abuse by one of its own rabbis. An open forum held in the cafeteria by the Feminist Club ended up on the receiving end of an enraged rabbi, the mashgiach, or supervisor of kashrut, at the dining facility.

As reported by Sarah Casteel in The Yeshiva University Observer, the members of the Feminist Club were hosting a table to encourage questions and dialogue. Over the course of an hour, and in front of many witnesses, the rabbi launched a diatribe against them that included the assertion that women should not learn Torah because it would diminish their husbands. He also disparaged gay people as “disgusting,” and asserted his convictions about white supremacy, using “offensive and derogatory terms,” Casteel writes. Finally, he called one woman a “whore.”

The students involved reported what they had experienced to the dean of atudents, Chaim Nissel. After an investigation of the incident, the university — correctly — fired the mashgiach.

But this episode is not an aberration. Rather, it is culminating evidence of the suspicion of feminism and the denial of women’s demands for equality, which are pervasive at YU.

For starters, this wasn’t even the first time this had happened. Several students admitted that the rabbi had previously behaved toward them in an inappropriate and “unprofessional” way.

The cafeteria rabbi’s racist rage and belief in the intellectual superiority of men is also no aberration, but the norm. As recently as 2013, the Forward reported that the revered Yeshiva University rosh yeshiva Rabbi Herschel Schachter stated that suspected child abusers should not be reported to civil authorities, less they be committed to prison with “a shvartze… a black Muslim.”

When pressed by the Anti-Defamation League, the university distanced itself from the comment, but no action was taken against Schachter. Last year, he responded to a lecture at YU by Rabbi Aryeh Klapper, a respected scholar with relatively progressive views within Orthodoxy, by tearing down posters advertising the event.

If the abuse-yelling mashgiach was something of a marginal figure, Schachter certainly is not. This past March, he was honored for his service to the University.

Furthermore, think of how ironic it is that at a college for women, the logical conclusion of a rabbi’s fury would be the use of the word “whore.” In the face of such a word, it’s no longer possible to maintain any notion that this man is a horrible but harmless aberration. The rabbi’s disgust quickly turned to verbal violence, yet he was working in an environment where his fundamental ideas might find acceptance.

Even the officers of the Feminist Club themselves seemed to be participating in an apologia of sorts, at least originally. “At first, some of the women felt guilty because they had cost another person his job,” Casteel writes in her article. “However, they knew they had no other choice.”

I reached out to the officers of the club for comment, and one of them initially expressed interest in speaking with me, though she didn’t respond to my phone calls. Eventually, the Feminist Club sent me the following statement summarizing their position:

Despite this ugly saga, I know that the Feminist Club at Stern College has a future. Although its members struggle with ambivalence about the personal cost to a man who felt safe expressing racism and misogyny in a public space, as evidenced by their regret that he had lost his job, they did take a decisive action. Their club’s viability is ensured not because Yeshiva University is necessarily committed to feminist values, but because of the courage and audacity of the club’s members.

Although I cannot share their conciliatory attitude or their faith in moderation as the key to acceptance, I deeply respect their courage. The movement for women’s freedom from assault and oppression is gaining momentum, even in erstwhile feminist deserts, including Yeshiva University.