The CDC Banned The Words ‘Fetus’ And ‘Transgender’? How Un-Jewish Of Them 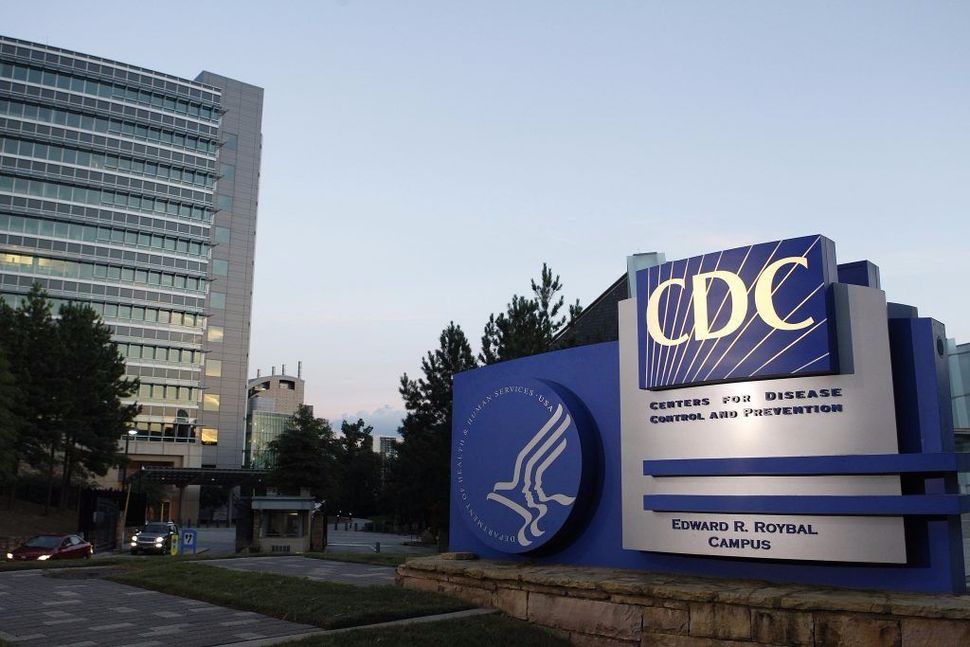 The CDC headquarters in Atlanta. Image by PBS

The Washington Post report that the Trump administration is prohibiting the Center for Disease Control and Prevention from using certain words as it prepares budget documents ricocheted in my mind this weekend.

Jewish tradition has always paid extraordinary attention to the use and meaning of words and names. It strikes me as very un-Jewish to create Orwellian euphemisms to please elected officials or serve a political agenda. Could banning words like “fetus” and “science-based” at the nation’s top public health agency ever be countenanced?

Lucky for me — and Forward readers — we have a language columnist to consult. So I emailed Aviya Kushner, who was kind enough to share some thoughts before she boarded a plane to Tel Aviv.

“Jewish text is usually very candid, and that is a big part of its charm and its power,” Aviya wrote.

For example, she explained, “There is nothing shy about many Biblical names, which form a sub-plot of the Torah. Consider the name Yaakov, or Jacob; the name comes from akev, or heel. It’s an honest account of a birth where the younger son held on to the heel of his older brother. Jacob is the follower, but later, of course, must resort to deceit to receive his brother’s leading position.”

“But to be fair, other key words in Jewish text, such as nefesh — literally meaning a soul, and more explicitly meaning a person — are perhaps not immediately clear and require more than a dictionary look-up. It should be noted that nefesh is related to the Akkadian napishtum — throat or life. It reflects the ancient understanding that breath and life come from the throat.

“The word nefesh matters because it is key to the Jewish understanding of when life begins. Writing on the word nefesh, Dr. Fred Rosner notes that ‘an unborn fetus in Jewish law is not considered a person (Heb. nefesh, lit. “soul”) until it has been born.’ Dr. Rosner brings examples from the Torah, the Talmud, and rabbinic writings to show how the fetus is considered part of the mother, and not a separate ‘person’”.

(A new, extremely conservative segment among Orthodox Jews has started to use the term “unborn child,” as my colleague Batya Ungar-Sargon explained in this fascinating piece for the Forward. But that’s a whole other story.)

Even more importantly, Jewish tradition has embraced science as it evolved through the centuries; the great scholar and scientist Maimonides believed in applying the best science available in his time, even though his time was nine centuries ago.

Facing an enormous backlash, CDC director Brenda Fitzgerald tweeted yesterday that “there are no banned words at CDC.” Given the Trump administration’s continual denigration of science, its findings and implications, there’s reason to be skeptical of Fitzgerald’s declaration.

Skepticism is, of course, in the very best Jewish tradition.

Campus anti-Semitism? Think again. The Steinhardt Social Research Institution at Brandeis University published a study last week that ought to be dissected and discussed by all who claim that American college campuses are a dangerous hotbed of anti-Semitism.

And while a majority said that they had heard “hostile remarks toward Israel,” mostly from other students, 80% of the Jewish students said they were never blamed for Israel’s actions. Support for the boycott, divestment and sanction movement was rare. Israel and Jews, meantime, were far down on the list of pressing issues for these students.

There certainly are limitations to this study, and the Forward intends to do more reporting on the findings. But I hope this evidence serves as a needed corrective to the hysterical notion that Jewish students are unwelcome on all American campuses. The students themselves say otherwise.

What would Jane (Austen) say? Last July, on the occasion of the 200th anniversary of the death of Jane Austen, I wondered what the brilliant chronicler of English family life might say about the decline in marriage and fertility we are witnessing today among non-Orthodox American Jews, a reflection of an overall decline in marriage and fertility in the nation as a whole.

Now it appears that trend is more dramatic than we thought. Writing in the State of Migration, economist Lyman Stone warns that fertility in the U.S. has dropped sharply in the last six months, well below replacement level, despite the improving economy. The decline is broad-based, occurring in every state — even among Mormons.

“The Post.” Having come of age during Watergate, I am mildly obsessed with the late, great Katharine Graham, who inherited the title of publisher of The Washington Post upon her husband’s suicide and went on to become an icon to women journalists like myself. I have taught her Pulitzer Prize-winning autobiography, Personal History, to college students in the hopes that they, too, would be inspired.

If, like me, you are waiting to see Meryl Streep play Graham in the new Steven Spielberg movie, I recommend watching this delightful panel discussion with her, co-star Tom Hanks and others.

As the Post’s Margaret Sullivan wrote yesterday, Streep’s performance teaches us about the power of being a female boss — a lesson as relevant today as ever.

Looking forward. Given the fact that the next two Mondays are federal holidays, when our offices are closed, the next Jane Looking Forward will arrive in your in-box on Monday, Jan. 8, 2018.

With two candles left, I hope the remaining days of Hanukkah bring you light and joy.

And here’s a New Year’s resolution for you: Subscribe to this newsletter and to the Forward! Do something good for yourself and the Jewish people. Thank you!

The CDC Banned The Words ‘Fetus’ And ‘Transgender’? How Un-Jewish Of Them