9 Ways The International Community Is Being Hypocritical Over Jerusalem 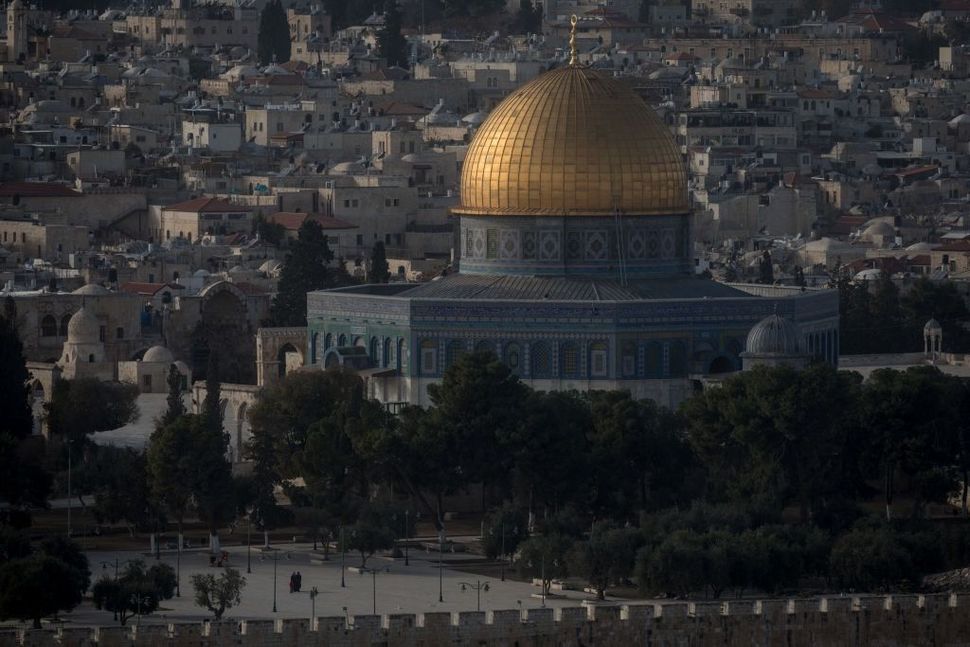 President Trump’s recognition of Jerusalem as Israel’s capital has provoked virtually universal international opposition. Jerusalem, diplomats agreed, is a final-status issue that should not be so recklessly pre-empted with unilateral declarations. But here are nine ways in which the international community is being hypocritical over Jerusalem:

1. Jerusalem is already recognized in practice as Israel’s capital. When foreign leaders arrive in Israel, they visit Jerusalem as the seat of the Israeli government: they meet the prime minister in his office in Jerusalem, and they address the Knesset in Jerusalem. Even the European Union, which won’t allow Israeli products from the West Bank or East Jerusalem to be labelled “Made in Israel”, conducts trade with West Jerusalem on the same terms as the rest of Israel. Why? Because in practice, it already treats West Jerusalem as part of Israel.

5. Nobody believes the original reason for denying Jerusalem to Israel. The practice is an anachronism dating back to 1947, when the UN wanted Jerusalem to be an international city so recognized neither Israeli nor Jordanian sovereignty over any part of it. By 1967, the idea was dropped. Nowadays, no country wants to internationalize Jerusalem. Despite lip service to Jerusalem’s “special status” under Resolution 181, no country argues this applies Jerusalem within the borders of the corpus separatum: like East Jerusalem, other areas included in the original map, such as Bethlehem, are considered part of the West Bank. There is no plausible reason to invoke the corpus separatum to deny Israeli claims over the west of the city when it has no relevance to the east.

7. Nine states already have diplomatic missions to the Palestinians in Jerusalem. Officially called “consulates-general,” these offices handle diplomatic relations with the Palestinian government. Four of them are in West Jerusalem, including the US Consulate-General. Four of these missions belong to UN Security Council members (UK, France, Sweden and Italy) that voted for the draft resolution condemning Trump’s plan to move his embassy to Jerusalem. Two diplomatic missions in Jerusalem belong to states that recognize an independent State of Palestine (Turkey and Sweden). The website of the Swedish foreign ministry even lists its Jerusalem Consulate-General under its embassies.

8. Lebanon announced plans for an embassy in Jerusalem, and nobody cared. Lebanon’s foreign minister says he called Palestinian Authority President Mahmoud Abbas to discuss exchanging property for an “Embassy to Palestine” in East Jerusalem. No diplomats suggested this endangered peace or violated international law. The legal muddle-headedness of wanting to open an embassy to a state that isn’t a state, in an area outside that non-state’s control, didn’t bother Western diplomats either. It’s true that unlike the US plan, this one has zero chance of moving forward. But still, consistency.

9. Muslim states declared East Jerusalem the capital of Palestine, and nobody cared. At a special meeting of the Organisation of Islamic Cooperation in Turkey, the 57-nation-strong body declared East Jerusalem to be the capital of an independent Palestinian state. Nobody called an urgent meeting of the Security Council to protest this attempt to alter the status of a city whose status is to be determined in negotiations. No news outlet provided wall-to-wall coverage of this “controversial” announcement or said it risked inflaming the region.

This inconsistent policy makes no logical or legal sense, but it does have a political rationale. If we want an honest conversation about Jerusalem, we need to accept that this international consensus is built on dishonest foundations. It’s a circle that cannot be squared, but pretending it’s a square serves certain foreign policy interests. Sometimes a sacred cow is really just a horse in costume and is overdue slaughter.

9 Ways The International Community Is Being Hypocritical Over Jerusalem