Rubashkin Was Put On Trial – But So Were We 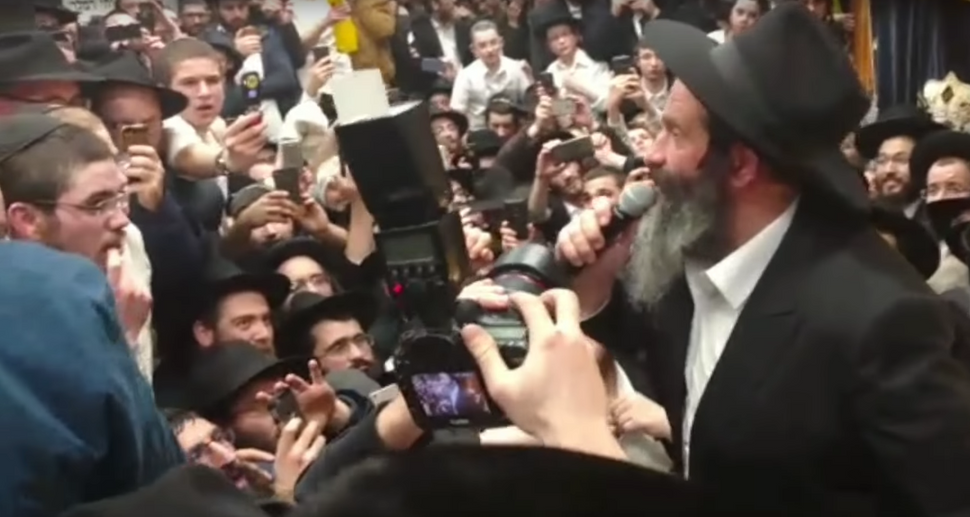 Last Wednesday President Trump unexpectedly commuted the sentence of Sholom Mordechai Rubashkin. Rubashkin had been the executive of Agriprocessors, which was, at one point, the largest Kosher meatpacking plant in the United States.

At the time of his commuted sentence, Rubashkin was eight years into a 27-year sentence for financial crimes he committed as he tried to keep his business afloat in the aftermath of a massive Immigration and Customs Enforcement raid on his plant in 2008.

45 members of Congress and 107 legal experts (including six former attorneys general) signed letters voicing concerns about prosecutorial misconduct in the way the case was handled, as well as the disproportionality of Mr. Rubashkin’s sentence. A “We the People” petition attempted to raise these concerns with President Obama; it doubled the threshold of signatures needed to qualify for a response from the White House — which promptly shrugged it off, citing separation of powers.

And then, suddenly, he was free.

Throughout the Haredi community, the news spread like wildfire — and with the reports, incredible, pure and unadulterated joy. Videos of the spontaneous celebrating circulated like wildfire, and almost immediately, the celebrations were misunderstood and condemned.

According to these critics, there is no place in society — and certainly not in Judaism — for the celebration of a man so odious as they posit Mr. Rubashkin to be.

But what we celebrate when we celebrate Rubashkin is not only the freedom of one of our own. These celebrations provide a window into haredi society as a whole. Let me explain.

First off, Rubashkin’s commutation was and is an incredible story. It is the story of a man who made a mistake and suffered disproportionately because of it. For eight years he and his family left no stone unturned trying to gain his release — and despite their best efforts, they kept on coming away empty handed. Until last week, when, in the blink of an eye, he was freed.

Who can’t identify with that kind of story?

I was trying to find context for myself, so I could better understand the throngs of Jews who filled the streets to share in the joy together — the crowds I was a part of. The best reference was the time a family friend had received her Get — her religious divorce — after five years as an Agunah (a chained woman). Those years, like these, were punctuated by the many times members of our community had all but given up hope, but never stopped trying to free her.

There too, it came suddenly, and people flocked to her home, for nothing more than to be with her in her moment of happiness — an irrational need to celebrate the end of struggles we had all shared over the years preceding that moment of redemption.

The only difference between then and now was the scale. On that day, the celebrants could be contained by her house. On this day, they could not.

But those who weren’t a part of the struggle can’t understand the joy.

There is an added level of identification Haredim have with their fellow Jews that others, frankly, do not. For eight years, the plight of Sholom Mordechai Rubashkin never left the community’s consciousness. It was personal — and it affected every individual in their own way.

We live in a time where people are more and more disengaged from the idea of community, and all that a community comes with. Conservative thinker Sir Roger Scruton explains the appeal of socialism as the “longing to be caught up in a mass movement of solidarity, with the promise of emancipation at the end.” A large part of the appeal of Trump, I believe, is tied up in this longing as well.

The longing is there because society is missing that sense of belonging to something bigger than ourselves.

But one corner of the world has not given up this kind of belonging. Haredim, for the most part, excel at this “solidarity,” and in doing so, reap its inherent benefits. We haredim are communal beings in the sense that we still put the community first and we still care for our own, no matter what it costs us personally.

Ironically, the “otherization” of Haredim that is commonplace only fortifies this solidarity.

Haredim don’t limit this sense of community – nay, family – to only those who are religious like them. Agudath Israel of America’s Executive VP, Rabbi David Zwiebel, actively advocated to President Obama for Alan Gross – a USAID worker who was unjustly imprisoned by Cuban authorities for five years, as did Malcolm Hoenlein. Haredi publications like Mishpacha and Hamodia engaged their readers on that front as well — and they wrote multiple stories decrying a system that had been letting a fellow Jew down.

Do Haredim feel an even closer kinship to fellow Haredim? Sure. But that is only natural, as all people feel closer to those they better identify with. In that vein, it is also true that Satmar Hasidim identify more intimately to each other than they do, say with Chabad. But a Satmar Bikur Cholim won’t deny a Lubavitcher – or, for that matter, a secular Jew — a meal in a hospital.

The Rubashkin saga, however, seems to have united the Haredi community in an unprecedented way. And there’s a good reason for that as well.

Rubashkin had been a target for some time before the 2008 raid – his slaughterhouse was under fire from both People for Ethical Treatment of Animals (PETA) and United Food and Commercial Workers (UFCW). UFCW’s campaign focused on the alleged abuses of workers, while PETA maintained the plant was abusive to the animals it slaughtered.

PETA released deceptively and selectively edited videotapes which were culled from weeks of footage which were intended not only to discredit Agriprocessors but the practice of Shechita in general. The Orthodox Union, who provided the Kosher certification for the plant as well as a team of experts reviewed the tapes and concluded that “Agriprocessors has been completely cooperative” in continually seeking to maintain the highest standard of humane treatment of animals.

UFCW, frustrated that Rubashkin would not allow them to unionize his workforce, was the source for many of the labor allegations still being repeated today. It is worthwhile to note, however, that Rubashkin was acquitted of all the labor violations he was ever charged with. And the fines for workplace safety violations that were so loudly trumpeted in the aftermath of the raid were quickly (and quietly) reduced to less than 25% of the original fine. Worker compensation and benefits were also always industry standards.

For many Haredim, the disingenuous nature of the attacks hammered home the idea that it was more than just Rubashkin on trial in the court of public opinion. It was the focus on the continued “otherization” of the religious practices he adhered to at Agriprocessors – and Kosher slaughterhouses around the world which convinced the broader Haredi world that Rubashkin was just a stand-in for all of them in this conflict.

He was only ever a means for these interests to pursue their desired ends.

It is somewhat disconcerting to see people still parroting the allegations of the UFCW as facts – despite the fact they only ever were allegations. None of those were ever proven, and many of them were debunked.

So maybe Rubashkin isn’t that awful a person after all. Perhaps we can find a place in our hearts for a man who committed a crime in the face of difficult circumstances, but was still the subject of a “veritable witch hunt. Maybe we can even recognize that the people who are according him a “hero’s welcome” are in fact celebrating a different sort of heroism – the heroism of a man who inspired others, as he stoically kept his faith in God even when it appeared he would never see his wife and ten children as a free man again. Maybe they should be allowed to celebrate the miracle of his sudden release.

Maybe, just maybe, we can accept that people – all people – deserve a chance at redemption.

Eli Steinberg lives in Lakewood, New Jersey with his wife and four children. They are not responsible for his opinions, which he has been putting into words over the last half-decade, and have been published across Jewish and general media. You can tweet the hottest of your takes at him @DraftRyan2016.

Rubashkin Was Put On Trial – But So Were We