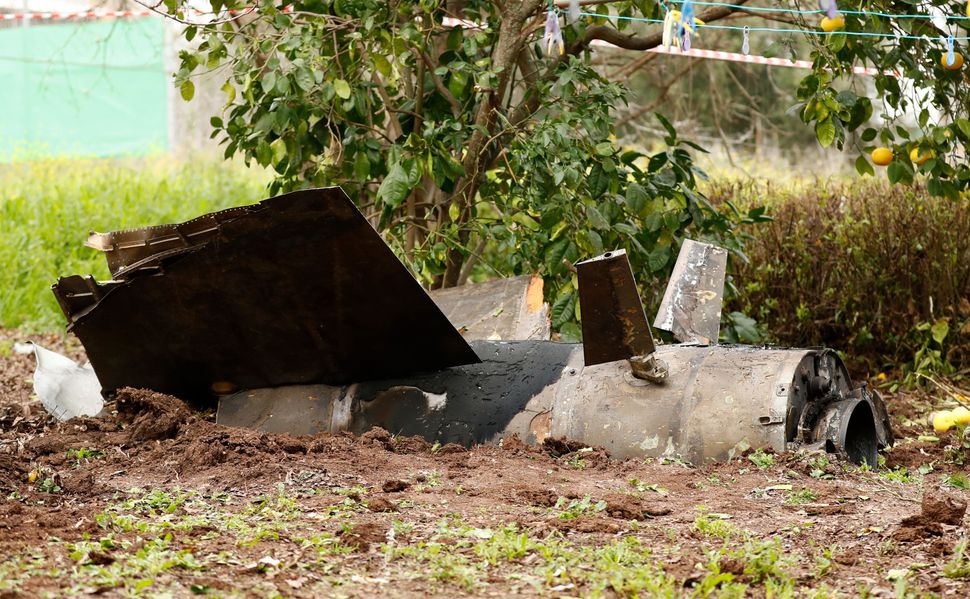 Saturday, February 10, witnessed a dramatic escalation in Israel’s simmering war to its north. The Israel Air Force shot down an Iranian drone flying provocatively in Israeli airspace. The IAF then bombed Iran’s drone base deep inside Syria. Then an Israeli F-16 was downed by Syrian missiles. In response, the IAF proceeded to destroy a sizeable portion of Syria’s anti-aircraft capabilities.

Even before Saturday’s fighting, Israel’s security establishment was convinced that the country was heading for a major war across its northern borders with Syria and Lebanon. Israel has been observing with growing concern the buildup of a coalition linking Iran, Syria, the Lebanese Shiite Hezbollah militia and a host of additional Shiite mercenary forces recruited by Iran. The unprecedented aspects of Saturday’s fighting—an Iranian penetration of Israel, the degree of damage inflicted on Syria’s armed forces—appear to bring ever closer a day of reckoning in the north.

One aspect of this countdown to war that is of primary concern is the prospective role of the two superpowers that have traditionally — in 1948, 1967, 1973, and 1982 — gotten involved and exercised influence in a major Middle East war involving Israel.

So where were Moscow and Washington on Saturday?

Apparently, neither President Vladimir Putin nor President Donald Trump wants to get involved. Yet each has radically different reasons. In this regard, particularly after February 10, Israel has to be doubly worried.

Putin is deeply involved militarily and strategically in Syria, where Russia has bases and is allied with Iran in supporting the Assad regime. He has adroitly managed to avoid the “quagmire” promised him by President Obama when Russian forces returned to the Middle East in September 2015.

Indeed, one of Putin’s smartest moves has been to maintain close coordination with Israel’s Prime Minister Benjamin Netanyahu. This has taken the form of no fewer than seven summit meetings between the two on Russian soil.

Until Saturday, Putin, who appears to have much stronger respect for Israel and Iran than for the Arabs, kept the two from clashing openly in Syria even as Israel repeatedly bombed Iranian arms shipments on Syrian soil.

That ended with Iran’s drone penetration and Israel’s punitive attack. Putin’s response, after speaking with Netanyahu by phone, was a laconic condemnation of all infringements of Syrian sovereignty.

And Trump? The US has a small training contingent in eastern Syria that is linked to a Kurdish-Arab force currently fighting a Turkish invasion of northwest Syria. This complicates US relations with its NATO ally Turkey and with Russia.

That is indeed a potential quagmire, though a minor one in keeping with the limited nature of America’s deployment. Washington’s forces are also pledged, though without “teeth”, to interdict Iran’s project of establishing a “land bridge” from Tehran via Baghdad to Damascus and Beirut.

But the US is not even a potential player with regards to the Iran-Hezbollah-Syria threat that is escalating along Israel’s northern borders. Washington, after all, is neither present in that arena nor on speaking terms with any of Israel’s antagonists. Secretary of State Rex Tillerson and National Security Adviser H.R. McMaster will visit Lebanon Thursday and will presumably talk with President Aoun and Prime Minister Hariri about issues of potential conflict with Israel on the two countries’ land and naval boundaries.

Yet the real powers in Lebanon today are Aoun’s political ally Hezbollah and behind it, Iran. Both, lest we forget, are allied in Syria with Russia.

No wonder Washington’s reaction to Saturday’s dramatic flare-up was limited to a routine reassurance of support for Israel. It is barely a bench-player in what will almost certainly be the next Middle East war.

Prime Minister Netanyahu has conducted Israel’s confrontation with Iran and the other actors in Syria’s chaos with admirable caution since Damascus lost control over the country in 2011. That goes for Saturday’s clash as well. (Such praise does not apply to Netanyahu’s managing of the Palestinian issue, but that is a different ballgame entirely.)

Now, with escalation looming, what must worry Netanyahu and Israel’s national security planners is the acute superpower imbalance in Syria.

Looking at the prospect of conflict to its north, Israel needs strong American backing based on American influence. Sadly, that does not seem to exist. Trump — ironically, like his bête noir, President Barack Obama before him — seems determined to limit US involvement in Syria to a minimum.

Israel also needs for Russia to exercise its by-now exclusive influence over Iran to back off. Moscow could, if it wanted, have a talk with Tehran and de-escalate growing Iranian-Israel tensions in Syria. That, too, is not happening. With the US at a distance, Putin apparently prefers to manipulate Syria’s complicated multi-conflict reality so as to keep everyone fighting on the geographical fringes and Moscow dominant in the Syrian heartland — western or “useful” Syria.

This is almost certainly going to get much worse. It threatens to make the Israeli-Palestinian issue, with or without a Trump “ultimate deal” proposal, look like a side-show.

Yossi Alpher is former director of the Jaffee Center for Strategic Studies at Tel Aviv University. He is the author of Periphery: Israel’s Search for Middle East Allies, and No End of Conflict: Rethinking Israel-Palestine.