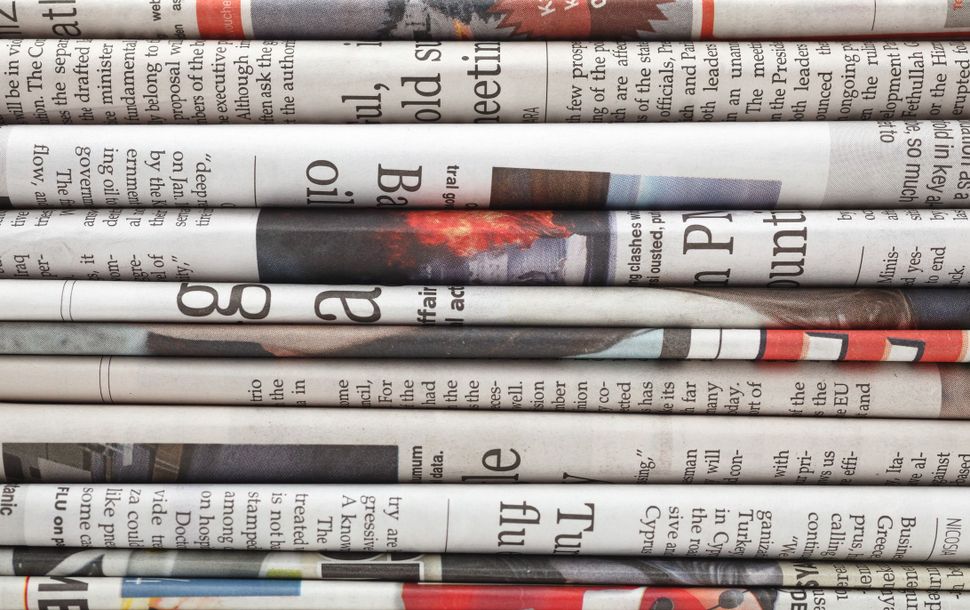 The power of chattering class solidarity was on display this week as powerful pundits practically fell off their platforms in their eagerness to defend New York Times op-ed writer and editor Bari Weiss.

After U.S. Olympic figure skater Mirai Nigasu landed a triple-axel, Weiss tweeted, “Immigrants: they get the job done.” Nigasu, however, is not an immigrant; her parents immigrated from Japan. Lots of people on twitter pointed out that Weiss was wrong, and that her tweet was insensitive, since it suggested that Asian people are perpetually immigrants. Some said she was racist; one person said she was a ghoul. So, in short, a fairly normal day on twitter.

Weiss could have just apologized and moved on. Instead, she doubled down, insisting that the fact that she was being dragged on twitter was “another sign of civilization’s end.” So again, a typical example of someone screwing up and then digging deeper.

What happened next was not normal though. The punditocracy mobilized on behalf of their own. The Atlantic, the former magazine of Weiss’ boss at the Times James Bennet, practically created another verticle devoted to singing Weiss’ praises.

Atlantic writer Julia Ioffe penned a personal testimonial on twitter beginning, “I love Bari Weiss” and continued histrionically, “We have forgotten what it means to disagree with each other without annihilating each other.” David Frum in a quintessense of both-sidesism, sagely insisted that the moral duty not to be offended easily was equivalent to the moral commitment not to give offense. Jeffrey Goldberg, the Atlantic’s current editor, retweeted a link to an essay by Shadi Hamid, which absolved Weiss of any wrongdoing and framed the criticism of her as an existential crisis for the left, repackaging the usual arguments about identity politics and political correctness. Not satisfied with one Bari Weiss defense on the site, Goldberg and the editorial staff greenlit a second piece which said the exact same thing, only at greater length. “I don’t understand why they dedicate so much energy and focus to what even they call microaggressions,” Conor Friedersdorf moaned while devoting 2,200 words in a major online publication to ins and outs of people daring to criticize a stupid tweet.

Weiss, Ioffe, Hamid, and Friedersdorf all frame the reaction to Bari Weiss’ tweet as a threat to civil discourse, the left, or to democracy. But it’s not really a threat to any of those things.

What it is, is a threat to the ability of validated pundits at national magazines, who, in the age of social media, can be challenged in real time when they say silly things. Friedersdorf and Hamid and Ioffe identify with Bari Weiss because it is easy for them to see themselves in her position. She is a serious, connected, center-right pundit who goes to the right parties; they too are serious, connected, center-right pundits who go to the right parties. If Bari Weiss is questioned, they too may be questioned—and so the Republic shall fall.

Chattering class solidarity leads pundits to panic when they see their own standing threatened. In contrast, when the free speech of someone outside the club is targeted, high level pundits often fall weirdly silent. Neither Friedersdorf, Hamid, Ioffe, or Frum have written one word that I can find about the Trump administration’s prosecution of inaugural protestors, journalists, and street medics at the J20 demonstration. Some of those arrested at the protests allege that they were sexually assaulted by police. The Atlantic does have an article that discusses concerns about government data-gathering associated with J20, though. Police abuse directed at weirdo left protestors isn’t newsworthy; government trawling for online data, though? Why, even Atlantic pundits might be affected by that.

Nor has the Atlantic provided much in the way of coverage of George Ciccariello-Maher, a Drexel University professor whose anti-racist tweets resulted in a cascade of white supremacist and Nazi threats which eventually forced him to resign his teaching post. Oliver Bateman, a freelance writer, covered the case for the Atlantic before Ciccariello-Maher’s resignation, but staff writers haven’t bothered to update their readers since.

Why does Bari Weiss being called a ghoul equal the fall of America, while government prosecution of protesting journalists, or Nazis targeting college professors, is barely worthy of comment? Why do pundits rush to the barricades over one bad tweet, and shrug their shoulders over actual threats to democracy?

The answer is the same in each case: chattering class solidarity. It’s easy for Friedersdorf and company to imagine themselves behind Weiss’ keyboard. It’s more difficult for them to imagine themselves protesting in the streets. Ciccariello-Maher, for his part, is a leftist professor who occasionally writes for outlets like Jacobin. For the successful pundit class, his fate seems distant and uninteresting.

Chattering class solidarity is an understandable phenomenon. It’s always easier to empathize with someone if you can imagine wearing their shoes and tweeting from their account. The problem is that pundits with large platforms have, by definition, large platforms; their self-interest has a way of turning into conventional wisdom. That’s why it’s so important for people to speak back to them and remind them that they are not the center of the universe. And if the pundits themselves squawk and moan and declare that it’s the end of the world, well, a world built on chattering class solidarity maybe wasn’t so great to begin with.

Correction: An earlier draft of this piece stated that Friedersdorf and Hamid and Ioffe identify with Bari Weiss because she is their friend. It was meant metaphorically, but has been edited out to remove all ambiguity. An earlier draft also mischaracterized the work of some of the writers discussed. We have updated the piece to reflect the error, which we regret.

Noah Berlatsky is the author of the forthcoming book Chattering Class War: Punching Pundits from Chait to Chapo and Brooks to Breitbart.