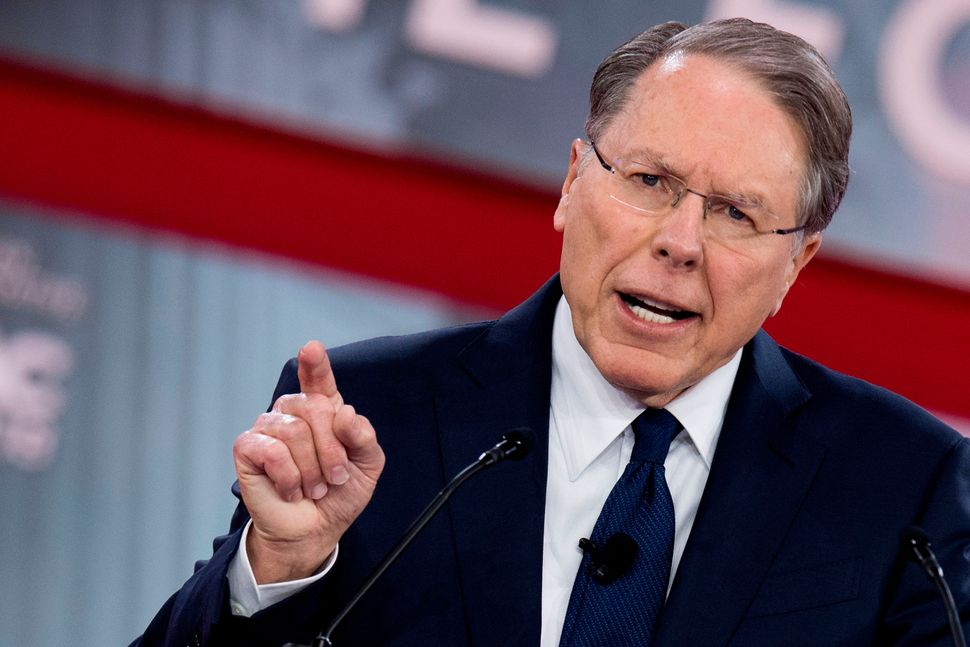 Purim is right around the corner. It’s the holiday in which we commemorate a crazy, long-ago time when wealthy Jews were targeted by anti-Semites, and a vain, know-nothing ruler did nothing to stop it.

Sorry, that’s this past week.

First, of course, came the horrific mass-murder of 17 people, 14 of them students and five of them Jews, at a high school in Florida. The disproportionate number of Jewish victims reflected both the demographics of the area and the virulent anti-Semitism of the shooter, who posted opinions like “I hate Jews, n****rs, immigrants” in a private social media group.

The alleged murderer, Nikolas Cruz, frequently posed for pictures wearing a “Make America Great Again” hat, proving that while Jewish Trump supporters distinguish the populist movement’s anti-Semitism from its nativism and racism, the ‘alt-right’ does not.

And then came the response.

In an unprecedented display of courage, resilience, and idealism, dozens of student-survivors took to the streets, to the airwaves, and to the Florida state legislature, demanding, finally, sensible gun restrictions, such as an assault weapons ban and restrictions for selling guns to the mentally ill.

Led by the National Rifle Association, which pretends to be the voice of millions of gun owners but is in fact mostly funded by gun manufacturers, some on the right responded by vilifying the students, spreading a ludicrous conspiracy theory that they were actually paid actors, and warning, Chicken-Little style, that liberals want to take away everyone’s guns and turn America into a socialist super-state.

The NRA itself went even further.

Wayne LaPierre, executive vice president of the NRA and its leading spokesman for thirty years, delivered the knockout punch of conspiratorial anti-Semitism at a speech at CPAC, the Conservative Political Action Committee’s annual conference.

Moreover, “they politicize the Department of Justice, they weaponize the Internal Revenue Service, the EPA, perhaps cripple the FBI and the intelligence community, and seize and embed leadership in all of them to advance their agenda. Absolute control in every corner of our government is their ultimate dream.”

This McCarthyite vision of a cancer destroying America, what Richard Hofstadter called “the paranoid style in American politics,” is classic populism. It posits a good, mostly rural, less educated, implicitly white Volk being undermined by a corrupt, mostly urban, over-educated, and foreign set of elites. Sometimes those elites are actual Jews controlling Hollywood, “the media,” banks, or political structures. Other times, they are “structural Jews” – foreigners, Communists, elites, or other outsider-insiders who don’t share the values of “the people.”

LaPierre’s speech never mentioned the word “Jew.” And yet, nearly every example of the “enemy” was Jewish.

“History proves it,” LaPierre said, to eruptions of roaring applause. “Every time, in every nation in which this political disease [socialism] rises to power, its citizens are repressed, their freedoms are destroyed, and their firearms are banned and confiscated. It is all backed in this country by the social engineering, and the billions, of people like George Soros, Michael Bloomberg, Tom Steyer, and more.”

There are, of course, many billionaires engaged in progressive “social engineering” – Bill and Melinda Gates, for example, or Jeff Bezos. But the three LaPierre selected for opprobrium are Jews.

And while LaPierre briefly mentioned Congress members Nancy Pelosi and Chris Murphy, only Senator Charles Schumer received extended treatment, when LaPierre called him a “liar to the core.” Even the long-deceased Jewish radical Saul Alinsky got a nod. “The opportunists wasted not one second to exploit tragedy for political gain,” LaPierre said. “Saul Alinsky would have been proud.”

LaPierre’s speech is profoundly disturbing. Not only is it paranoid McCarthyism, but just like McCarthy himself, LaPierre disproportionately singles out Jews as examples of the foreign disease afflicting America.

The speech was particularly terrifying as it turned into a shocking call to arms, with the rule of law as the problem and an armed citizenry as the solution: “Their laws do not stop illegal criminals from crossing our borders every single day. Their laws do not stop this scourge of gang violence and drug crime… Their laws have not stopped the plague of opioids and Chinese fentanyl from Mexico that floods the streets… No wonder law-abiding Americans all over this country revere their Second Amendment freedom to protect themselves more than ever.”

Now, I’m quite sure that LaPierre would deny that any of what he had to say was anti-Semitic. Some of his best friends are probably Jewish. For that matter, Jared Kushner and Stephen Miller are Jewish (though the “internationalist” Kushner has been hit with some of the same animus).

But anti-Semitism, like racism, is an implicit bias, often not understood consciously. (For a revealing look at your own unconscious bias, take the Implicit Association Test.) And, like racism, it is not simply about prejudice against certain people, but about deeply held beliefs about who is “us” and who is “them,” who is inside and who is outside.

“There is a certain people dispersed among the peoples in all the provinces of your kingdom who keep themselves separate. Their customs are different from those of all other people, and they do not obey the king’s laws; it is not in the king’s best interest to tolerate them.”

He doesn’t have to.

And for the Hamans of our generation, Donald Trump is the perfect Ahasuerus: easily swayed, narcissistic, impetuous, unintelligent, unreflective, and with his fingers on the scepter of power. Also desperate for any distraction from the greatest existential threat to our country, which in this case is Russia’s manipulation of our (social) media.

True to form, Trump tweeted that “What many people don’t understand, or don’t want to understand, is that Wayne, Chris and the folks who work so hard at the @NRA are Great People and Great American Patriots. They love our Country and will do the right thing. MAKE AMERICA GREAT AGAIN!”

Which is just what Nikolas Cruz had written on his hat.